This is the residence of General John J. Perishing from childhood to adulthood. It is currently maintained by the Missouri Department of Natural Resources. In addition to preserving his boyhood home, the school at which he taught, the one room Prairie Mound School House, is also preserved in the same area. The home, a Gothic Revival style, was constructed around 1857, but was purchased by the Pershing Family in 1866. During the Panic of 1873, the Pershing family lost nearly everything and Pershing father became a traveling sales man to pay back defaulted bank loans. General Pershing then became the head of the house. Perishing lived there until 1885 and graduated from the US Military Academy at West Point. Perishing had an extensive military career, and moved quickly up the ranks. General Perishing, known as "BlackJack," led the American Expeditionary Forces in WWI, and helped defeat the Central Powers in 1918. He is credited with helping increase moral in the European Allies. With this victory in WWI, he was awarded the rank of General of Armies, a rank only shared with former President George Washington. Pershing earned the nickname, "BlackJack," because he worked with the Tenth Calvary, an all Black regiment. He remains the highest ranking officer in United States Military History. He had previous fought in the Spanish-American War in 1898 at the Battle of San Juan Hill, where his Tenth Calvary fought bravely and secured a victory. He praised his Black soldiers, something that not many military leaders did during this time. Pershing was assigned to track down and capture Pancho Villa, but was unsuccessful. He was an observer in the Russo-Japanese War at Manchuria in the early 1900s, and defeated the Moro Province, where he was their governor when he returned to the Philippines later that year. In addition to his lengthy, heroic military career, he was also a professor at West Point University and the University of Nebraska. When he passed away on July 15, 1948, he was buried in Arlington Cemetery and given highest Military Honors. The home is made up of nine rooms and visitors can tour the home and see a glimpse of what Perishing life was like during boyhood to adulthood. The rooms were refurbished with period furniture and other things. On the site, as previously mentioned, the school at which he taught at before being admitted to West Point is open to the public, also. The home features exhibits about Pershing life and the school also holds interesting displays about the General. There is also a statue of General Pershing, called "Black Jack, that was sculpted by Carl Mose in the 1950s located in the garden. Visitors can also check out a granite memorial with the names of war veterans, called the "The Wall of Honor."

Inside the home, one of the rooms 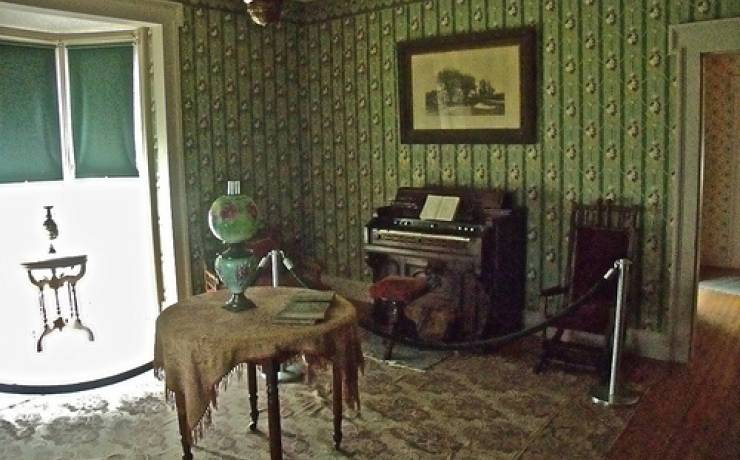 The Wall of Honor 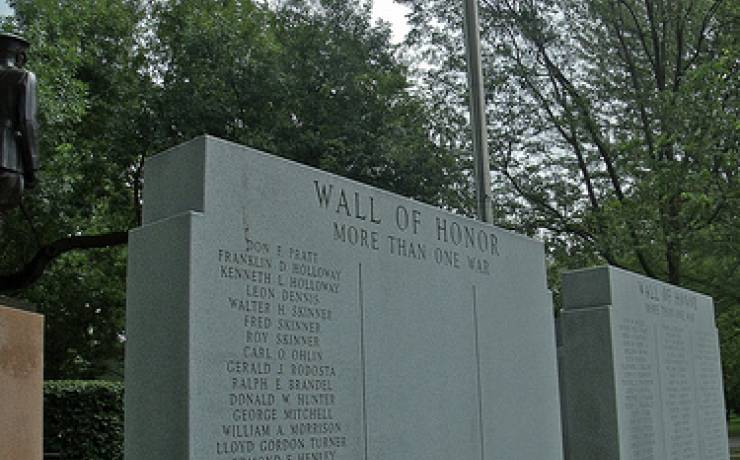 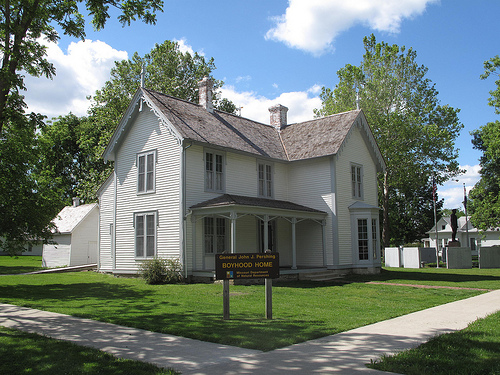 The home was given to the state of Missouri in 1952, after it was discovered that the man who currently owned it wanted to burn it down. The historic site is dedicated to the life and legacy of General John J. Perishing and his men who served faithfully under him. It was designated a national landmark on May 11, 1976.
Tours of both the General John J. Pershing Boyhood Home Historic Site as well as the Prarie Mound School are available. Please visit,   http://www.mostateparks.com/page/54173/interpretive-programs-and-tours for more information about what the tours entail.
The rates for the tours are as follows:

*A copy of a tax exempt certificate must be presented at the facility.

Taken directly from website: The hours for the historic site are currently under review. Please refer to the June through September entry below for the temporarily-enacted hours. Summer Hours (On-Season) April through September 10 a.m. to 4 p.m.,