The "Cowtown Coliseum" was built in 1908 to house the Southwestern Exposition and Livestock Show, commonly known as the "Fort Worth Stock Show." The Coliseum was the site of the first ever indoor rodeo in 1917. Famous for its impressive Mission Revival Architecture, the Coliseum contains large windows surrounded by natural gray stucco, and features rodeos weekly.

Elvis performing at the Cowtown Coliseum. 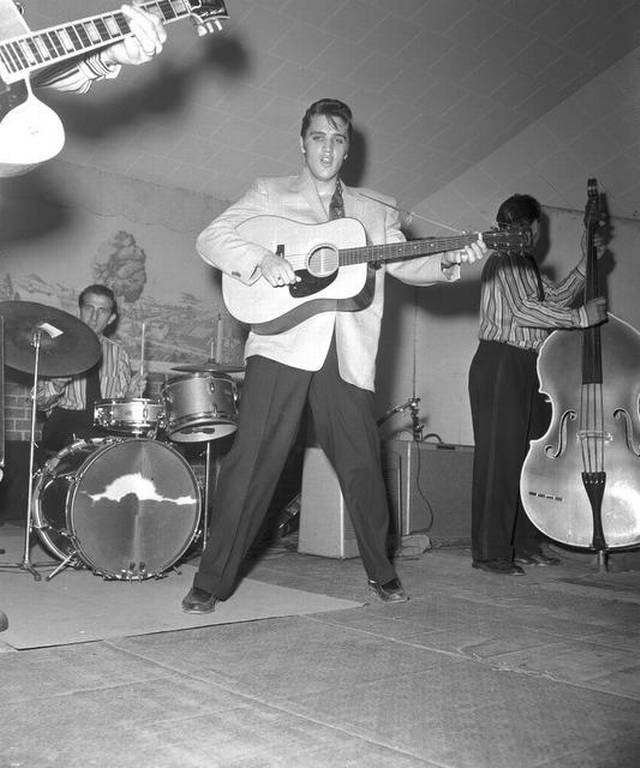 Historical Photo of the Coliseum. 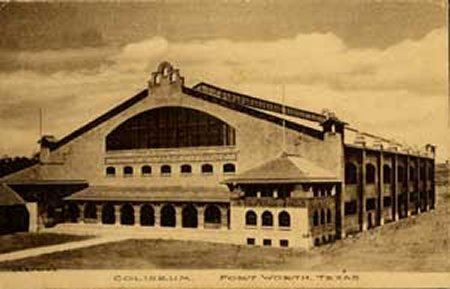 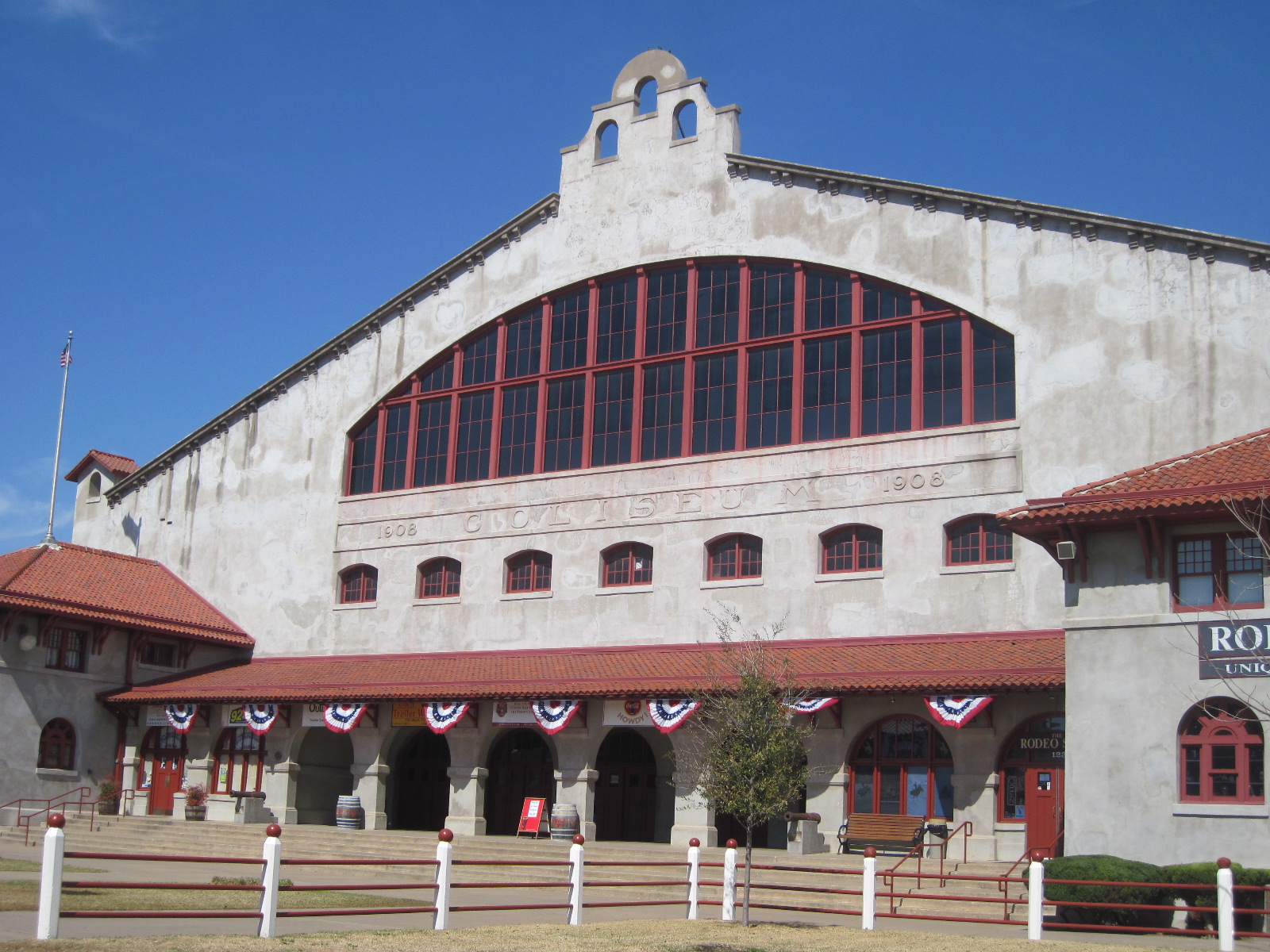 Between 1866 and 1890 more than four million head of cattle were trailed through Fort Worth, which, for that reason, became known as “Cowtown.”1

For the cowboys herding longhorn cattle up the Chisholm Trail, Fort Worth was the last rest stop or supply post for a great distance. Beyond Fort Worth the cowboys would have to cross the Red River, and head into the many troubles that lay in the unconquered Indian Territory. Because Fort Worth was the last place where the cowboys could unwind before months on the range, Cowtown soon became infamous for having a large disreputable entertainment district several blocks south of the Courthouse known all over the West as “Hell's Half Acre.”2

"Hell's half acre" soon became a hotbed for a new sport--the rodeo. Cowboys would show off the roping, riding, and hollering skills as a large audience watched. As the rodeo grew and grew, it soon became too large for any existing structure in the state, much less in Fort Worth. Because the audience traveled from far away, several private companies decided to build a new arena--the largest of its kind--to host the rodeo.

The Coliseum's construction was financed, in part, by the Swift and Armour meat companies. Swift and Armour employed huge numbers of people, and wanted to keep their employees in good spirits. Because of this, Swift and Armour wanted to designed the “largest, most elegant, and perfectly appointed live stock auditorium in the South, and one without superior in the United States."3  The gigantic building was completed in February 1908 at a final cost between $200,000 and $250,000.4

Newspapers and magazines hailed the new coliseum—which would, over the years be called variously the North Side Coliseum, the North Fort Worth Coliseum, the Stock Yards Coliseum, and the Stock Show Coliseum—to be equal to the Great Exposition Hall at the International Live Stock Exposition Building in Chicago; and also reported that it "was of greater value to Fort Worth than the packing plants" themselves.5

After almost forty years of use, the Coliseum grew vacant during World War Two. Afterwords, the Stock Show moved to the newer, bigger, Will Rogers Memorial Complex, located in what is now the Fort Worth Cultural District. Despite the loss of the stock show, the Cowtown Coliseum thrived. It became a national concert venue, seeing acts like Elvis, Doris Day, and more. Other famous guests were President Teddy Roosevelt and his wife, and other heads of state.

Today, the Coliseum sees a variety of acts, and hosts a rodeo and wild west show every weekend--the very same show that delighted audiences over one-hundred years ago.

Rodeos are shown every Friday, Saturday, and Sunday, at various times.