Billed as "the last great hall built in this century," Bass Hall graces the Fort Worth skyline. Featuring two intricately crafted 48-foot high limestone angles on the front facade, the artwork and craftsmanship of Bass Hall is certain to dazzle. 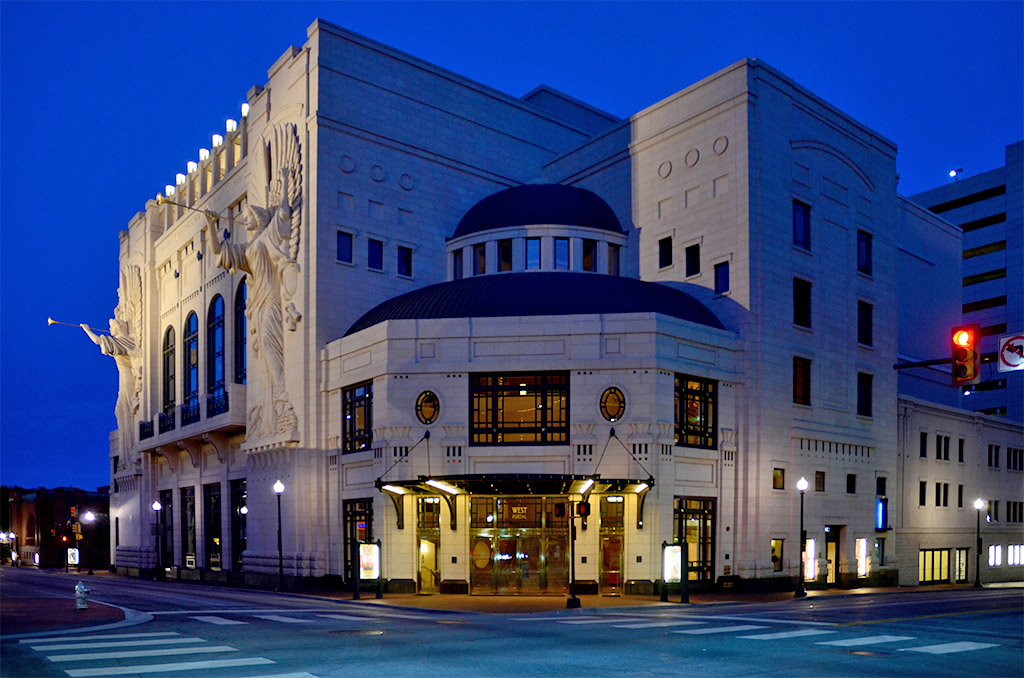 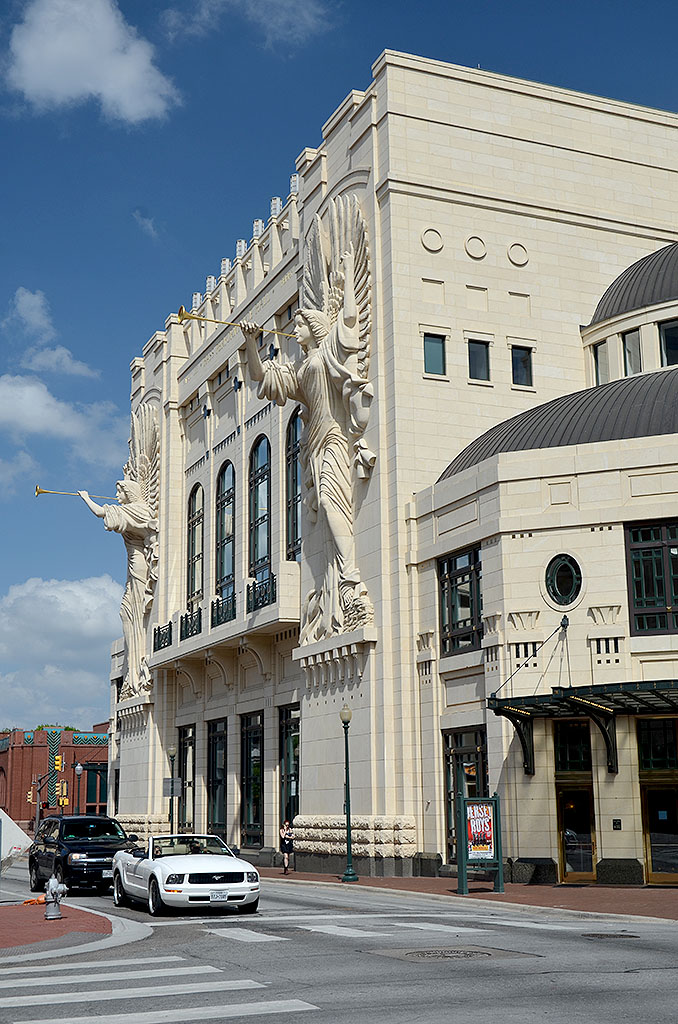 View from the stage. 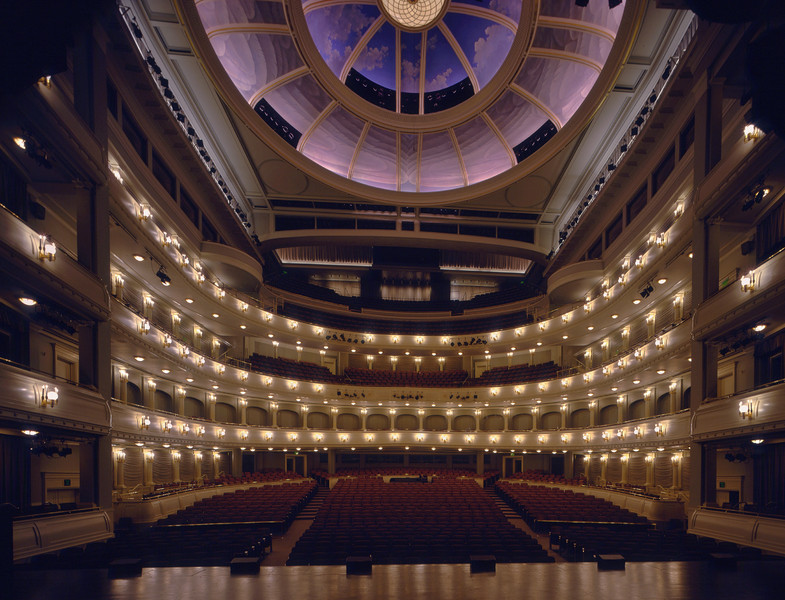 The Bass hall, constructed more recently, is considered to be among the best opera houses in the world.

The Hall was built with Texas limestone and was designed by Architect David M. Schwarz/Architectural Services, Inc. in 1998. Carefully designed to evoke the masterful styling of a classical European opera house, it features an 80-foot diameter (24) meter Great Dome, with murals designed by artists Scott and Stuart Gentling.1 The hall contains orchestra seating, box seating, a mezzanine level, and several galleries, all arranged in a european-yet-western horseshoe shape.

The hall also features two 40-foot-tall (15 m) Texas limestone angels sculpted by acclaimed artist Marton Varo grace the Grand Facade.2 The main auditorium, called The Founders Concert Theater, features exquisite hand-painted artwork on dozens of surfaces. The extraordinary detail of Bass Hall has led many locals to call it "The Crown Jewel of Fort Worth," as it sits alongside several iconic local buildings.

The hall, designed as a multi-purpose facility, seats a staggering 2,056 people. Prior to its construction, Fort Worth lacked a centralized performance venue for all of its artisic organizations, using the historic Will Rogers Memorial Auditorium, venues at Texas Christian University, and several others.

The Hall houses several of Fort Worth's flagship artists, among them: The Fort Worth Symphony Orchestra, the Texas Ballet Theater, the Fort Worth Opera, and the Van Cliburn International Piano Competition, and Cliburn Concepts. The Cliburn, named after noted Fort Worth pianist Harvey Lavan "Van" Cliburn Jr., is considered to be the world's premier piano competition.

In 2001, the adjacent Maddox-Muse Center officially opened; and with it, the new Van Cliburn Recital Hall and the McDavid Studio with 220 seats (renamed in 2006 from McNair Rehearsal Studio). Also housed within Maddox-Muse Center are offices for Performing Arts Fort Worth, the non-profit organization that oversees management of the Hall, and the Fort Worth Symphony Orchestra. Both venues in the Maddox-Muse center feature unique programming in addition to that offered in the hall, bringing in live music, comedians, and other forms of entertainment to delight audiences from all around Texas.

The Bass Performance Hall is open for use by a variety of performing arts organizations. Beginning in 1998, the Hall was in a partnership with Casa Mañana Theater, who would present touring Broadway shows at the Hall, as well as self-produced productions. Despite universal acclaim, this program ended in the mid 2000s with the creation of Performing Arts Fort Worth, the organization that has since been responsible for programing at the Bass Hall.

Every year, Bass Hall invites thousands of young school children to experience first-class entertainment, including concerts, live theater, and cinema. The outreach program conducted by the hall allows for tens of thousands of students to glimpse the glamorous would of entertainment, and experience art beyond the classroom.

Seasonal, depending on performances.