Opening in 1924, the Soreno Hotel was the first of ten major hotels in St. Petersburg that was constructed in the 1920s. The million dollar Mediterranean style resort hotel was designed by Geoffrey Lloyd Preacher for investor Soren Lund. During the Second World War, this hotel was used to house servicemen stationed in the area. The hotel faced increasing competition by newer hotels and resorts and closed in the 1980s. For varying reasons, the building was demolished despite the efforts of preservationists in 1992. The demolition of the hotel was used to film action scenes for the movie "Lethal Weapon 3", which featured Mel Gibson and Danny Glover. Later, the hotel was replaced by the Florencia Condominiums.

This postcard shows the first million-dollar hotel in St. Petersburg in the 1920s. 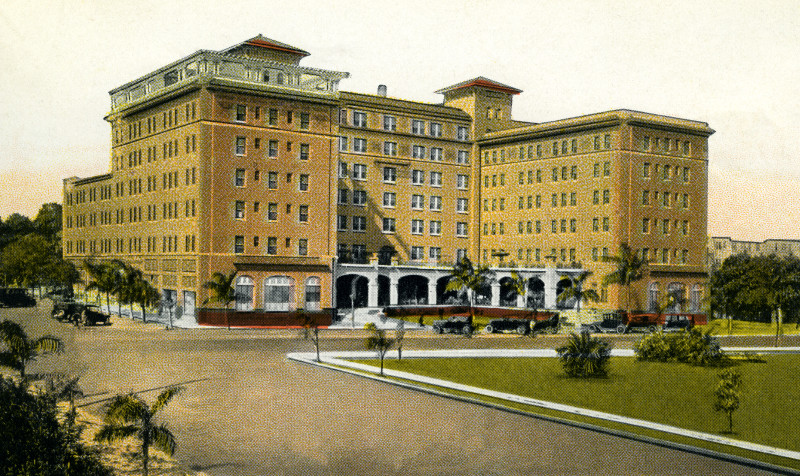 The historic hotel was replaced by the Florencia high-rise condos. The developer sponsored a historical marker paying tribute to the Soreno along with a display of historical photos in the lobby. 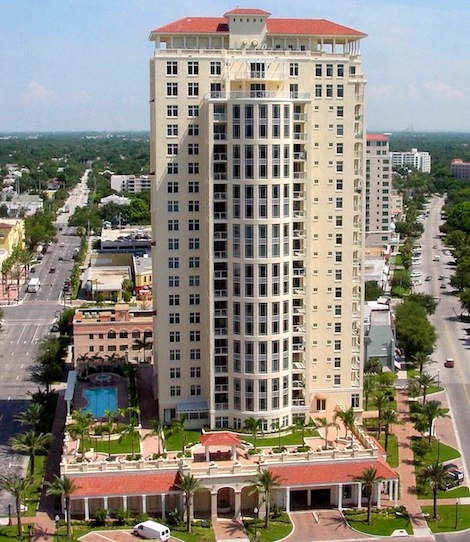 Soreno Hotel not long after it was completed 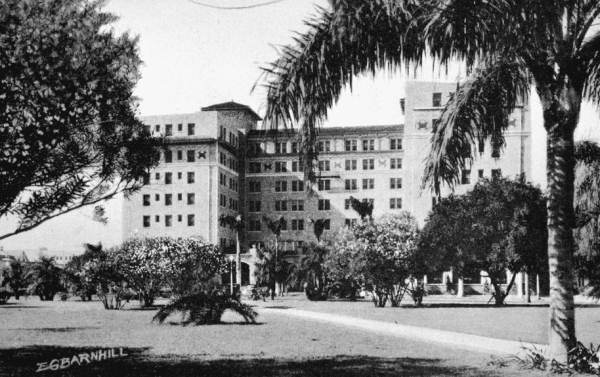 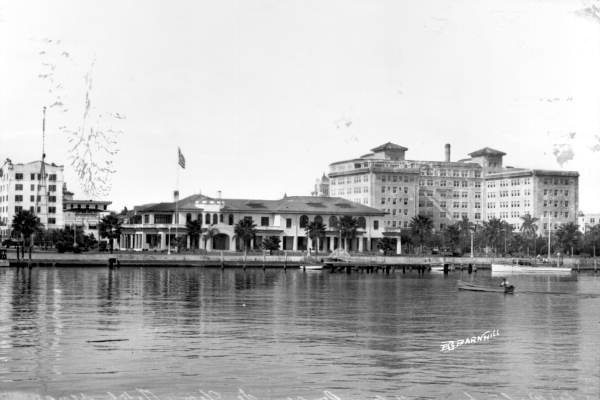 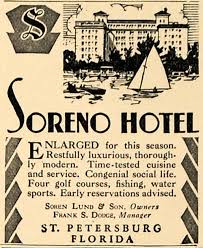 The Soreno Hotel was under construction beginning in 1923. Geoffrey Lloyd Preacher was the assigned architect for this hotel. Named after its owner Soren Lund's son, the hotel was opened to the public in 1924. In 1929, the seventh floor was created, which allowed the hotel to maintain 300 rooms.
The hotel's demolition proved to be extremely controversial. For instance, the locals felt their desires and feelings about the hotel were neglected, as the hotel was demolished upon faulty reasoning. The initial purpose of demolishing the hotel was never carried out, as the citizens in the area claimed that the building was torn down for no legitimate reason.
Formerly known as the Soreno Hotel, the Florencia took over the grounds of the former hotel. It became a condominium location in the heart of St. Petersburg. In remembrance of the Soreno Hotel, there is a fountain at the back-side of the Florencia that has the Soreno's logo written along its surface. Also, this logo, the coat-of-arms, was placed on many of the Florencia's dining dishes.
Many features of the old Soreno Hotel were mirrored in the new building. The entirety of the old hotel's decorations revolved around a Mediterranean style of architecture. Features of the old hotel included a clay tiled roof, stucco, arched entrance, and sqraffito decor. The new hotel mimicked this sense of style and also included a remodeled room based on the old hotel's famous Park Room.