The second-oldest home in Fairfax, this two-story Federal Style home was completed in 1821 and first occupied by Simeon and Catherine Draper. Simeon Draper was the community physician and dentist for the Town of Fairfax, then called Providence, and used ran his practice out of the home with space for an examining room and office in addition to living quarters. The home is now private property and not available for tours. However, the Draper House is located near the oldest home in the city, the Ratcliffe-Allison House, which is often open to the public for tours on Saturday afternoons during the summer.

The Draper House is the second-oldest home in Fairfax. Photograph by Kevin W. on hmdb.org 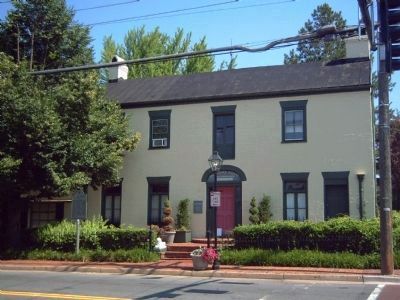 A view of the home in 1962 shows the house in a state of disrepair. The porch was removed but the rest of the structure was preserved. 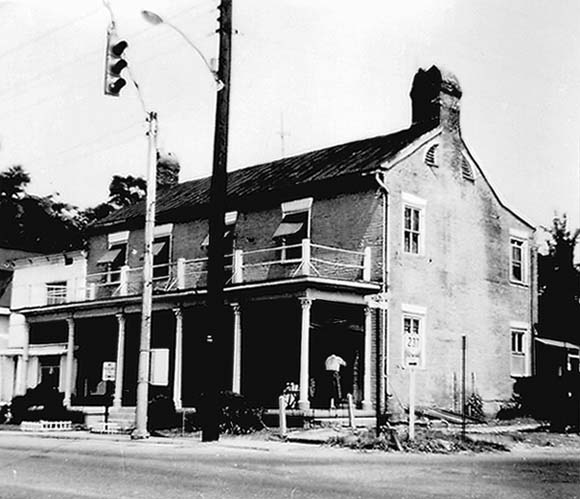 The house is in the Federal Style, characterized by Flemish bond brickwork and end chimneys.

Draper acquired the rights to use this land prior to building the home from town founder Richard Ratcliffe for the consideration of $20. This practice was not common, but the two families were close enough to form a long-term lease for land that included the creation of a building owned by one party on land owned by the second. Draper taught many other aspiring physicians, including his nephew Charles Draper Williams who lived and studied under his uncle at his home. Charles Draper became an influential physician in New York.

Simeon Draper passed away from cholera during an 1832 epidemic that struck the area. His widow sold her husband's medical books and equipment to pay debts. She later opened the house to borders, providing weekly and long-term tenants with meals and lodging. She sold the home in 1871 to her son-in-law, William Chapman. The property was used as a boarding house and other purposes, but was not well-preserved. As a result, the property may have been demolished had it not been for the efforts of preservation-minded citizens.