Edsel and Eleanor Ford’s home on Gaukler Point in Gross Point Shores was completed in 1929. The 30,000-square-foot home was built in a Tudor Revival style meant to resemble an English Cotswold cottage. The exterior is made of sandstone, with a stone roof and leaded windows. The interior is decorated with fine pieces of art and antiques collected by the Fords. The home lies along the shore of Lake St. Clair and has beautifully landscaped grounds that feature naturalist principles. The Fords raised their four children in the home and later donated it to a public trust. Today, it is used as a museum and event center. 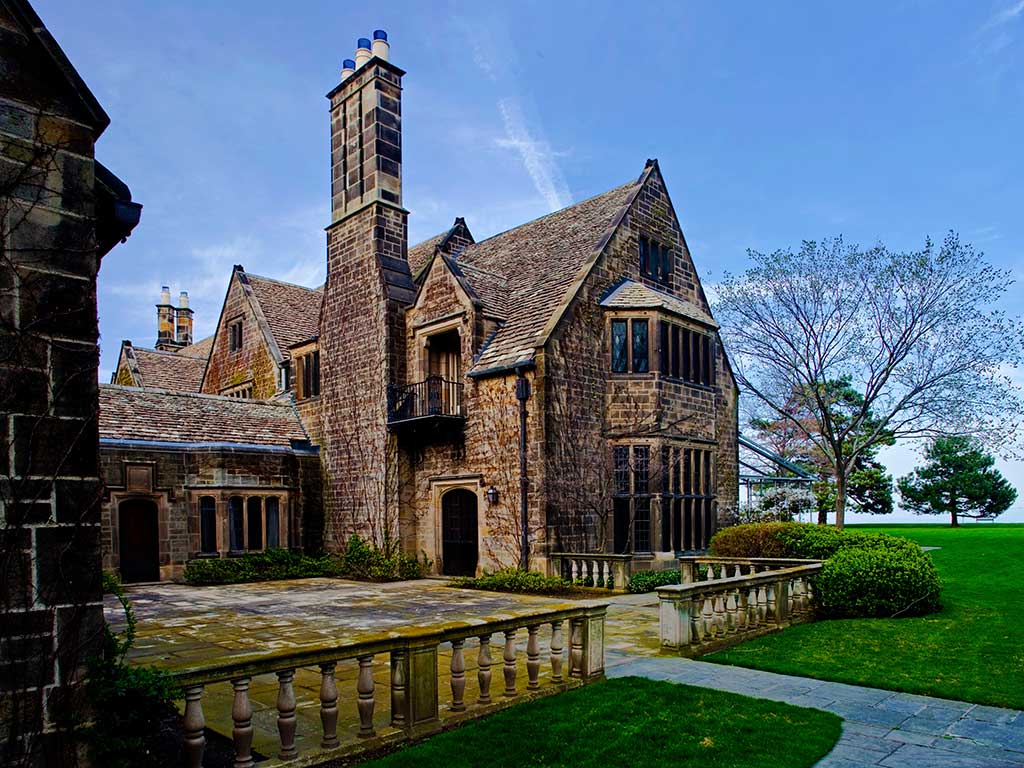 The drive up to the house's front entrance 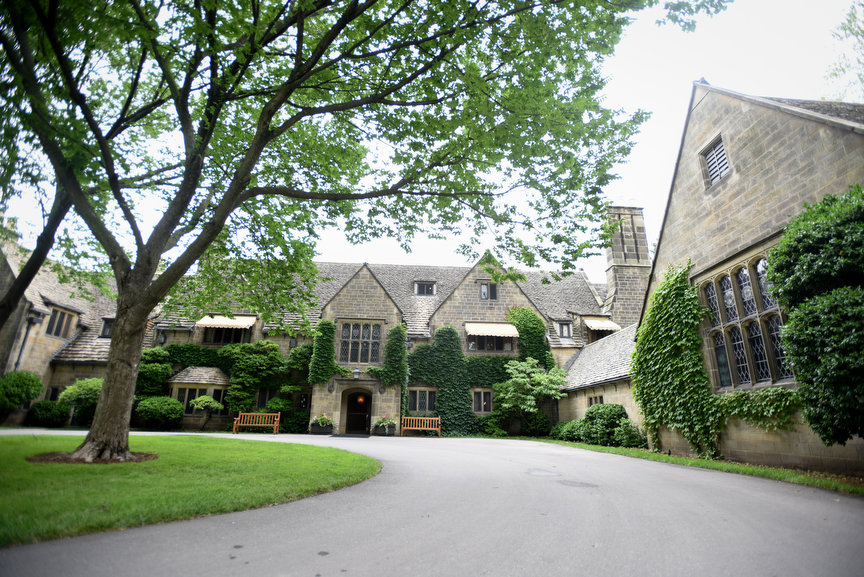 The house from the back 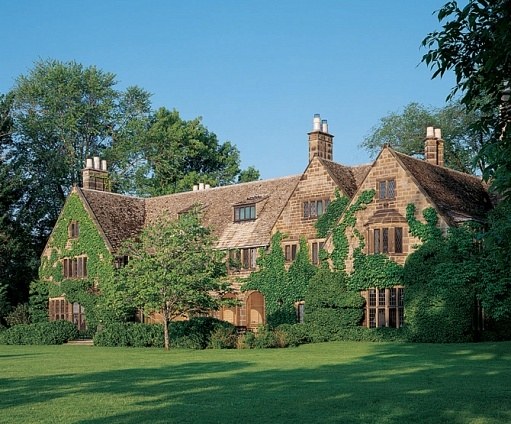 The main entrance with grand staircase 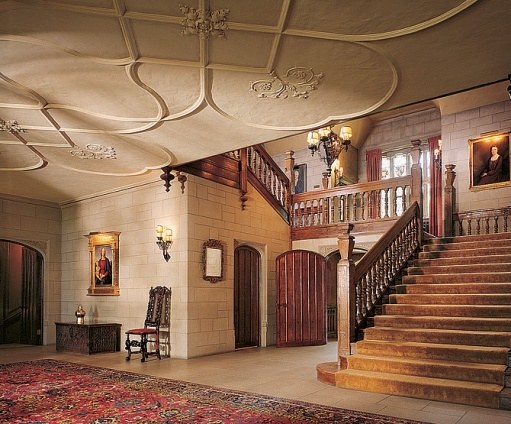 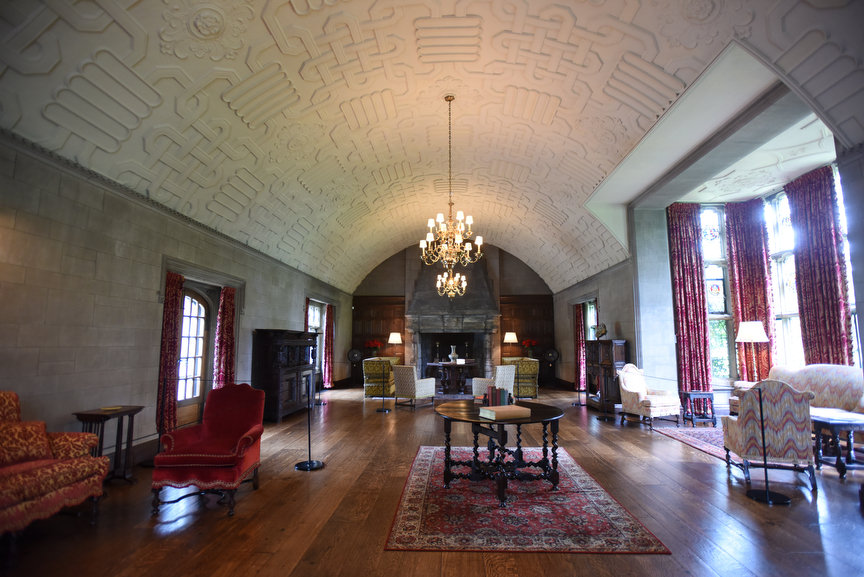 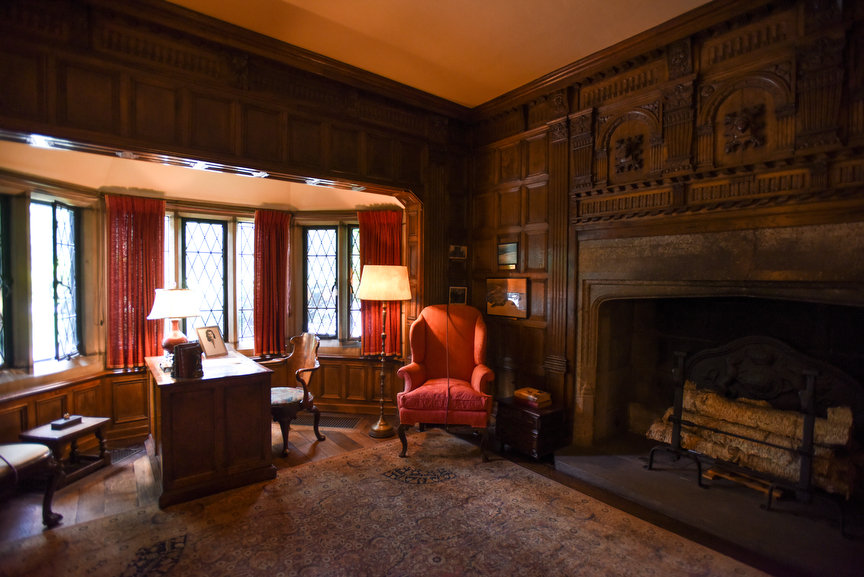 View from the upstairs of the grand staircase 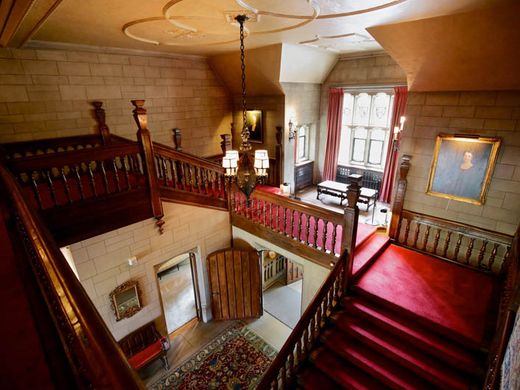 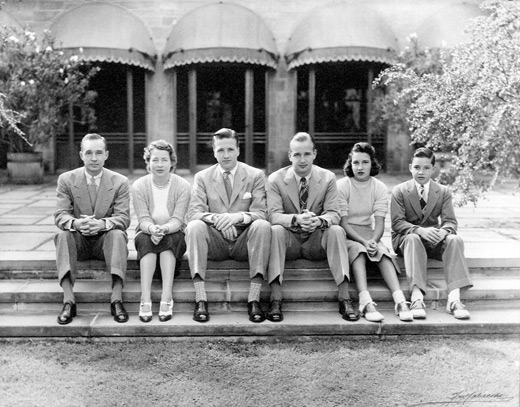 Edsel Ford was born in 1893 as the only child of auto pioneer Henry Ford and his wife Clara. Edsel was very young when his father began making great strides in automotive innovation, and he grew up riding in some of the earliest Ford inventions. He went to work at the Ford Motor Company in 1912, at the age of 19, and was named president of the company just 6 years later. While still just a teenager, he met Eleanor Clay at a dance school. Eleanor was born in 1896 and was related to the owners of Hudson Department Store. The two childhood friends developed a romance and were married in 1916. The Fords had four children, Henry II, Benson, Josephine, and William, who were still young when the family moved into their new Gross Pointe Shores home. They would grow up with the home at the center point of their childhood memories. The Fords were great philanthropists throughout their lives, supporting the Detroit Institute of the Arts, Henry Ford Hospital, the Ford Foundation, and numerous other charities. In 1926, Edsel backed Admiral Richard Byrd’s first flight to the North Pole. Edsel died in 1943 and Eleanor continued to live in the home until her death in 1976. In her will, Eleanor donated the home and all of its furnishings to a trust for use as a museum.1

THE HOUSE AND GROUNDS

Construction began on the home in 1925. For the home’s design, the Fords chose famous architect Albert Kahn, who designed many of Detroit’s notable buildings, including several of the Ford Motor Company’s factories. The home was meant to resemble an English Cotswold cottage, with an imported English stone roof, vine-covered walls, and leaded windows.2 The Tudor Revival style home has a sandstone exterior. The home has 30,000 square feet and around 60 rooms to hold the Fords’ huge collection of fine art and antiques.3

The estate grounds were designed by Jens Jansen, who was renowned for his conservationist approach to landscapes that appear completely native and natural. With 125 acres of space, Jansen included a rose garden, meadows, decorative stone walls and hedges, and tree- and flower-lined lanes. He created a bird sanctuary out of a nearby peninsula, which became known as Bird Island. Jansen surrounded the huge swimming pool and lagoon with trees and plants to give the impression of stumbling upon a woodland pond. The grounds also include a large playhouse and look out over 3,000 feet of shoreline along Lake St. Clair.4

Edsel and Eleanor Ford’s home is currently open for public tours and hosts many events throughout the year. It was listed on the National Register of Historic Places in 1979.