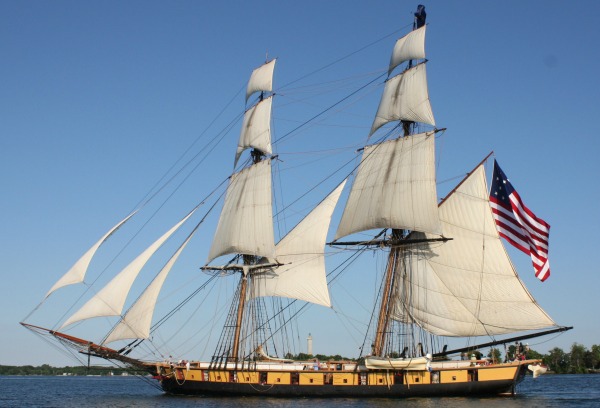 Learning square-rig sailing on the deck of the Niagara. 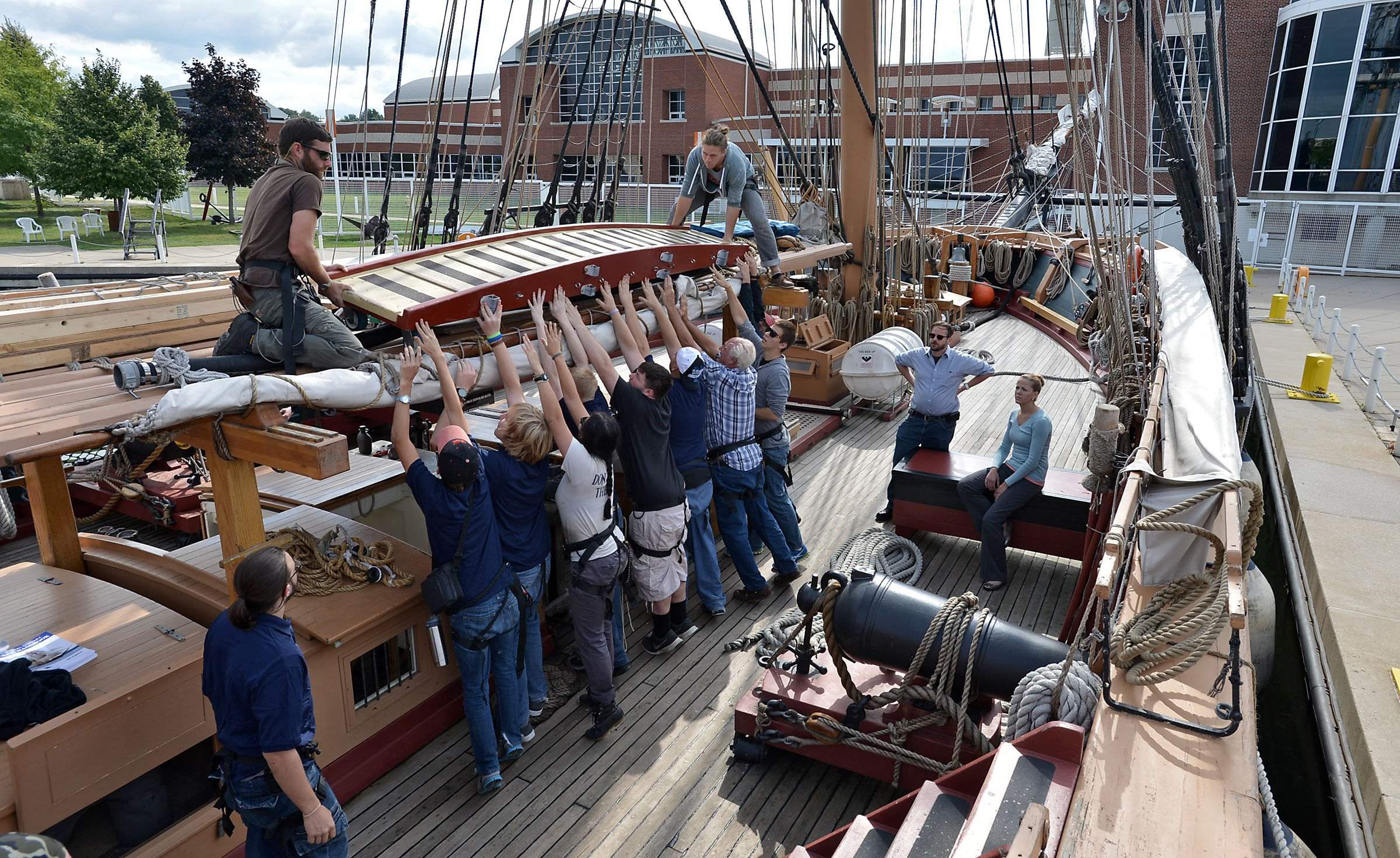 Sailors man the cannons during a re-enactment event. 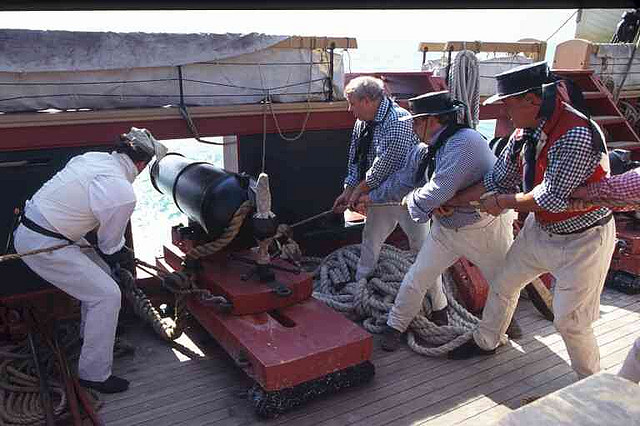 During the war, a crew of 155 manned the ship. After the war, it was sunk to help preserve it. In 1913, it was raised and rebuilt for centennial celebration of the battle. Another partial restoration was attempted in 1931, but lack of funds prevented it from being completed.  As a result, it slowly began to deteriorate again and eventually was placed in a concrete cradle in the 1950s.

The Flagship Niagara League was then formed in 1981 and raised enough funds to attempt a third restoration effort in the mid-1980s.  However, during this process it was discovered that much of the ship was damaged beyond repair and mush of the original ship was destroyed.  A replica ship was then built which incorporated as much of the original as possible.  It was launched in 1988 to celebrate the 175th anniversary of the Battle of Lake Erie.

The Flagship Niagara League still tends to the replica Niagara and she sails the waters of the Great Lakes as an ambassador for the state of Pennsylvania as she is the official flagship of the Commonwealth.  She also serves as a sailing school preserve the skills of square-rig seamanship.