National Jewish Health, the nation’s leading hospital in the field of respiratory medicine, began in the 1890s as the National Jewish Hospital for Consumptives. It is perhaps the most significant legacy of the days when the dry, sunny climate of the American West was the recommended remedy for tuberculosis. Numerous sanatoria in the Rocky Mountain region existed to serve better-off patients, but the poor who traveled west in search of a cure found little welcome and fewer resources. In 1889, Francis Wisebart Jacobs, known as Denver’s “Mother of Charities”, called on Denver’s Jewish community to build and fund a nonsectarian hospital for homeless consumptives. Her foundation has evolved into one of the premier institutions in respiratory medicine.

The B'nai B'rith Building at National Jewish Health stands on the southeast corner of Colfax Avenue and Colorado Boulevard. 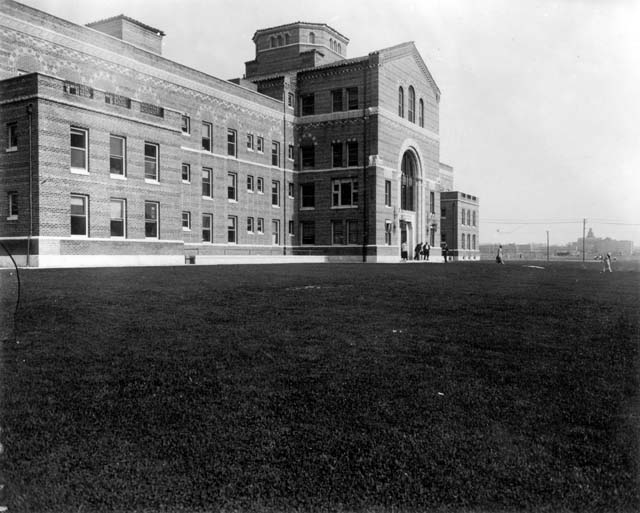 Frances Wisebart Jacobs, founder of the National Jewish Hospital for Consumptives and Denver's "Mother of Charities". 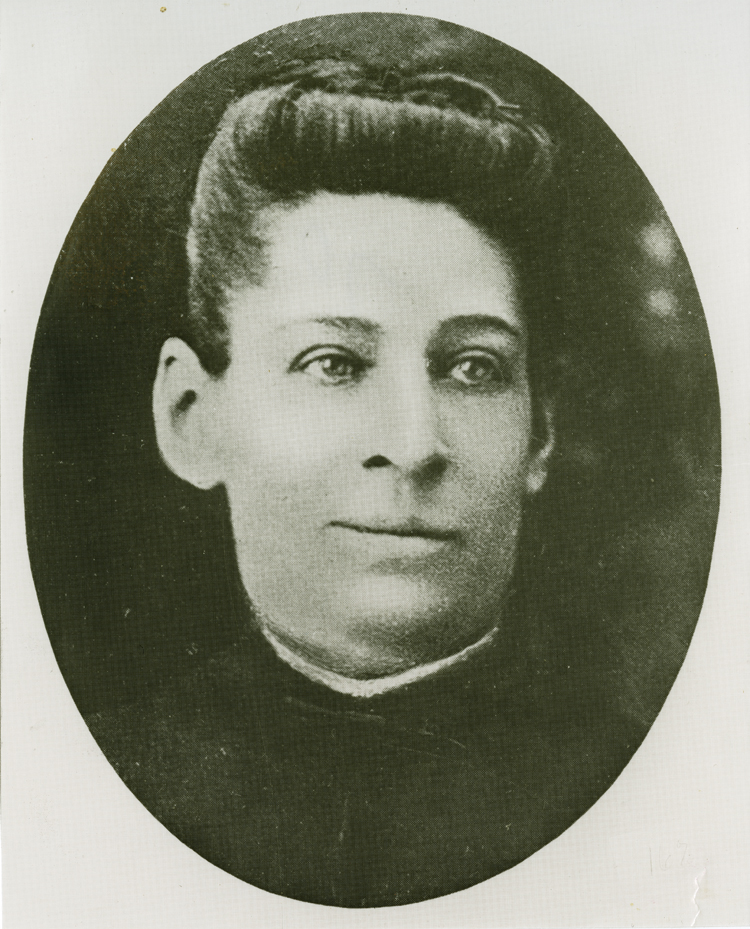 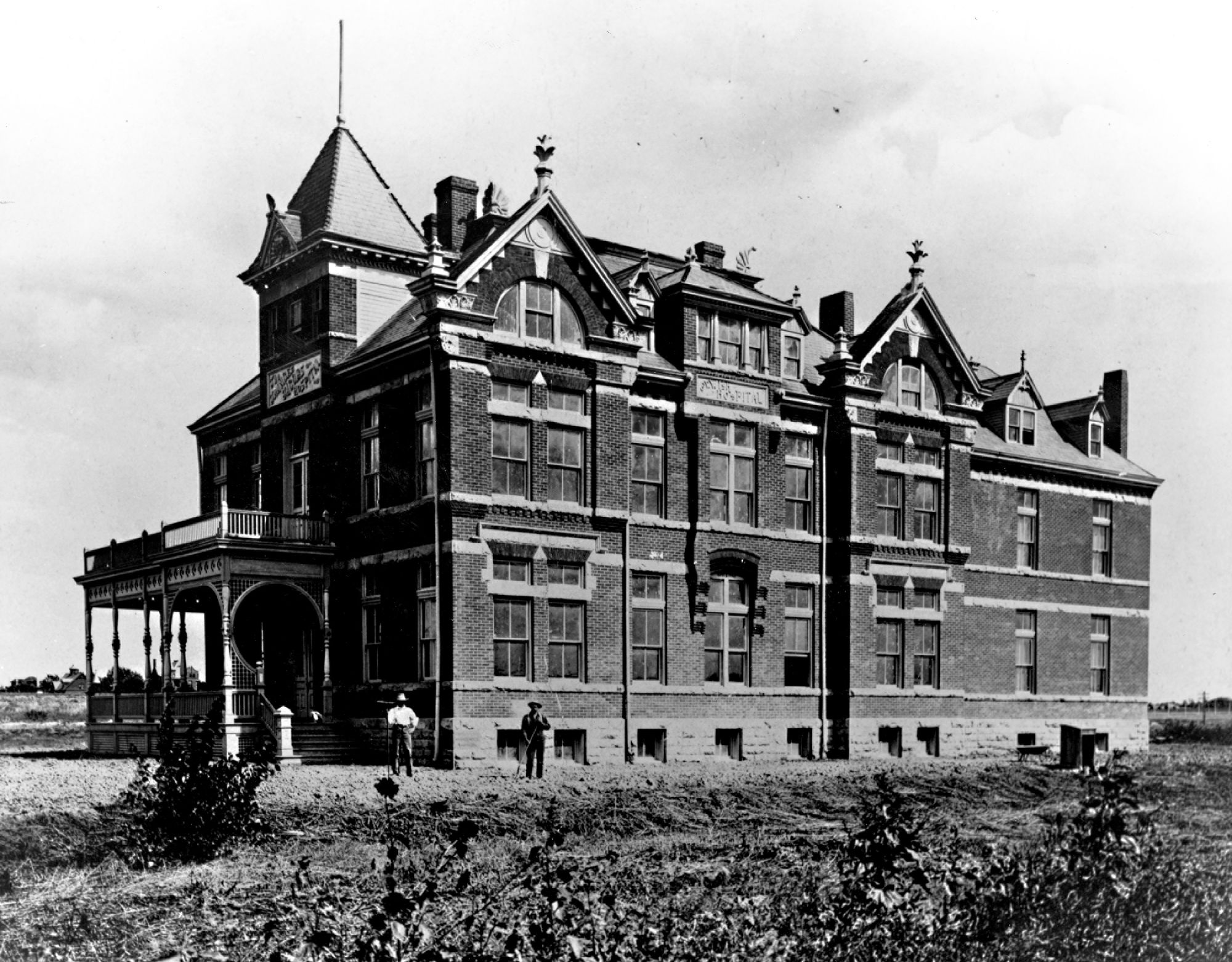 Article on "heliotherapy" in Colorado about treatment for tuberculosis, from the Transactions of the American Climatological and Clinical Association of 1915. 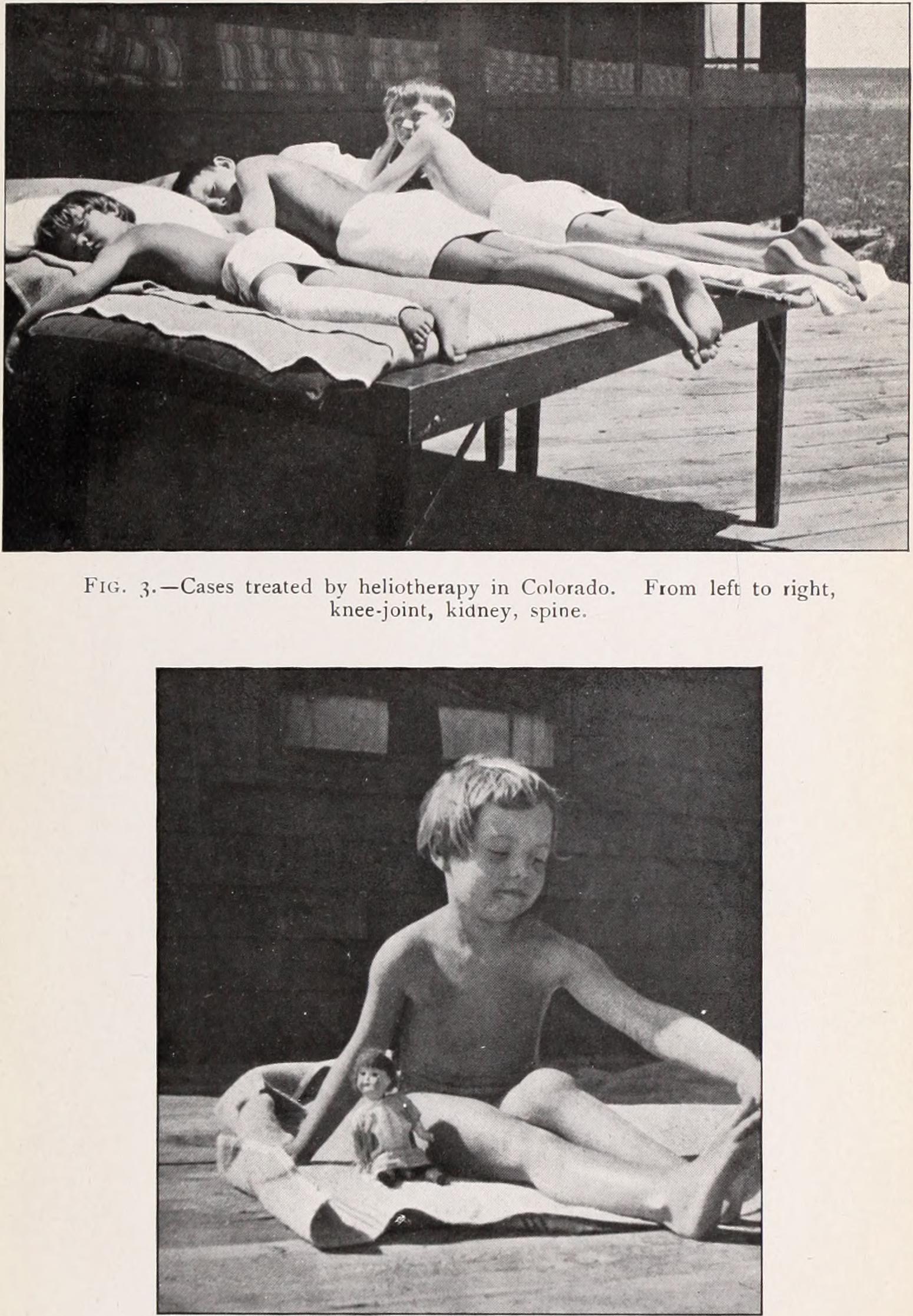 The Romanesque Revival facade of the newly built B'nai B'rith building photographed for The Architect and Engineer, 1930. 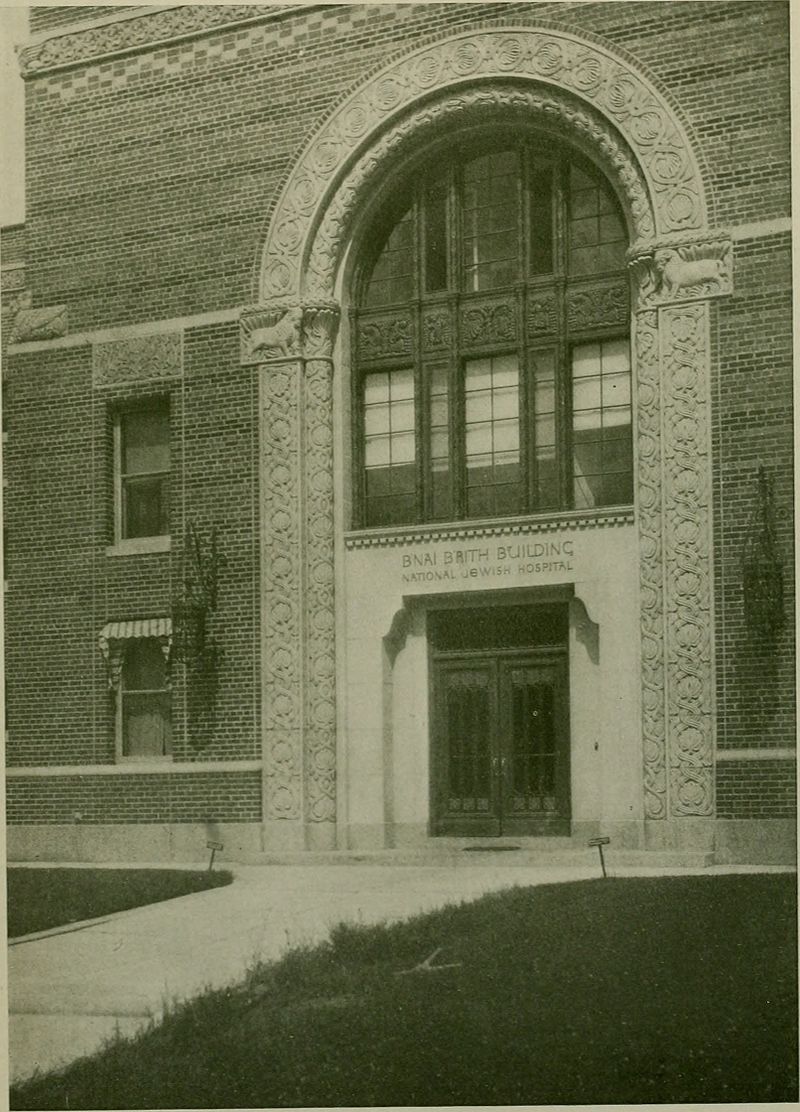 At the end of the nineteenth century, tuberculosis ranked among the leading causes of death in the United States. The most widely accepted remedy for the disease was a dry, sunny climate. In Europe,  the Alps became a magnet for sufferers. In the United States,  the sunlit spaces of the west drew patients from all over the country.  “Lungers”, as these patients were known, were so common that by the turn of the century, it was widely believed in Colorado that one in three of the state’s residents had come to the state seeking health, and many prominent Colorado citizens had indeed first come west for that reason.  For the wealthy, treatment might mean in a stay in a resort-like sanatorium such as the famous Cragmor in Colorado Springs. But not all of those who came to Colorado hoping for a cure had the resources necessary to ease the move across the country. And as most boarding houses refused to accept “lungers”, many of the poorest sufferers who flocked to the city became homeless.

One of the few willing to provide hands-on assistance to tubercular patients who found themselves on the margins of society was Frances Wisebart Jacobs, the Kentucky-born wife of a Denver store owner. Jacobs, a committed philanthropist who had founded a local Hebrew Ladies’ Relief Association while living in CentralCity.  once established in Denver, she quickly became a leader in the Denver Ladies’ Relief Association.  In 1885, she founded the Denver Free Kindergarten Association, which provided kindergarten classes to the children of Denver until the Denver Public Schools began offering them in 1894. Alongside clergymen representing the Episcopal, Catholic, and Congregational churches, she helped form the Charity Organization Society, a forerunner of the United Way.  When sixteen pioneers were honored with stained glass windows in the new state capitol, Jacobs was the only woman in the group.

Jacobs also went into the poorest communities of Denver, including the riverfront camps known as the Bottoms, to bring food and medical care to the ill. She was particularly struck by the number of recent Eastern European immigrants suffering from tuberculosis with no access to care. In 1889, she started the Jewish Hospital Association alongside Rabbie William Sterne Friedman of the Temple Emanuel with the aim of founding a hospital for the tubercular poor of all faiths. The cornerstone was laid in 1892 at what is now the intersection of Colfax and Colorado Boulevard, but the hospital’s first years proved rocky. Frances Jacobs died of pneumonia, likely contracted in her charitable work, only a month later. In 1893, the collapse of silver prices sent Colorado into an economic tailspin. The new hospital stood empty until the end of the 1890s when local leaders persuaded the B’nai B’rith service organization to become involved. The hospital, then known as the Frances Jacobs Hospital, finally admitted its first patient, a woman from Minnesota, in 1899.

In the twentieth century, the hospital, renamed National Jewish, focused its attention on research, then rarely conducted outside of medical schools. The hospital was at the forefront of developing effective drug therapies for tuberculosis and turned its attention to other respiratory ailments as well. Today it is the leading respiratory hospital in the country.  The hospital campus at the intersection of Colfax and Colorado Boulevard continues to evolve, and the original building known as the Frances Jacobs Hospital is long gone.

The most iconic structure currently surviving is the B’nai B’rith Infirmary building on the eastern side of Colorado Boulevard. Built in 1927 by the Denver firm of Fisher & Fisher in a Romanesque Revival style similar to the one they used for South High School, again drawing inspiration from the medieval buildings of northern Italy. Sculptor Robert Garrison, creator of South High’s gargoyles and friezes, executed the sculptural detailing in terra cotta. Though now used for offices, the building originally housed patients, and its design incorporates sun porches and rooftop terraces for “heliotherapy”, a reminder of the days when the Colorado sunshine was the preferred treatment for tuberculosis.