The Sibley House was built by Judge Solomon Sibley and his wife Sarah Whipple Sproat Sibley. Solomon was Detroit’s first mayor and held numerous other appointments in the Michigan Terrority’s government, including U.S. Attorney General, Congressional Representative, and State Supreme Court Judge. The Sibleys were also involved in Detroit’s effort during the War of 1812 and in the founding of nearby Pontiac. Completed in 1846, the Sibley’s home is the oldest unaltered wooden frame structure in Detroit. It was built in the Greek Revival style with clapboard siding, a unique hanging switchback staircase, and back porches that once overlooked the Detroit River. The home has recently undergone an extensive exterior renovation. 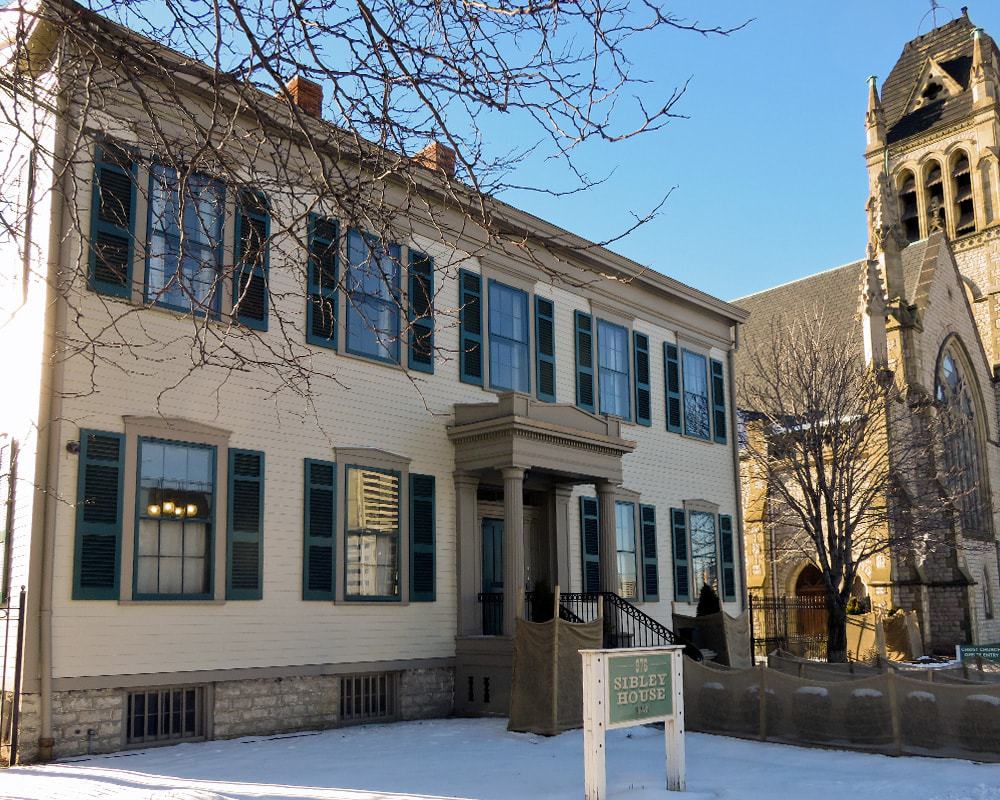 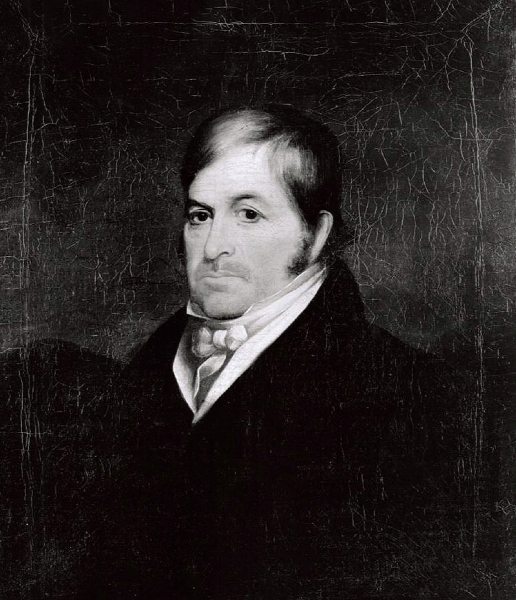 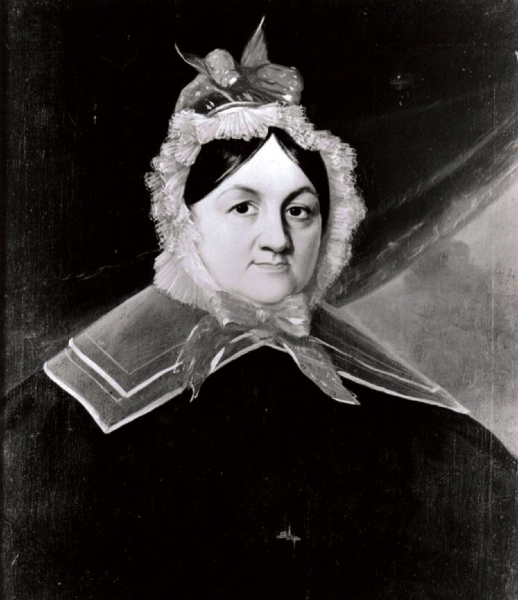 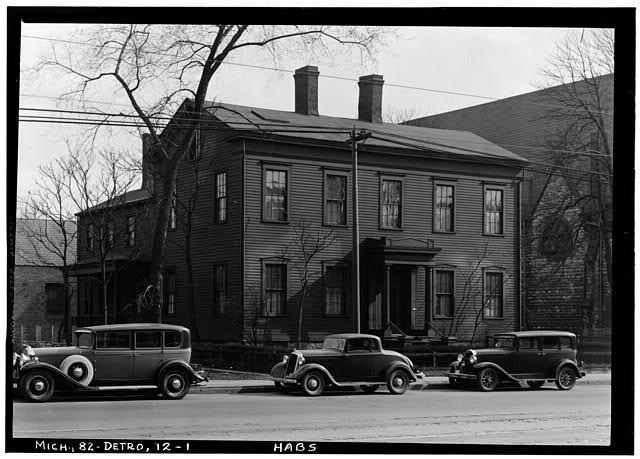 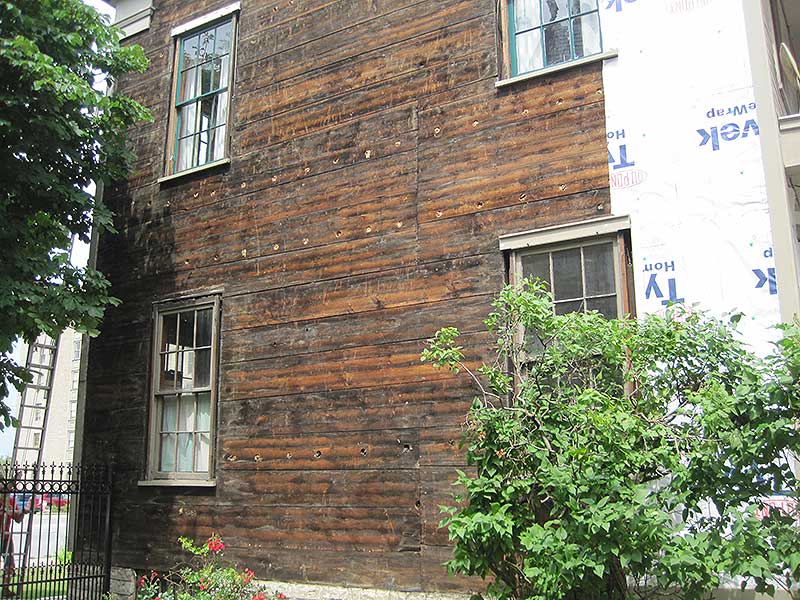 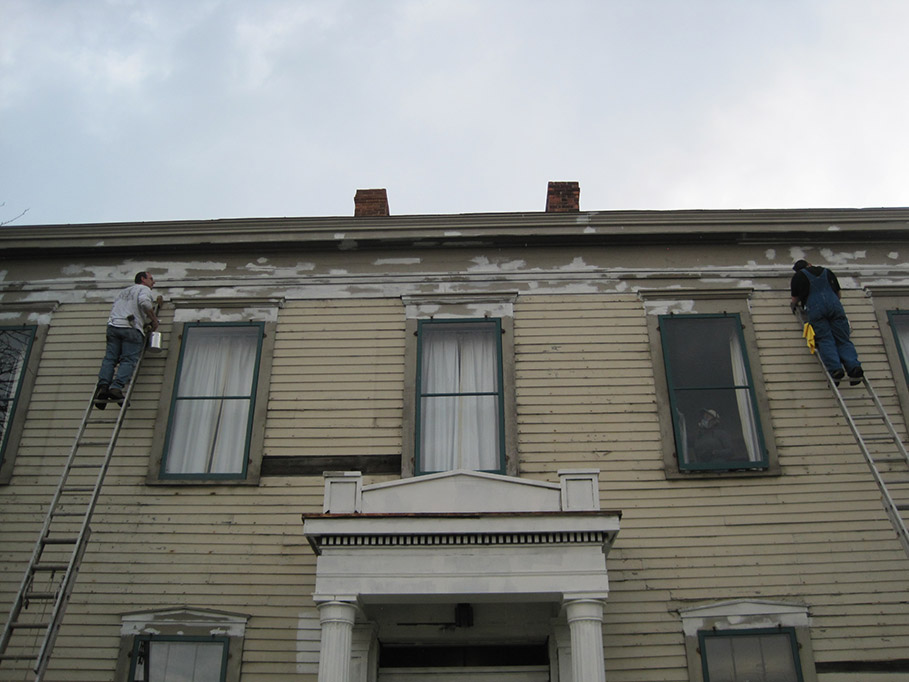 The front entrance before renovation 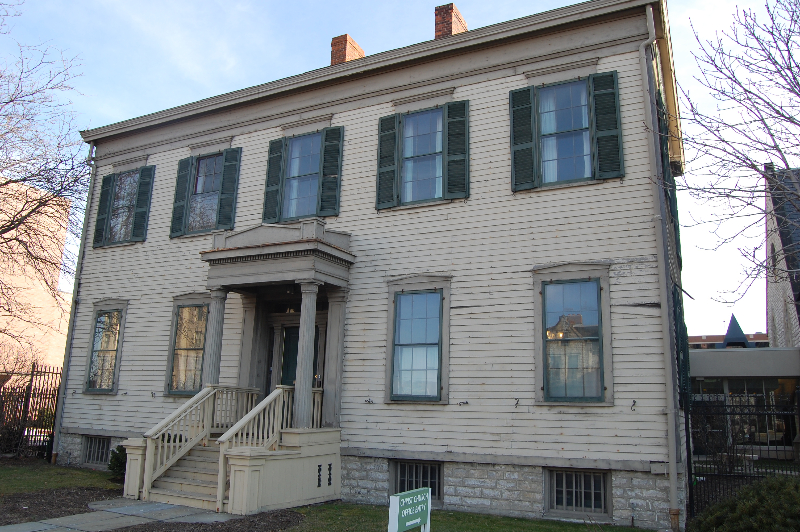 The front entrance after renovation 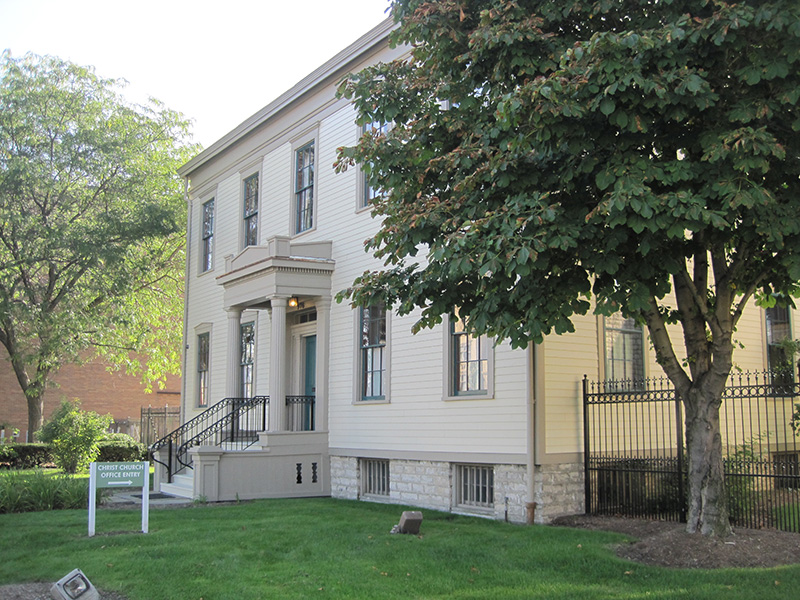 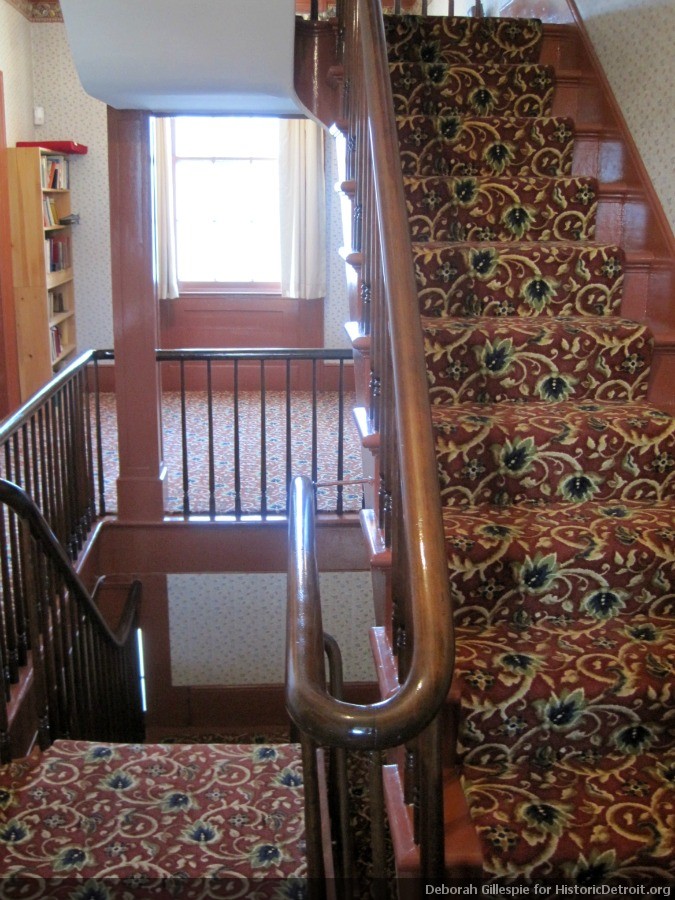 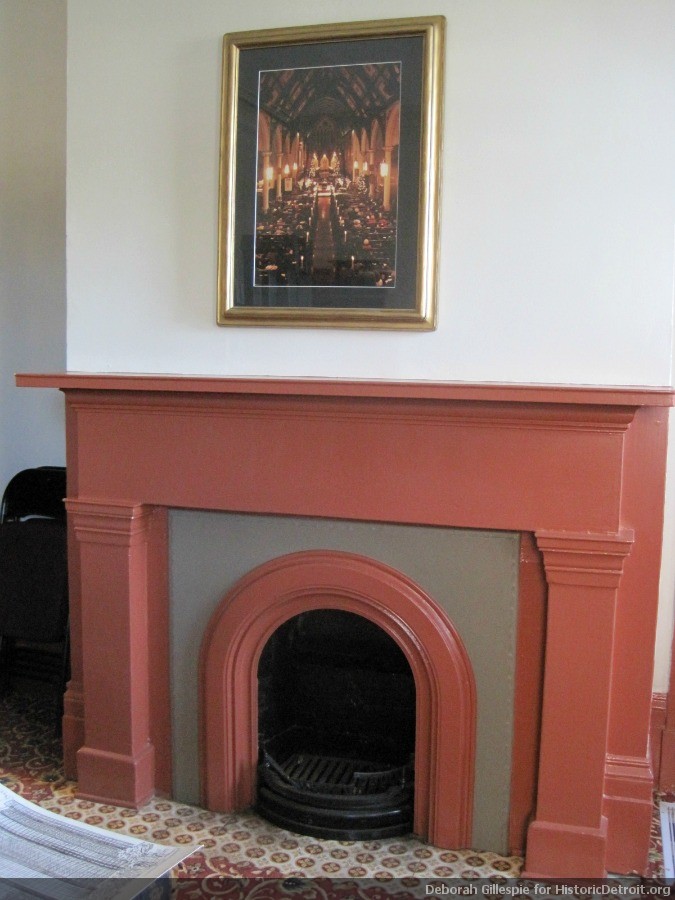 Solomon Sibley was born in 1769 in Massachusetts and moved to the small settlement of Detroit in 1797 to practice law. At the time, Detroit had only recently come under American control from the British, and Solomon was elected as a delegate for the Northwest Territories Legislature in 1799. While on a business trip to Marietta, Ohio, Solomon met the young Sarah Whipple Sproat. Born in 1782 in Rhode Island, Sarah was the granddaughter of Commodore Abraham Whipple and the daughter of Colonel Ebenezer Sproat, both Revolutionary War heroes. Solomon and Sarah were married in 1804 and settled in Detroit where they became prominent citizens in the local community.1

Solomon was appointed Detroit’s first mayor in 1806 by the governor of the Michigan Territory. (Technically, since Detroit had not yet adopted a city charter, Solomon was not the city’s first elected mayor.) During the War of 1812, Detroit was in the thick of some of the most intense battles, and Solomon and Sarah were no strangers to the war effort. One account describes their roles during the war: “The women and children were all placed in the fort for safety. Mrs. Sibley, then the mother of three children, was found holding her youngest child, Henry Hastings Sibley, in her arms, while with her busy hands she was making cartridges for the soldiers. Four officers, including her cousin, were killed by a cannonball in the adjoining room. Her husband was out in the field commanding a company of militia at the time.”2

After the war, Solomon would go on to serve as the Michigan Territory’s first U.S. District Attorney from 1815 to 1823, and then as a Michigan Territory representative in Congress until 1823, and finally as a judge on the Michigan Territory Supreme Court until 1827. In addition to being active in Detroit’s settlement, the Sibleys were also instrumental in the founding of nearby Pontiac. One of the first buildings in Pontiac was “Sibley’s Cabin,” also still standing today. In 1825, the Sibleys sold 50 acres of land in Pontiac to a woman named Lisette Denison Forth, making her the first African-American woman to own land in Michigan.1

In 1845, the Sibleys made plans to build a new home for their family. However, in 1846, Solomon died at the age of 77 and never saw the completion of the house. Sarah moved in with their two unmarried daughters when the home was finished and lived there until her death in 1851. Their daughter Sarah Alexandrine Sibley, who died in 1918, was the last family member to live in the home. Over the years, the house was used as a private residence and as the headquarters of several charities. It was home to war relief organizations during WWI and WWII. With the help of the Sibleys’ granddaughter Mary Elizabeth Trowbridge, the home became a Settlement House to welcome and support foreign-born residents of the neighborhood in 1919.3 It was sold to the Christ Church next door in 1925 and became the rectory. It was designated a Michigan State Historic Site in 1958 and was added to the National Register of Historic Places in 1971.

The home faces East Jefferson and is very close to central Detroit. It was built with clapboard siding in a Greek Revival style with a side-gabled roof. It has three stories with a symmetrical front and a central columnned entrance way. An interesting interior feature is the “hanging” switchback staircase, which was built from the top down and is thought to be the only one of its kind still in existence in Detroit.4 The back of the home has two porches which would have overlooked the Detroit River when it was built. It remains the oldest, unaltered wooden frame structure in Detroit.3

From 2013-2015, the exterior was completely restored with the help of a grant from The National Society of Colonial Dames of America in the State of Michigan. New shingle roofing, siding, windows, shutters, and paint were the main focus of the restoration, along with improved safety measures on the porch and entryway.3 A fundraising campaign is ongoing to restore the interior of the home. As the Christ Church still uses the home for its offices, it’s not usually open to the public for tours.

Not currently open for tours