The Eight Mile Wall, also known as The Detroit Wall, is a little-known piece of history that stands as testament to Detroit’s racial segregation. There is a six-foot-long, one foot thick wall that was built to separate white and black residents. The wall was constructed by land developers in 1941, after planning since the 30s as a visible barrier to separate a predominately black neighborhood from a prospective white neighborhood. All of this began after the Federal Housing Administration (FHA) refused to approve loans in a racially-mixed area. 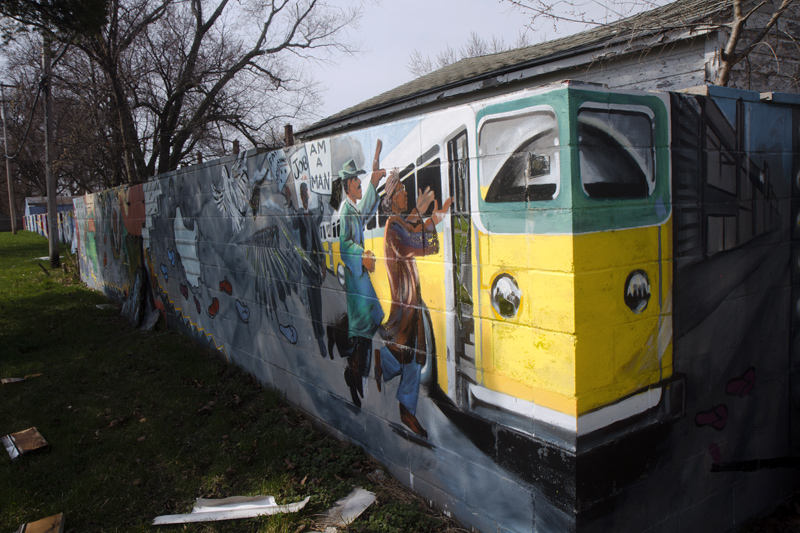 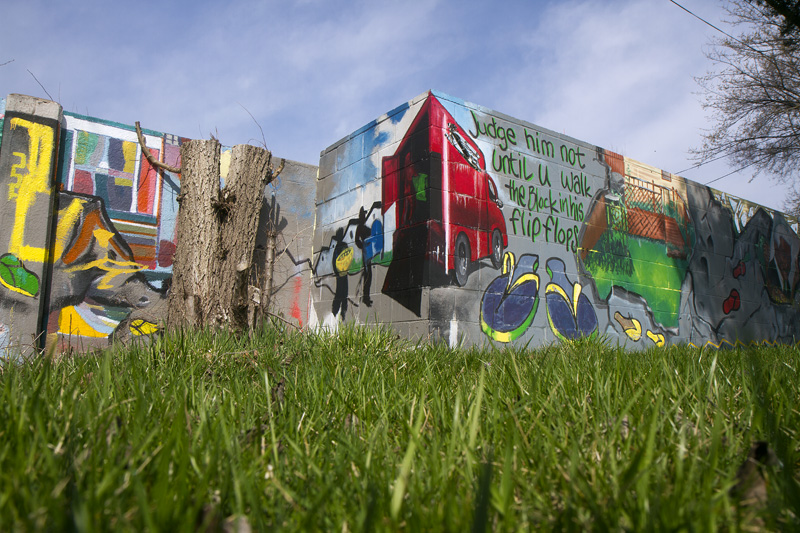 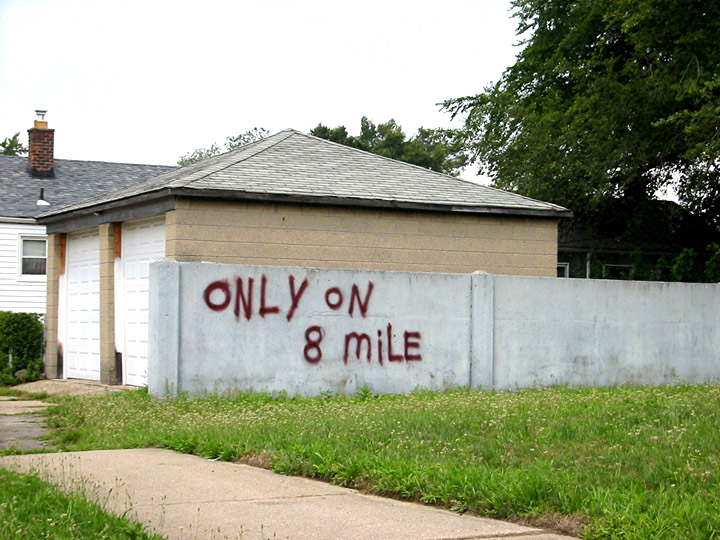 The wall when it was originally built in 1941 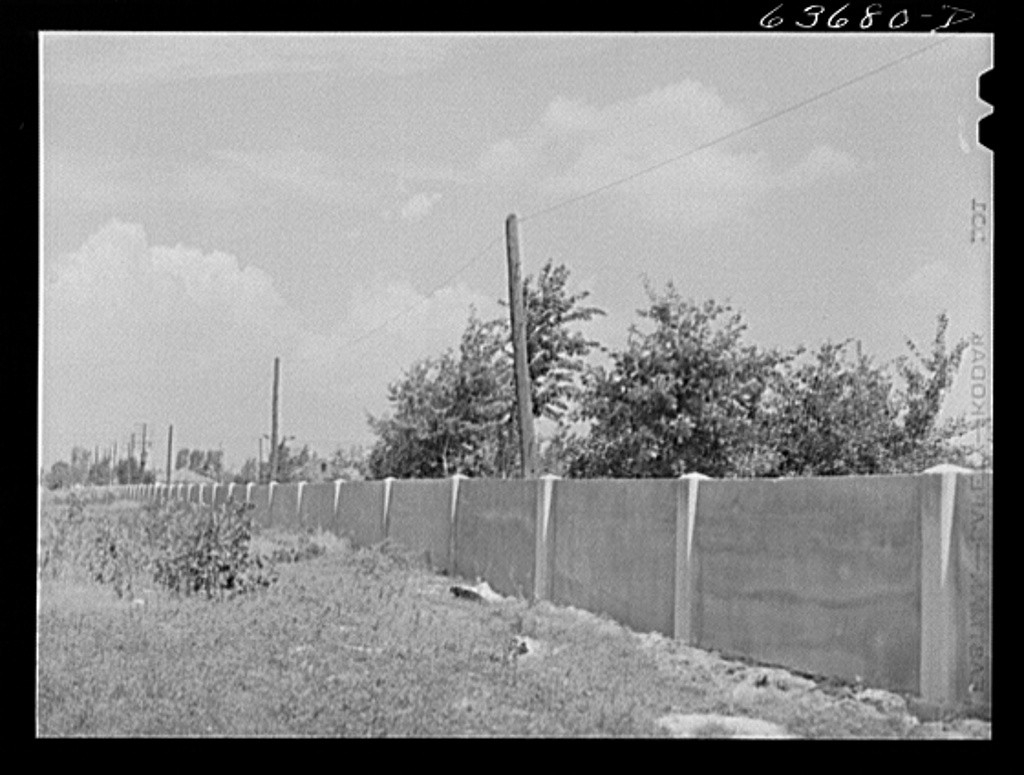 Children standing in front of the wall in 1941 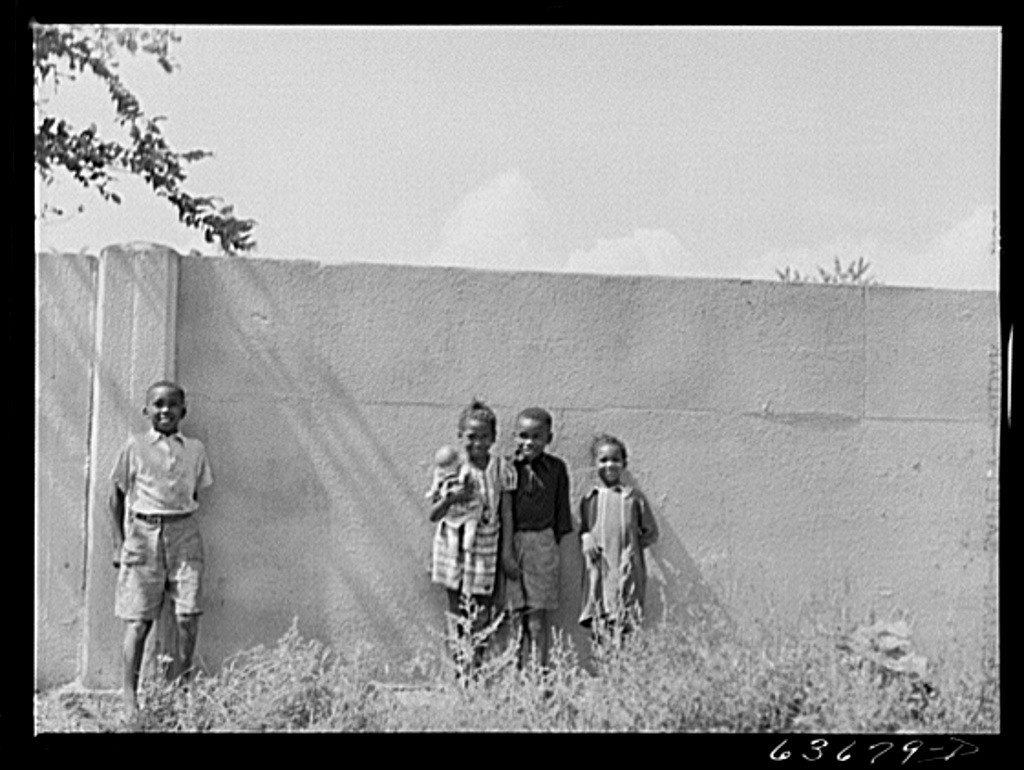 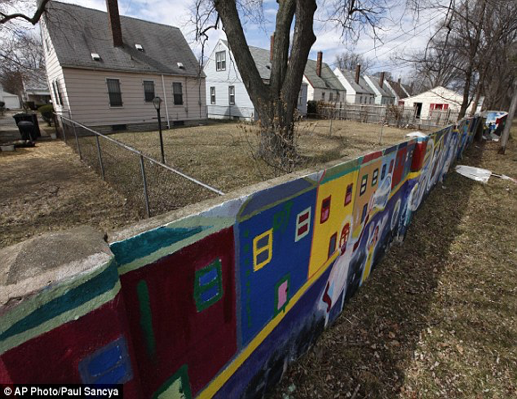 Metropolitan Detroit is one of the most diverse places in the country, while the demographics in the City of Detroit proper remains predominately African American. There are surrounding suburbs such as Dearborn, whose population consists of the highest number of Arabic Americans in the United States; while the cities of Southfield and Warren are primarily Caucasian and part of Oakland county, one of the wealthiest counties in Michigan.  Detroit and its surrounding suburbs continue to be segregated along racial lines.  Unfortunately, the idea of keeping neighborhoods racially homogeneous continues today and was the principal reason for the creation of the “Eight Mile Wall” or “Detroit’s Wailing Wall” in 1941.  The Eminem movie “8 Mile” illustrates the still prevalent importance of the eight-mile barrier for Michigan residents that divides communities “geographically, culturally, socio-economically, and racially.”

There is a six-foot-long, one foot thick wall that was built to separate white and black residents. The construction began in the 1930s and was finally completed in 1941.  The Federal Housing Administration (FHA) halted the construction and were reluctant to fund the wall initially because of the disapproval of black land owners in the area. The wall was meant to be like the Berlin wall with two significant differences. First, it did not reach the level of development that the Berlin wall accomplished. Secondly, it is still standing today unlike its counterpart. The wall is located by 8 Mile and Wyoming where there are other nice subdivisions, which are rare in the city. Ironically, the fuel behind building the wall was to promote segregation, yet in 2017 both neighborhoods on either side of the wall are predominately African American due to “white flight”. Regardless of where you are standing on the Detroit side of 8 Mile, there is one guarantee - you will always view  a profoundly different area and a place more aesthetically appealing than where you are currently standing.

The effect of the wall  continues beyond those who were around to see the construction. Even to this day, Detroit is the most segregated city in America. This is a figurative wall in which Detroit citizens may still not cross. The 8 Mile Wall has evolved from being a physical deterrent to a symbolic one. Whichever side of 8 Mile that one resides influences viewpoints. While the physical construct may remain, it is the figurative wall that we have grown accustomed to. The Eight Mile Wall no longer represents a negative divisive memory, but is now often seen as a symbol of hope and growth.  Various local artists paint inspiring murals and messages along the walls surface and the wall is being used as a teaching tool.