The Mansion at Fort Chiswell

Sometimes the word mansion gets used too frequently, this does not apply to the Mansion at Fort Chiswell. Fort Chiswell is a beacon along Interstate 77 in southwestern Virginia. The mansion was built by brothers Stephen and Joseph Cloyd McGavock It was completed in 1840 on land left to the brothers by their father. This land had a rich family history. The McGavock family first became owners of the land in 1771. The land had originally been developed by William Byrd III and James Chiswell. The McGavock family became an important family in the area due to their business successes. Fort Chiswell was a trading and commercial area as people travelled west on the Great Wilderness Road from Lynchburg, Virginia to Knoxville, Tennessee. During this time period the family became friends with important people. The McGavock family became friends with Andrew Jackson during his youth. When James McGavock Jr. died in 1838, his sons gained control of the property located where the Mansion at Fort Chiswell is located. The house is quite stately. It features an Early Republic and Greek Revival styles of architecture. The home was finished in July, 1840. The contract made to build the home indicated it had three hundred thousand bricks. The third floor is very striking. The third floor features a replica of the Palladium window that Thomas Jefferson designed for the University of Virginia. The home remained in the hands of the McGavock family until 1918. The home deteriorated over time and 2002 became an important time for the house. It was purchased for $215,000 and renovations soon followed. The 10,000 square foot home has been renovated and is open for sightseeing tours. Additionally, there is a restaurant that is open that features local ingredients. A person that would want to learn more about the McGavock family can find additional information. William and Mary has a special collection that is dedicated to the McGavock family. Furthermore, papers can be found in other universities in the region as well as the University of North Carolina having some additional information. 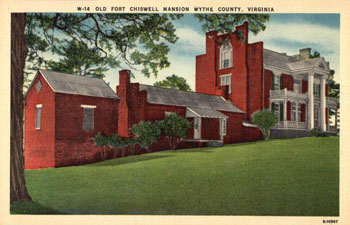