Williamson Flood Wall and the Flood of 1977

This wall was erected by the U.S. Army Corps of Engineers at a cost of $41 million in 1991. The wall protects the small community of Williamson which has suffered from over thirty floods in the past century. The flood of 1977 proved to be one of the most devastating in the history of the community as the Tug River rose to historic levels and destroyed many homes and business that were under thirty to fifty feet of water in some parts of the city. Residents feared for their lives as they climbed on top of buildings or simply fled for the nearby hills with as many belongings as they could carry. 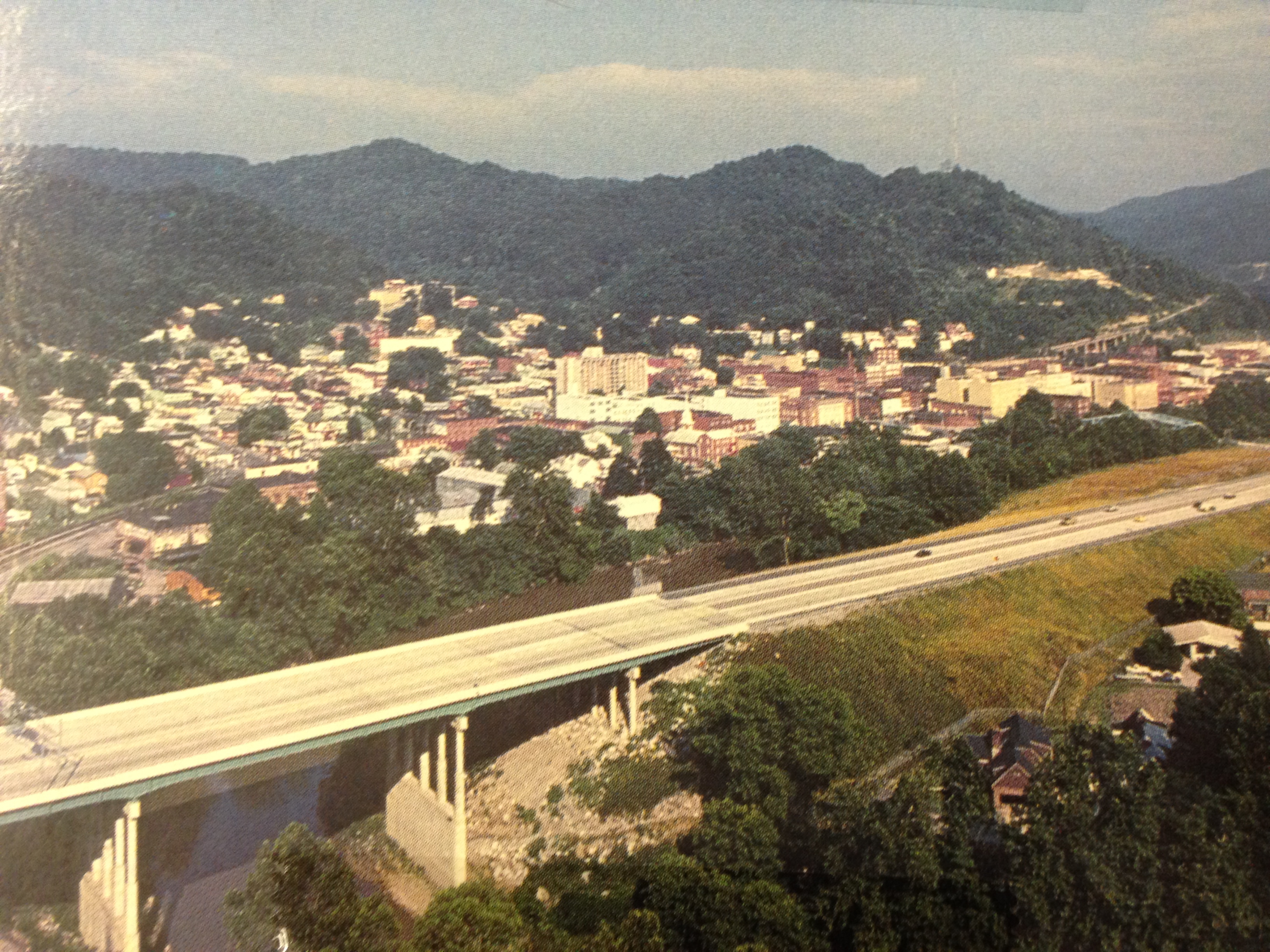 Williamson, West Virginia during the flood. 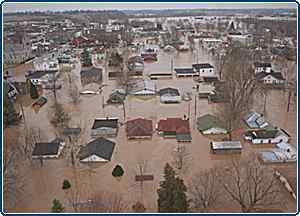 The total damages to the city of Williamson in 1977 exceeded $200 million dollars and thousands of people lost their homes and livelihoods. Personal property was discovered as far away as Bluefield, over a hundred miles southeast of Williamson. Visitors who walk down the streets of Williamson can still see the remains of what was once a booming regional city. for example, the former Cinderella Theatre stands empty alongside many other downtown buildings.

Mud from the flood waters were removed in a multi-year rebuilding process and many basements have simply been abandoned and the town's local department stores closed as residents did without basic utilities, such as clean water and electricity, for months after the disaster. A lack of flood insurance contributed to the devastating costs of rebuilding.

Thankfully, the Small Business Administration helped many businesses and HUD brought in trailers as temporary housing to residents who lost their homes. Years later, the Army Corp of Engineers worked with homeowners to raise houses on tall block foundations so that they would be safe should the Tug River flood the city once again. The Corp of Engineers also worked to build a flood wall which was completed in 1991 and encloses the city and provides an earth and concrete barrier against the mighty Tug River. The gates that allow traffic to pass through the wall are rarely closed, but on several occasions they have been utilized in response to the rising water from the Tug River.

Prior to the flood, the city of Williamson was thriving. Movie theaters, clothing shops, and eateries were abundant and the businesses flourished because of the city’s location near the coal fields. The town had only increased in population until the flood and recovery was difficult given the declines in manufacturing and extraction-based industries that also began in the 1970s.

The city of Williamson is working diligently to bring tourists into the community by offering many outdoor activities, entertainment options, and shopping. For example, Williamson sponsors a farmer's market and a community garden where citizens can rent sites and grow their own food. The city draws visitors to the area by marketing the story of the Hatfields and McCoys – the historic family feud – with various festivals and events throughout the year. Many downtown buildings have been remodeled in recent years and local residents have opened coffee shops, consignment stores, restaurants, and several retail stores. In addition to the Hatfield and McCoy Trail and other outdoor activities, the city hopes to encourage heritage tourism with destinations such as the Coal House. This historic building was constructed entirely of coal and houses many artifacts and historical documents related to the history of Mingo County and its people.