Former Woolen Mills, which utilized the power of the Rock River to prepare fabrics and textiles for sale.

A Black and white aerial photograph of the mill. 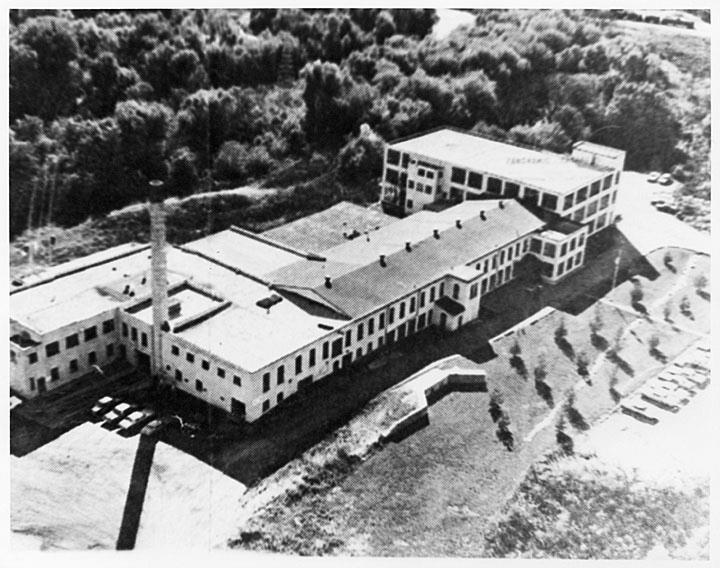 The Rock River Woolen Mills started off as Whitaker’s Mill in 1849. There are four floors including the basement. Whitaker’s Mill was the first textile mill in Janesville and was one of the earliest companies to utilize water power from the river. After a brief period where the ownership of the company changed hands, George McClean bought the mill in 1872. In 1881 the mill was destroyed by a fire, so McClean constructed a new and larger mill. In 1890, Jonathon Ellis bought the mill and renamed it the Rock River Woolen Mills. The mill mainly produced upholstered goods for the automobile industry, mainly fabrics for car interiors. During World War II the mills produced blankets for the war effort. The Rock River Woolen Mills closed in 1960 and Panoramic moved in to utilize the space. Panoramic has since moved out and MMPR, a promotional product and imprinting company currently resides in the mill.