The Balboa Theatre is located in the heart of downtown San Diego, CA, adjacent to the historic "Gaslamp Quarter," and is part of the Horton Plaza area. It was originally built in 1924 as a silent movie house and opened in March of that year, with a seating capacity of over 1500. Designed by architect William Wheeler, it has been called "one of the best commercial examples of the Spanish Colonial style in San Diego, borrowing directly from the [1915 Panama-California International] Exposition and utilizing many of the same contractors, designers and craftsmen." The theatre suffered decades of disuse, but in the early 21st Century was restored over a three-and-a-half year period at a cost of $26.5 million. It re-opened in January 2008 as a performing arts center with a seating capacity of over 1300. One of the last remaining theatres from the 1920s still in existence in San Diego, it was voted by CNN as one of the world’s 15 “most spectacular” theatres. It was entered into the National Register of Historic Places in 1996.

Exterior of the Balboa Theatre, evening 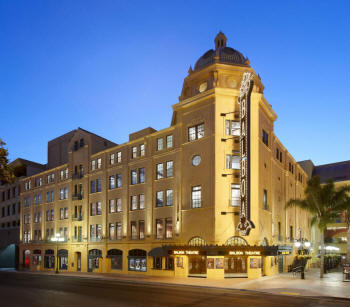 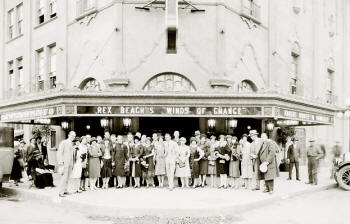 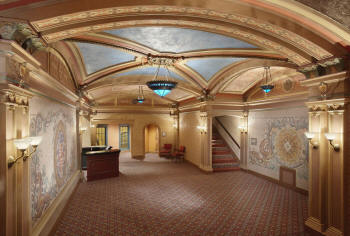 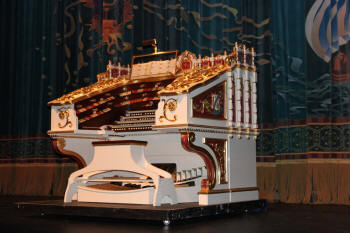 The stage of the Balboa Theatre, balcony view 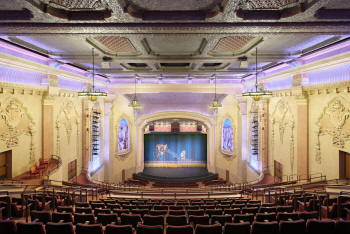 In 1923, the owner/developer of the property signed the largest motion picture distribution contract in California, thus anticipating the cinematic trend for downtown San Diego. A five-story structure, occupying three 50' x l00' lots fronting Fourth and E Streets at right angles, the Balboa was downtown San Diego’s first large-scale movie theatre and cost $800,000. When first built, it was a state-of-the-art building that included six storefronts along Fourth Avenue, with 34 offices on the floors above. The architect, William Wheeler, was also an accomplished musical performer, who built many features into the interior that enhanced the acoustics and performance spaces. In addition, there were ornamental niches on both sides of the proscenium arch which featured waterfall mountain scenes, originally enhanced by real flowing water. (It now does so again, after the recent restoration.) Original performers who appeared at the Balboa include the popular vaudeville act Fanchon & Marco and such silent movie stars as Conway Tearle and Corinne Griffith.

After a number of years as a silent movie house and vaudeville hall, the theatre was reopened in 1930 as El Teatro Balboa, featuring contemporary films from Mexico City and presenting Latin stars to San Diego’s increasingly diverse audiences. During World War II, the theatre’s office space was used by the US Navy, reconfigured into bachelor quarters for sailors waiting to ship out. After the war, the remodeled spaces became single-occupancy housing. In 1959, the Russo family of San Diego acquired the building and saved it from potential demolition, running it as an action movie house.

The City of San Diego purchased the property in 1986. Plans were made to demolish it, but percussionist Steve Karo started the organization Save Our Balboa to rescue the theatre. In 1996, the Balboa Theatre Foundation (co-founded by Karo) successfully nominated the building to the National Register of Historic Places with the express purpose of saving it from demolition. In 2002, the City’s Redevelopment Agency committed to retain the theatre and fully fund its $26.5 million restoration and rehabilitation, on the condition that it be reopened as a community performing arts center to be managed by the organization San Diego Theatres.

It was restored in accordance with the Secretary of the Interior’s Standards for Rehabilitation of Historic Buildings. The restoration has included: extensive seismic retro-fit to meet current requirements; replacement of infrastructure, including electrical, plumbing, HVAC, and life safety; the installation of state-of-the-industry theatrical lighting and audio; and audience accommodations including new seating. In addition, a full restoration of the theatre’s original mural designs (painted over by previous owners) was made; these designs were based on old photographs of the original theatre’s interior. Also, a recreation of the original “Balboa” sign (again based upon old photos) that originally graced the outside of the theatre above the marquee was constructed and installed. For fiscal year 2012, there were 73,352 in attendance at the theatre, 115 days of use, 78 performances and revenues totaling over $1 million.

Originally, the theatre had a pipe organ which was moved in 1929 to what is now Copley Symphony Hall in the city. To replace it after the restoration, the organization purchased and restored, at a cost of $1.1 million, a 1929 Wonder Morton organ, one of only five such instruments in the world. (It had originally been constructed for a movie house in Queens, New York.) The 4-manual, 23-rank Wonder Morton Organ made its debut performance in the Balboa Theatre on September 27, 2009.