In the early 1900s, this area just around the curve on 6th street became known as the Happy Hollow neighborhood, an enclave for a vibrant, closenit African American community in Prattville between the 1930s and 1950s. The community consisted of farm laborers, landowners, sharecroppers, and domestic workers. There was also a small church called Hall’s Chapel Christian Methodist Episcopal, which was founded in 1904 and moved to Happy Hollow in 1905. The church has since become Bethlehem Christian Methodist Episcopal Church, and moved to its current location at 103 W. 6th Street in 1947. The community grew around an artesian well (a spring), which provided water for daily needs. What made the neighborhood especially unique was the fact that white and black children were able to play in area around the spring, despite not being able to attend the same schools. 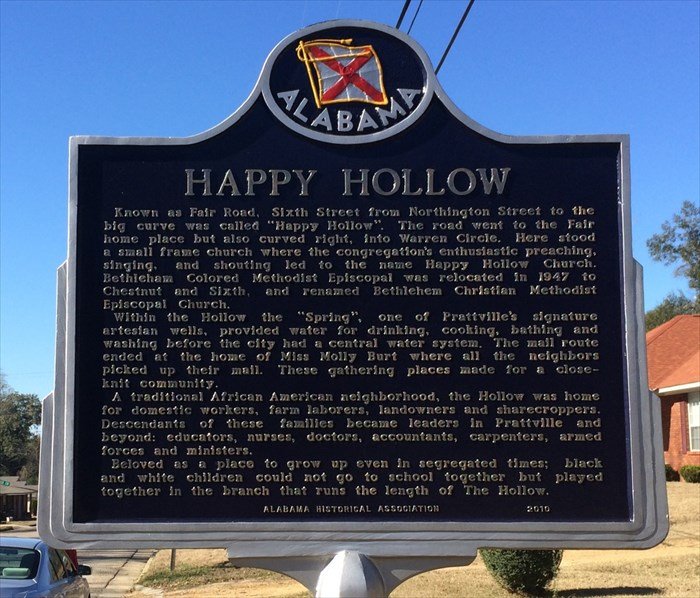