This historical marker on the grounds of the Russell County Courthouse serves as a reminder of the final days of the bloodiest war fought on American soil. On April 16th, 1865, (seven days after Lee's surrender at Appomattox) Confederate soldiers led by Colonel Von Zinken launched an attack on Union troops coming to Columbus from Tuskegee, Alabama. Recognizing that they were outnumbered, the Confederates soon retreated to a better defensive position at the mouth of Holland Creek. Union troops counter-attacked the Confederates, but were unable to force them from the city until after they regrouped for a second attack in the evening. This battle resulted in a Union victory, but at unnecessarily high costs to both armies owing to the chaotic nature of the late-night battle, and the pending surrender of other Confederate armies throughout the South following the fall of Richmond and surrender of Lee's Army of Northern Virginia

Battle of Girard Marker. The backside of the marker, shown here, discusses events leading up to one of the last battles of the Civil War. 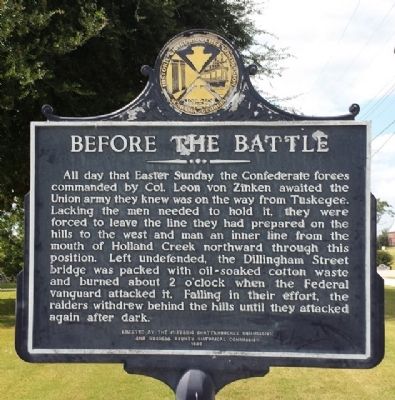 To learn more about the battle, consider this book by Charles A. Misulia and offered by the University of Alabama Press. 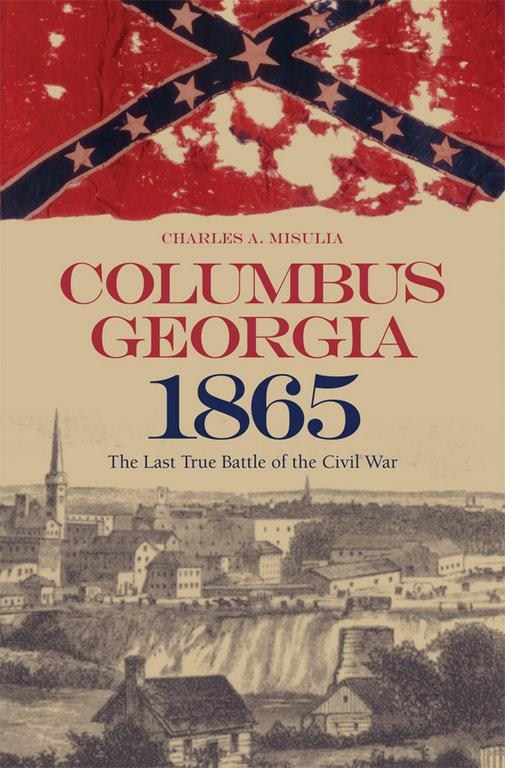