The Raleigh Times is a popular night life spot in downtown Raleigh for a wide variety of bar foods and beers. However, it began as the location for the Raleigh Times Newspaper, which was in this location from 1906-1925. Not only was the building completely renovated, but it was restored to much of its former glory. Now covered in newspaper clippings highlighting its major events, it functions as a bar and restaurant that serves thousands of people. 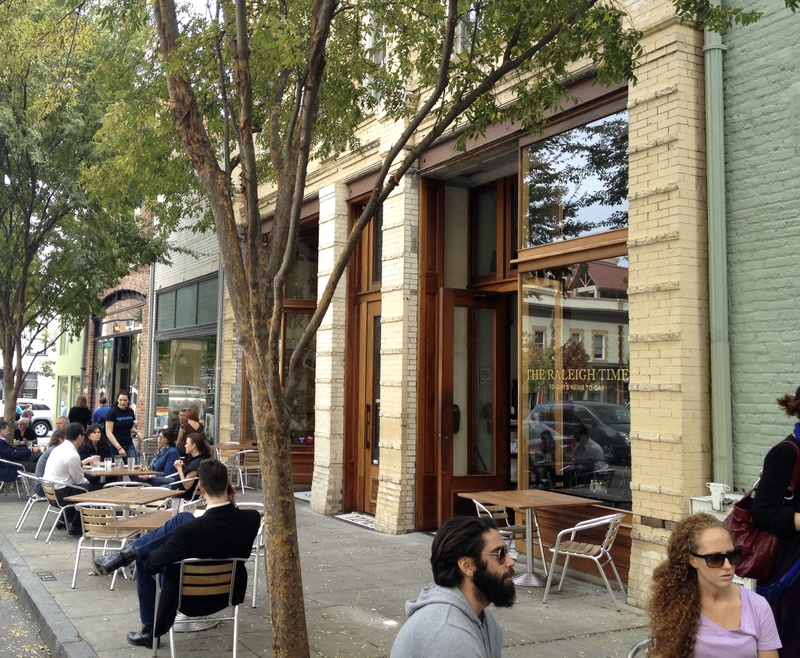 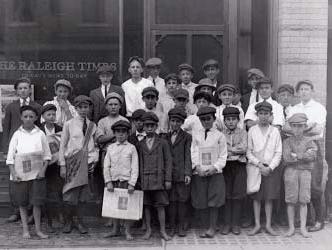 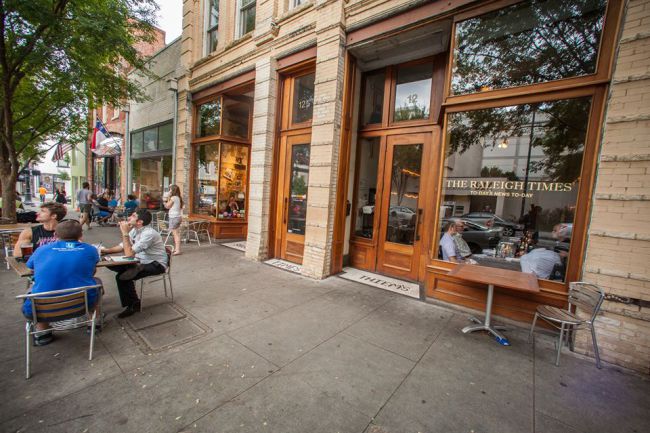 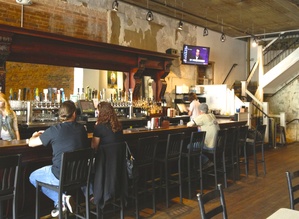 The Raleigh Times was a rival newspaper to the News and Observer during the 20th century, until they bought it out during the second half of the 1900s. Their last issue was in the year 1989. Although the newspaper may have been in the past, the memory is alive and well within the walls of the Raleigh Times Bar and Restaurant in downtown Raleigh. It has been renovated back to its former glory, to include parts of the printing press and the original architectural staircase in order to enhance its features. Operating now as a popular night life spot, its walls are covered in newspaper clippings from the most memorable years of its publications. Although the newspaper was only housed here from 1906-1925, it has many memories and historical implications that are long withstanding.
The Raleigh Times was originally housed here, but after it had up and left, the building went through many changes. After the newspaper left in 1925, a jewelry store moved in. This caused the most architectural changes in the building, because they built an entire new store front that they considered modern. It was made of aluminum, and later was torn down in order to restore this building that housed the Raleigh Times back to its original state and former glory. When they restored the building, they were able to uncover the original floors, some pieces of the printing press that they used, and many other original features. While the restaurant and bar has many original pieces, it also has a lot of new pieces. For example, they added in the bar and the kitchen in order to serve food, which was a nice face lift for the building. They also needed to expand seating in order to continuously seat their growing crowd of customers. Therefore, they put patio seating outside on the sidewalk to help accommodate that crowd. Recently, that proved not to be enough seating as well. They began to add rooftop seating to accommodate the overflow and help in order to get more people in and out of the restaurant or enjoy a beer on the rooftop.

When active and in print, the Raleigh Times Issue was extremely successful. They began in the late 1800’s and were able to survive many big issues in order to continue to be a read newspaper. For example, they were able to survive the Great Depression and stay afloat. They also were around to cover that event, along with other major news worthy items, such as World War One, World War Two, the Great Depression and Stock Market Crash, most of the Cold War, the Vietnam War, Korea, and many other events as well that are not listed. The restaurant, which is decorated with some of these most famous articles which were sold at a flea market, helps to showcase all the hard work they put into the newspaper. The hard work from the newspaper transfers over into the hard work of the people who own and run the restaurant, as it is a great place to catch a great meal and learn some history at the same time.