The National Historic Landmark USS Texas is permanently docked at this location as a state historic site. It was built by the Newport News Shipbuilding Company and launched on May 18, 1912. It received 5 Battle Star Awards before being decommissioned 21 April 1948. It is also listed on the National Register of Historic Places. The Battleship Texas Foundation assists in raising financial assistance and historical awareness about the ship. Visitors are allowed to tour certain parts of the ship, however special tours do allow access to closed off areas.

Diagram of the ship 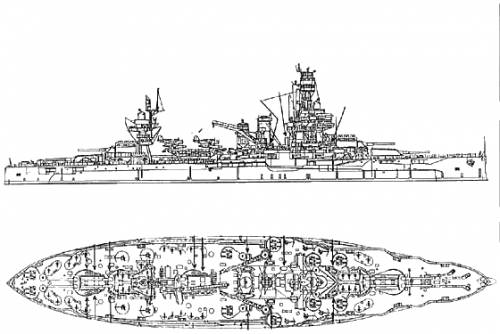 Sailors on the deck of the ship 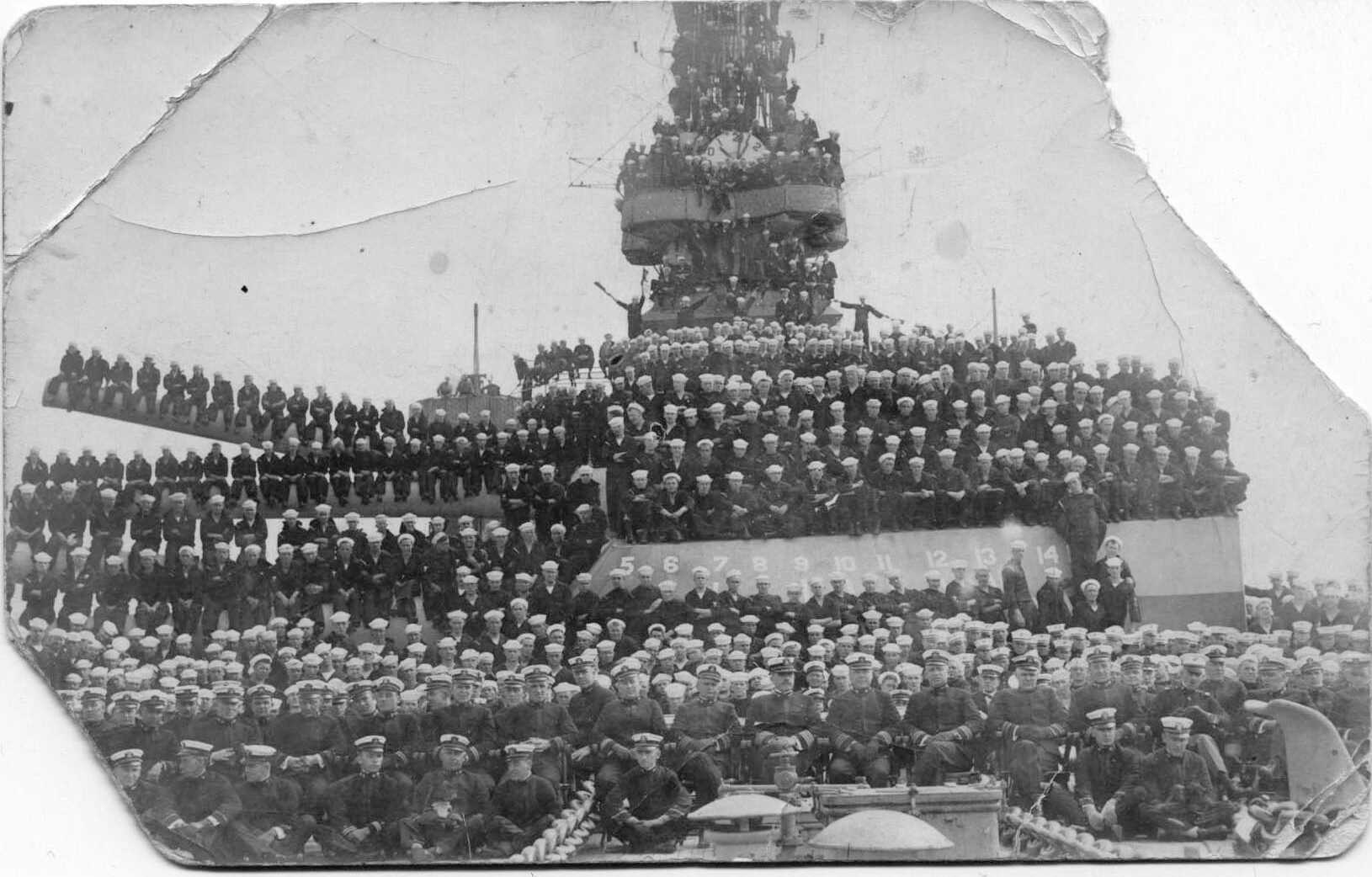 The USS Texas firing its guns 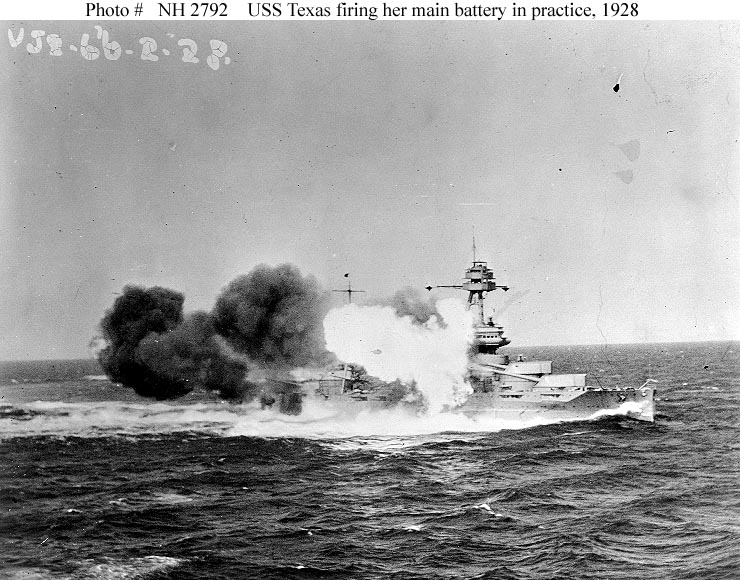 The insignia of the USS Texas 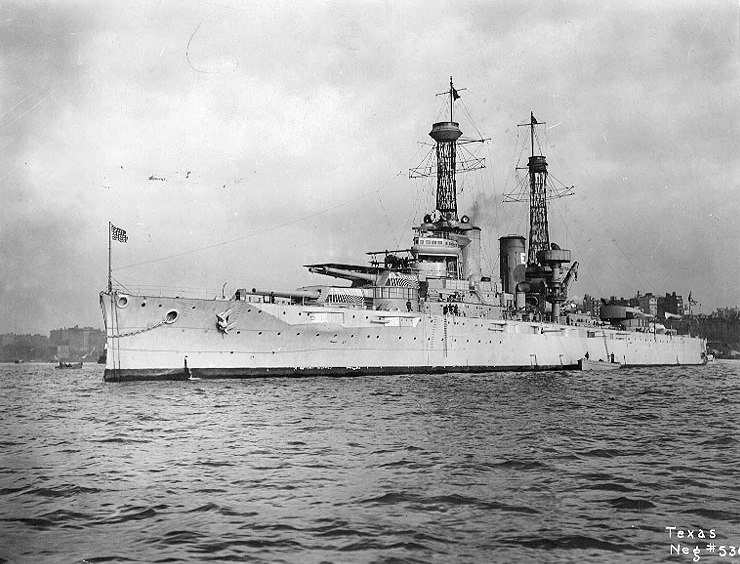 The USS Texas was the second one named after the state and was launched May 18 1912. The ship's first military engagement occurred following the "Tampico Incident" (learn more in link below). In 1916, the USS Texas became the first US Battleship to mount anti aircraft weapons and also the first to control fires with directors and range finders.

Following the war breakout in Europe, USS Texas was put on neutrality patrols in an effort to keep the war from spreading into the western hemisphere. Later in the war when the United States began providing support to the allies the warship convoyed ships carrying lend-lease material to the UK. During Pearl Harbor the ship was located at port in Casco Bay, Maine during a rest and relaxation period. She then returned to Argentina and remained there until 1942. Then the battleship patrolled waters in Iceland after this the secondary battery was decreased to six 5 inch guns and the AA Battery was increased with two 1.1 inch quad mounts replaced by six 40 mm quad mounts and 44 20mm cannons. This change was made because the attack on Pearl Harbor demonstrated a need for this specific weaponry.

The battleship embarked on her first major combat operation on October 23, 1942 for the Operation Torch mission. (Learn more in link below) USS Texas transmitted Dwight D. Eisenhower's first Voice of Freedom Speech asking the French to not fight allied landings on North Africa. Texas entered the battle early expending 273 rounds on 14 in. shells and six 5 in. shells.Texas departed by November 16 to return to the United States where it would once again play the convoying role with New York as the home port.

After that the battleship would begin rehearsal for D-Day carrying out gun exercises with british ships and using the royal air force as their spotters. USS Texas and the British Cruiser Glasgow moved into their positions in the Omaha Western Fire support lanes 12,000 yards off shore near Point Du Hoc. Initial bombardment was targeted at the site of six 15 cm. guns atop Point Du Hoc. By the time Uss Texas ceased firing at the Pointe 255 14 in. shells had been fired in 34 minutes. While the main guns were firing at the point the 5 in guns were firing at exit D-1, in front of Vierville. She would continue on to fights in the Battle of Cherbourg, and in Operation Dragoon.

The ship is closed indefinitely for repairs. For updates, check https://battleshiptexas.org/