Riverside Terrace, located in southeast Houston, is the foremost neighborhood of Houston's African-American elite. The neighborhood was developed by Clarence Malone and the Guardian Trust Company in the 1920s as an affluent neighborhood of large homes occupied by some of Houston’s most prominent businessman. The majority of the residents were Jewish and as a result, between the 1930s to 1950, Riverside Terrace was the heart of Houston's Jewish community. The demographics of the neighborhood began to shift in the 1950s when African Americans started to move in and most of the white residents moved to the suburbs. Riverside Terrace is also known for its striking Art Deco and mid-century modern architecture.

In the 1960s some Whites who wanted the neighborhood to stabilize as an integrated neighborhood posted signs stating "This Is Our Home It Is Not For Sale." 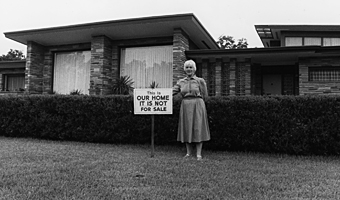 Jack Caesar after the bombing. 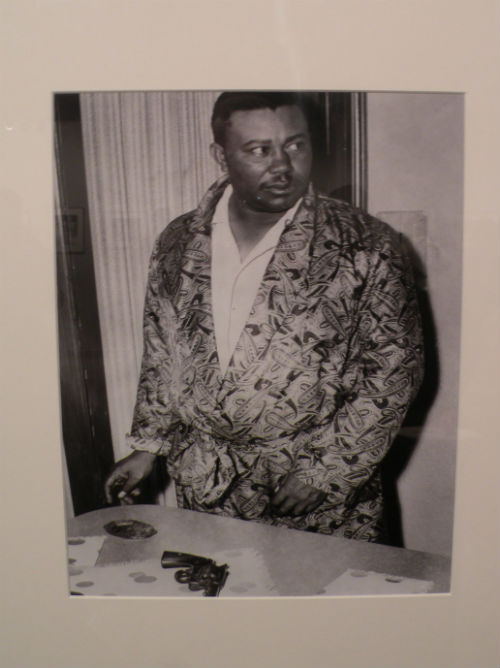 In 1952, the first African Americans to move in the neighborhood was the family of Jack Caesar, a wealthy and successful cattleman. They were able to move in despite the fact that African Americans were restricted to Black neighborhoods at this time. Unfortunately, someone planted a bomb on his porch that detonated, however no one was hurt and the perpetrator of the incident was caught.

Soon, other African American families moved to the neighborhood, which had the aforementioned effect of white residents moving to the suburbs. An effort to create an integrated neighborhood, however, tried to stem the flow of whites leaving. It was called "This is our home, it is not for sale." In the end is was not successful, as the majority of whites left by the late 1960s. The African Americans who moved into the neighborhood were prominent and wealthy citizens, including professors, doctors and lawyers. Not all of the houses were occupied, however and eventually many fell into disrepair by the 1980s. Beginning in the 2000s, revitalization efforts began and new homeowners, many of whom are gay, started to buy and fix up the abandoned houses.