The Hopewell made what has been compared to Stonehenge. An enormous Earthwork that originally covered at least 3000 acres even though its true measurements are lost in antiquity. Rather than having one specific tribe or native affiliation, prehistory in the United States is divided into periods and these periods are occupied by an archaeological or artifactually-observed culture. Between 200 BC and AD 500 in the Middle Woodland period this culture was known as the Hopewell culture or tradition. 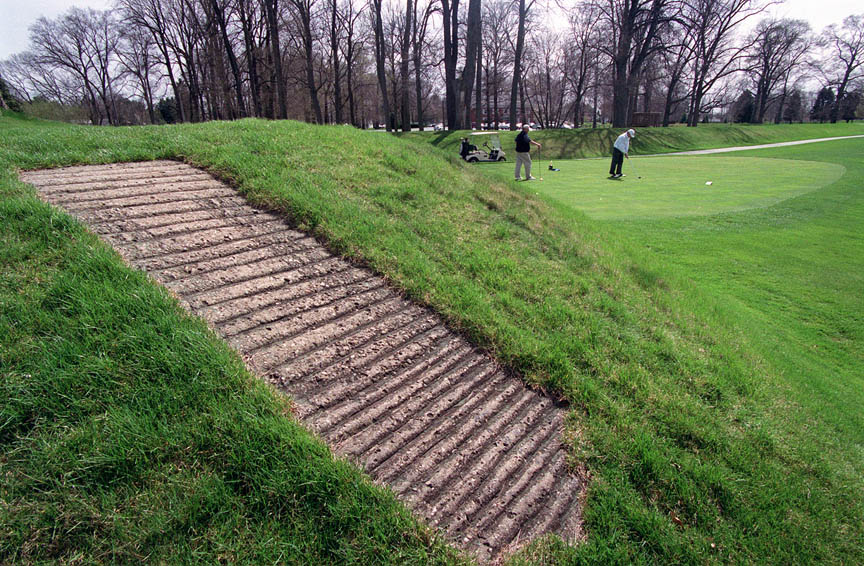 Salisbury map from 1862 showing the Newark Earthworks, including the Great Hopewell Road. 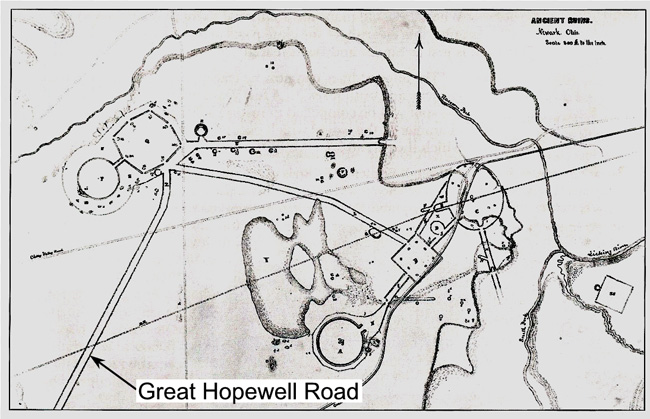 Original survey drawing from "Ancient Monuments of the Mississippi Valley" 1848 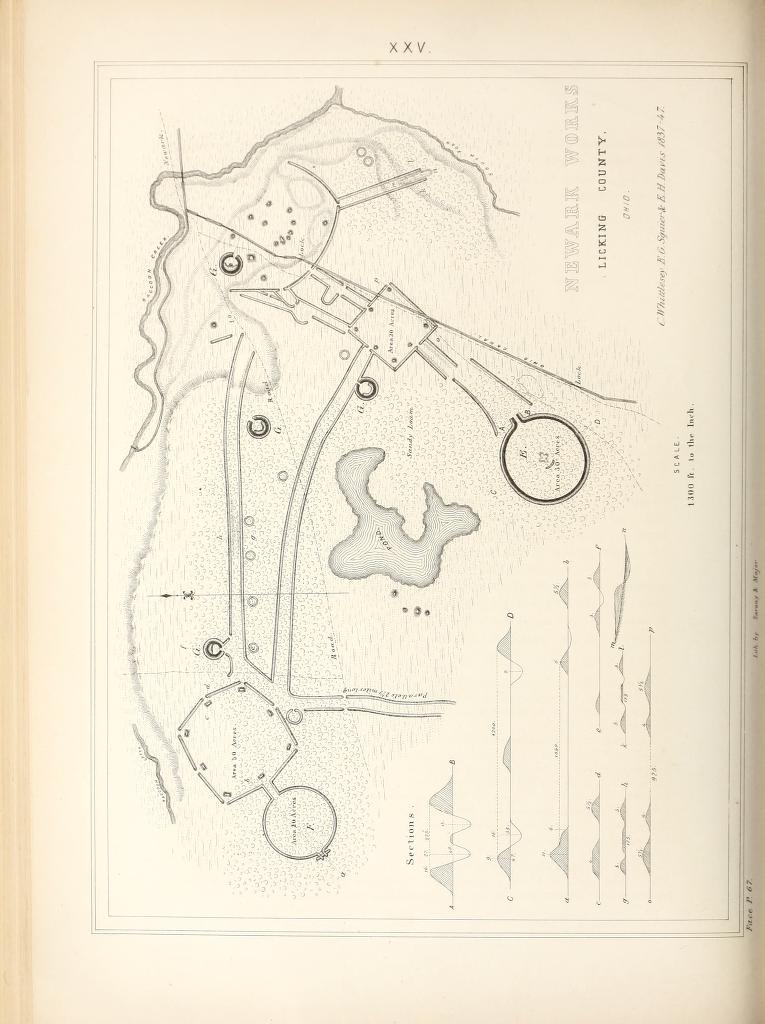 It is the largest known earthen enclosure in the world. The geometric enclosures were connected by walled roadways. At one point it covered more than four square miles. However, only 206 acres of the original 3000 are preserved to this day, with three portions of the Earthworks remaining. The Hopewells built the architectural wonder between 100 B.C. and 500 A.D. and it was built with a widespread purpose. The three remaining portions are the Great Circle Earthworks, Octagon Earthworks, and the Wright Earthworks. Without a written record it has been impossible for archaeologists to devise what purpose that the Earthworks served.  However, one theory that has garnered interest by Earlham College Professors Ray Hively and Robert Horn is that the  Hopewell culture built the Earthworks in relation to the moon rising and setting. They did such a precise job that it is said that modern survey equipment could not do a better job. They also discovered the builders had encoded geometry and astronomical knowledge within the design.

The Great Circle Earthwork is almost 1200 ft. in diameter. The walls are eight-feet-tall and surround a five-foot-deep moat. The Octagon Earthwork is also very impressive. The Octagon encloses fifty acres. It has eight walls that are 550 feet long and stand five to six feet in height. The Wright Earthworks originally featured a square that had sides that were between nine hundred forty feet and nine hundred fifty feet in length. The various earthworks are assumed to have had various uses. The geometric and astronomical uses of the earthworks are of particular interest because of their precision. Additionally, the earthworks are suspected to have been used as a celebration center, social center, worship center and portions even used as a cemetery.  The Hopewell culture are known for their elaborate burials and extensive trade network. Their trade system stretched from the southeastern Carolinas to Canada.

In 2006, the state of Ohio declared the Newark Earthworks the official prehistoric monument of Ohio.