On the night of August 23, 1917, the city of Houston experienced the worst riot in its history. After learning that a Black woman and fellow soldier were beaten by two white police offers, the 3rd battalion of the all-Black 24th US Army Infantry Regiment—comprised of 156 men and stationed at Camp Logan, what is now Memorial Park—decided to take matters in to their own hands to avenge the actions of the officers. They grabbed weapons and ammunition, got into formation and began to march towards towards Houston, which was much smaller then. They fired indiscriminately into houses and at police officers who attempted to stop them. In all, twelve civilians, four police officers and four soldiers were killed. The battalion was court-martialed, resulting in the execution of nineteen soldiers; forty received life sentences. Interestingly, President Wilson granted clemency to 10 soldiers.

The Houston Press with the report of the riot on the front page. 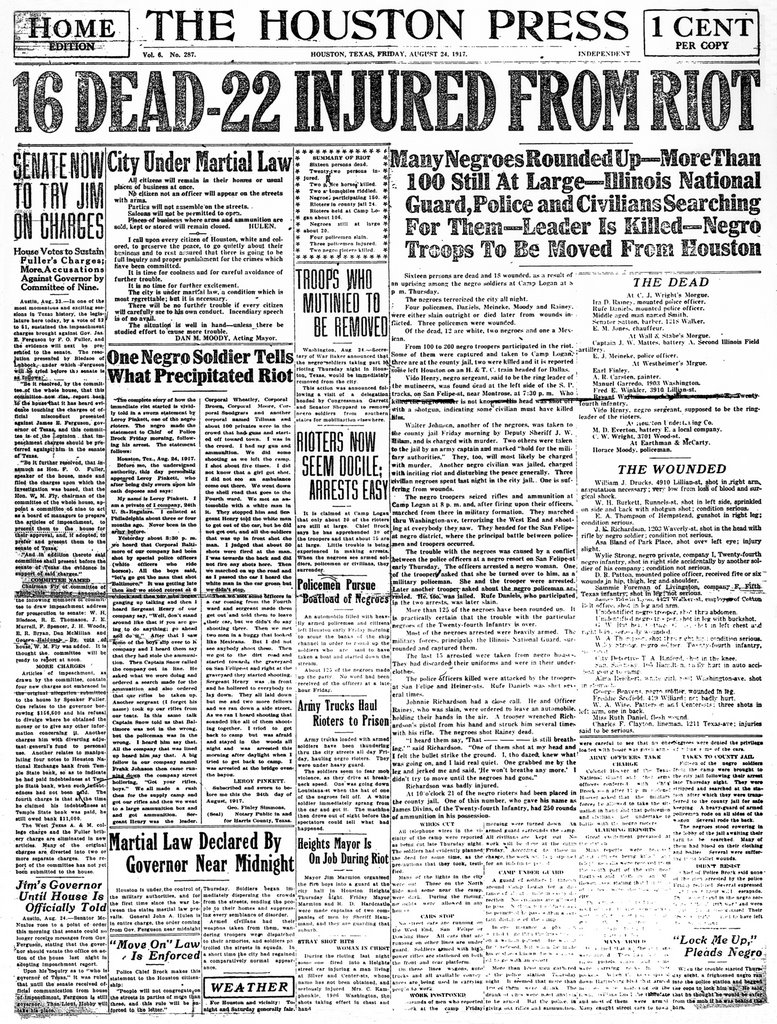 Photo of the court-martial trial. Men of the battalion are located on the left side. 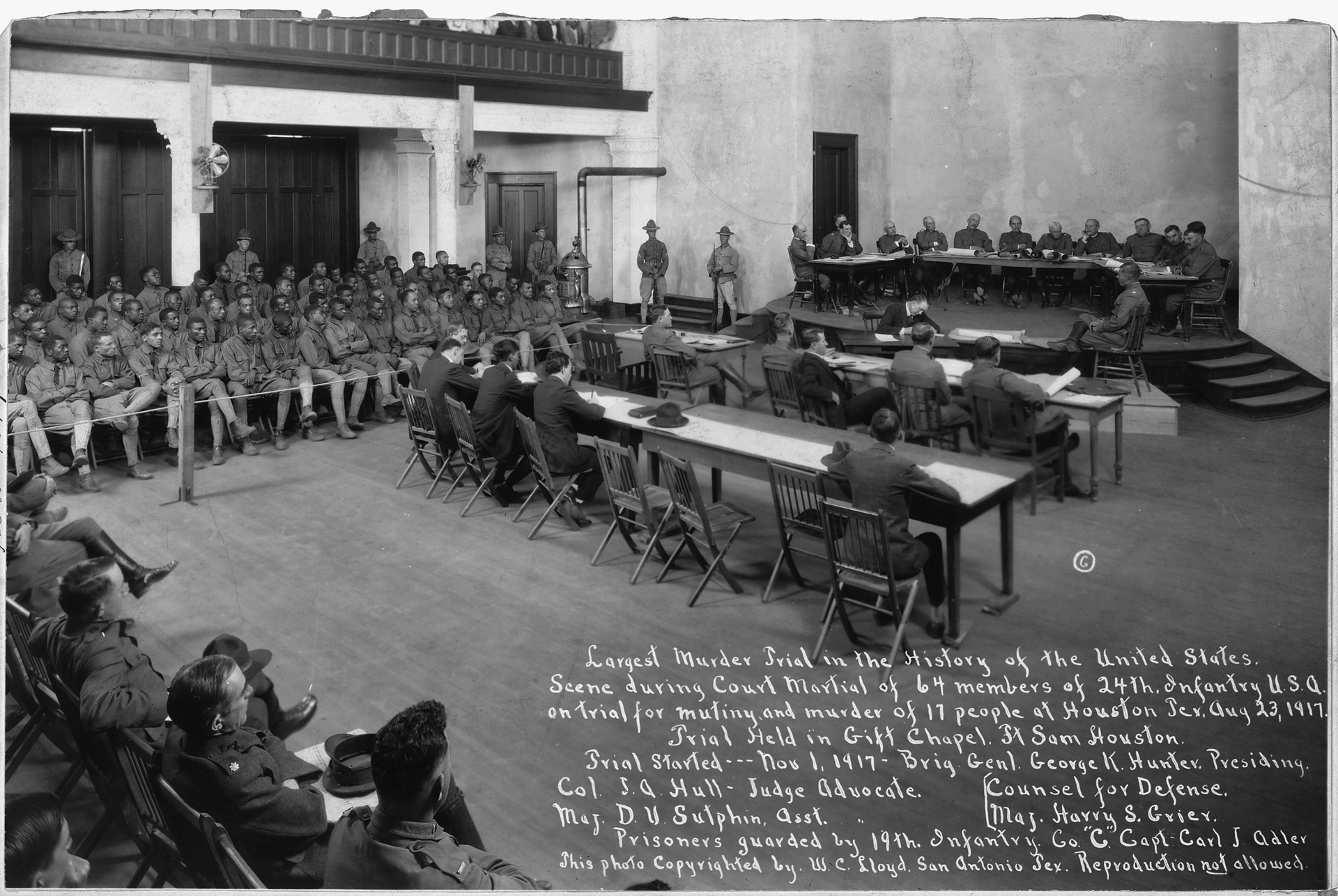 Racial tensions had been building between the battalion and Houston residents the moment the battalion arrived. Houston was segregated and Jim Crow laws were enforced (which was not the case in Columbus, New Mexico, where the battalion was stationed). As a result, the situation was primed for something bad to happen.

The spark for the riot occurred around midday. The two police officers broke up a craps game in the predominantly Black neighborhood of San Felipe. When they chased after the men playing the game, one of the officers entered the house of Sara Travers. After talking to her briefly he hit her and dragged her out into the street and then proceeded to make an arrrest call on the nearby police phone. It was at this point a soldier from the battalion came to the scene and offered to take the woman into custody but he too was then beaten by the police (the second officer was there as well). Sara and the soldier were arrested.

That afternoon a corporal from the battalion went to the area to discuss the arrests with the officers. Unfortunately, one of the police officers pistol whipped and fired shots at him. The corporal fled but was eventually caught. Rumors spread that he was killed, leading many of the battalion to start discussing what to do. The corporal was later freed but this did not dampen the soldiers' already agitated state. Other rumors of mistreatment continued to spread. The battalion major, who was white, ordered the men into formation and ordered them not to do anything rash. However, at this point a soldier fired a smuggled gun in the air and yelled that a mob was approaching the camp. All discipline was lost at this point, as the men feared for their lives. They grabbed rifles and ammunition (which the Major had ordered be taken away earlier in the evening) and lined up in formation and started to march towards Houston.