The St. Patrick Catholic Church, which was the first Catholic church in Miami Beach, has been serving the religious needs of Miami Beach's Catholic population for nearly a century. The white walls and stucco roof of the church's exterior suggest a Spanish style, something very common in the Florida region, while inside several different statues and stain glass windows depicting Catholic saints add even more beauty to the structure. It is a large parish that includes not only the church, but a Catholic school and preschool. Mass is done at the church every Saturday and Sunday, but visitors can explore the inside of the historic church on other days of the week. 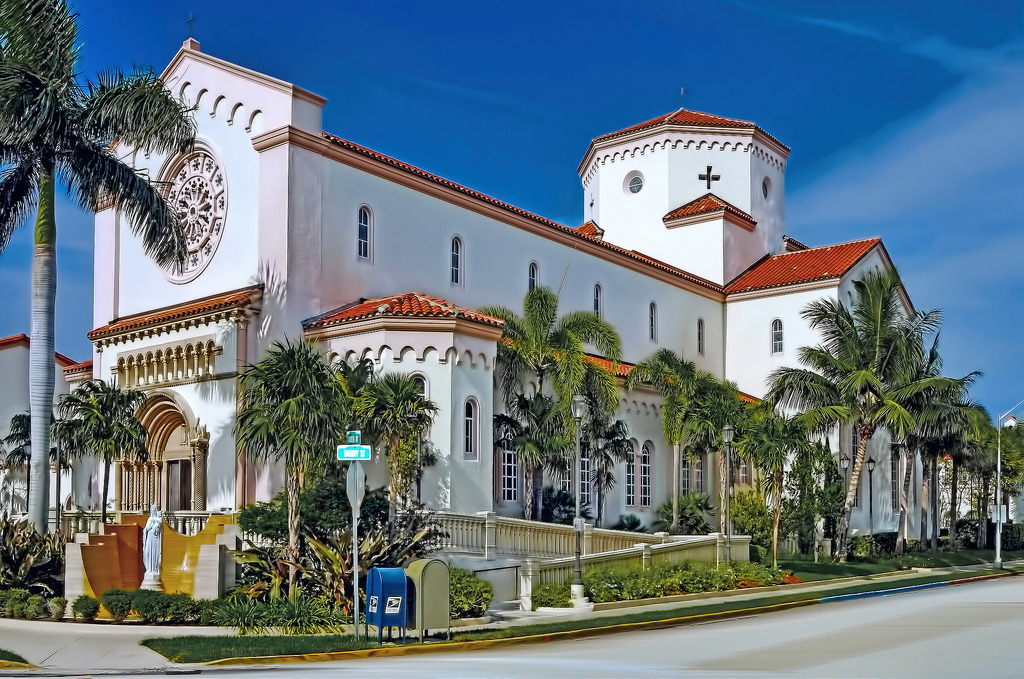 St. Patrick's Catholic Church was first created in 1926 when Carl G. Fischer, a non-Catholic real estate developer and automotive entrepreneur, donated five polo stables to Father William Barry, a priest that had just recently been appointed to lead a small Catholic congregation in Miami Beach.  The stables were renovated throughout the next few months to become a church and Catholic school.  Unfortunately, a massive hurricane in September of 1926 hit Miami Beach, killing nearly four hundred people and practically destroying the new church.  However, Father Barry was determined to keep his parish running and two weeks after the hurricane the church was repaired and ready for church and school services.  Two years later the large cathedral that stands today, complete with rectory, convent, school, recreation hall, and auditorium, was built, but the Stock Market Crash of 1929 incurred a lot of building debts that the church had to pay off over the next several years.  When Miami Beach became an army base during WWII, the church opened it doors to the soldiers and the congregation surged.  Miami Beach's growing popularity as a tourist resort only helped the church grow into the future.

The church is still an integral part of Miami Beach's Catholic community.  Mass, baptisms, weddings, confirmation, and the eucharist are all held at the church.  Services are performed in both English and Spanish.  Visitors can walk through the church, enjoying the beautiful architecture and religious surrounding.