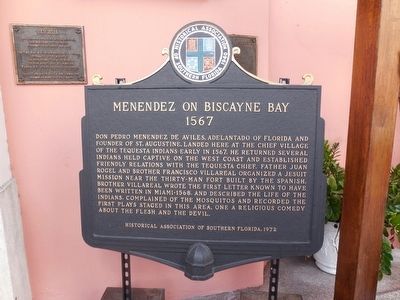 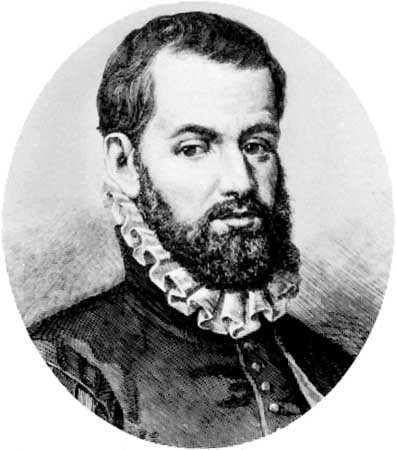 Gesu Catholic Church, where the marker is located 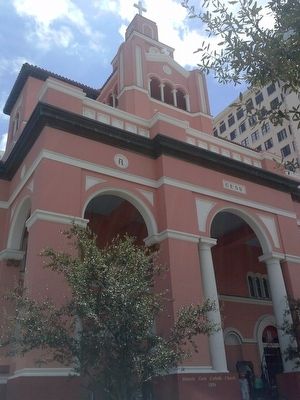 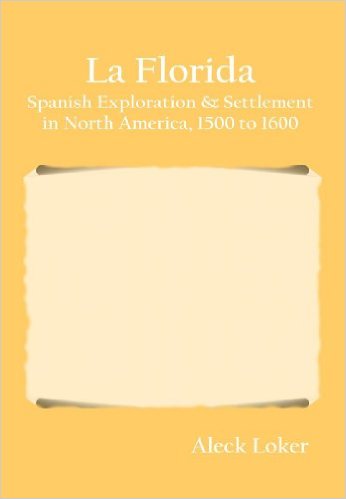 When Menéndez landed here in 1567, the site was the main village of the Tequesta Indians. The Tequesta were one of the first tribes in Southern Florida. They were hunters and gatherers who subsisted mainly on fish, shellfish, nuts, and berries. By the nineteenth century, only a few members of the Tequesta tribe remained. They died out primarily from the introduction of European settlers who brought new diseases, battles, and enslavement.

While on his way to Florida, Menendez was racing French captain Jean Ribault to arrive first. Menéndez and his crew first reached Florida on August 28, 1565, the feast day of St. Augustine of Hippo. It was then that they founded Saint Augustine. The settlement was formerly the Native American village of Seloy. The Timucua people were prominent in Northeast and North Central Florida as well as Southeast Georgia. St. Augustine legend claims that the first Catholic mass in the continental United States was held by Menéndez and his crew after arriving.

After establishing St. Augustine, Menéndez and his crew took control of Fort Caroline and drove out the French. The French had previously attempted to attack St. Augustine but were thwarted by a storm. Following this, Menéndez brought his troops to the then-lightly defended Fort Caroline. Fort Caroline is located on the St. John’s River.

Menéndez had accomplished a distinguished career before landing in Florida. In 1560, he served as commander of the Armada de la Carrera, the Spanish Treasure Fleet, during its trip form the Caribbean to Mexico and Spain.