This former hotel was completed in three phrases that reflect the growth of Grand Junction between 1892 when the hotel first opened as the Grand Hotel, and 1924 when the building reached its current size. The building's signature cupola was completed in 1908-the same year that the hotel changed its name to the St. Regis Hotel. The Italianate style of architecture can be seen throughout the exterior of the former hotel, which served as the leading hotel of western Colorado and the social capital of the city of Grand Junction for many decades. The hotel's ballroom and grand dining room hosted many events and celebrities such as boxer Jack Dempsey. The hotel struggled as rail traffic declined and most visitors to the city chose other accommodations. By the 1970s, the hotel had very little business from travelers and most of the building was vacant or occupied by low-income rental units. Thanks to the efforts of local preservationists and several grants, the building was saved from demolition and is now home to restaurants and retail spaces. 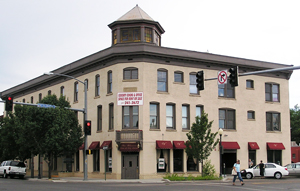 This historic photo of the St. Regis Hotel was taken shortly after the west wing of the building was added in 1906. 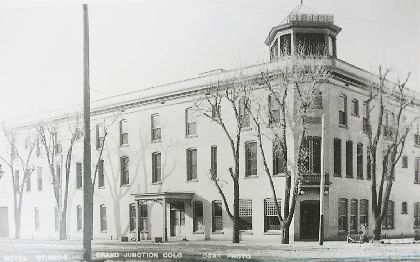 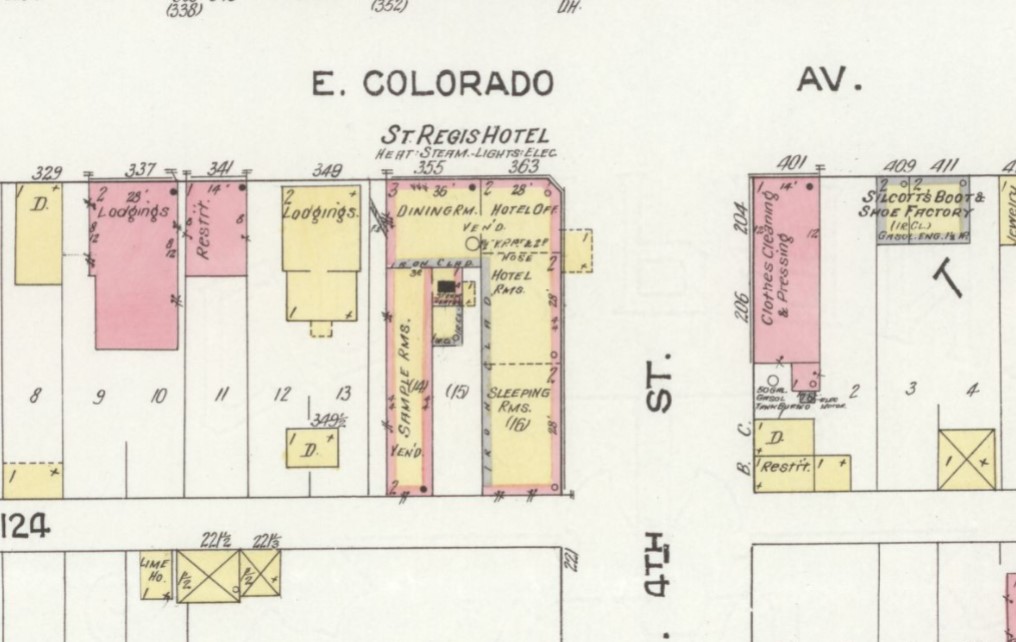 The former hotel is now home to restaurants and retail establishments. The building was added to the National Register of Historic Places in 1992. 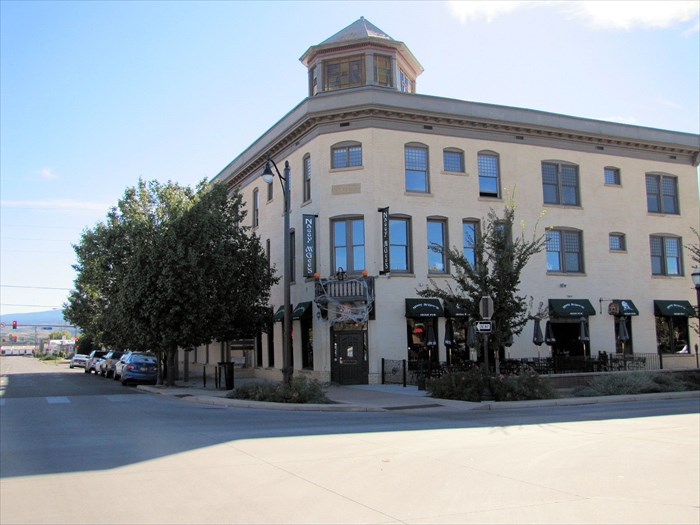 William H. and Allie Neff and Anna Scott financed the construction of the original Grand Hotel and Restaurant which opened in 1895. The west wing of the building was added by new owner Harry Earl Bernett, Sr. in 1906, increasing the number of guest rooms to 28. The hotel's dining room was expanded by the addition, and the business was renamed the New Grand Hotel.

Bernett Sr. sold half-interest in the hotel to his son, Jr., in 1920; Sr. died in 1924. Also in 1924, the city's leading radio station KREX broadcast music from live musicians, the Armand de Beque dance band, from the hotel's massive ballroom. Bernett Jr. was friends with the heavyweight boxing champion, Jack Dempsey, and was said to have been his first manager. In the next decade, the grandeur and free-flowing spirits of the hotel's Oriental Room defied the economic reversal of the Great Depression, but the St. Regis could not overcome the fate of downtown hotels as post-World War II travelers chose economy hotels near interstate highways.

A short-lived boom time for the hotel's bar took place in the 1950s with the uranium mining industry working nearby. The first-floor rooms that had been designed for travelling salesmen to demonstrate their wares were remodeled to provide more lounge space. Bernett Jr. died in 1960 and the new owners of the hotel were Amos and Roland Raso and A.W. O'Brien. The bar business turned out to be more of a success than the hotel. The hotel closed in 1985 and was nearly demolished in 1986.

The St. Regis Hotel was listed in the National Register of Historic Places in 1992 for its contribution to local commerce and for its Chicago and Italianate architectural styling. By that time period, the building held an active restaurant. In 2010, a fire nearly destroyed the historic building but thanks to the efforts of the local fire department the damage was minimal. The bar, The Feisty Pint, is one of the ground floor occupants now, a craft beer pub and restaurant.