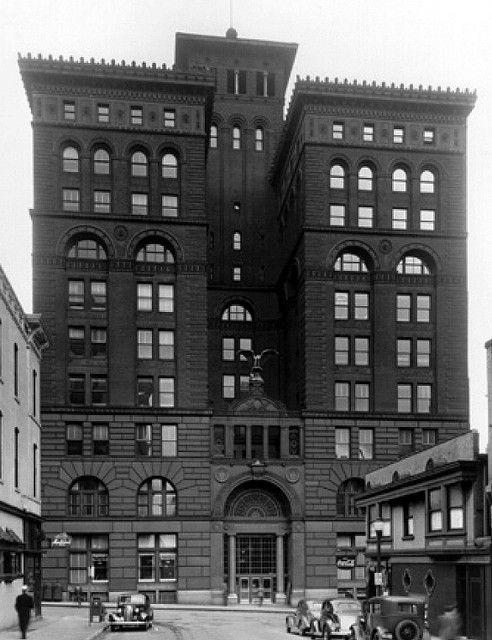 Interior of the New York Life Insurance Building, 1890. Credit to the Library of Congress Prints and Photographs Division. 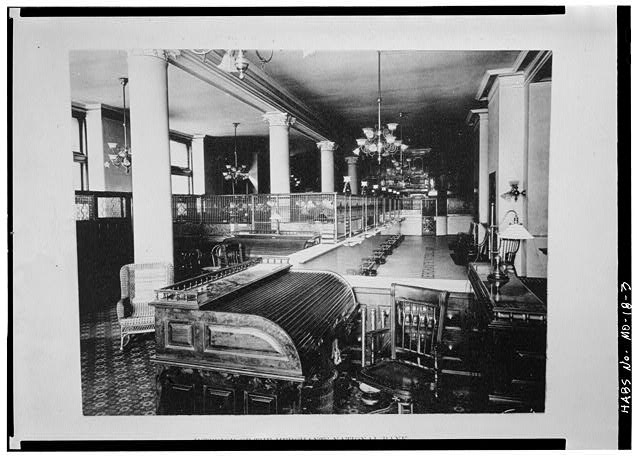 Sculpture over the south front doorway. Credit to the Library of Congress Prints and Photographs Division. 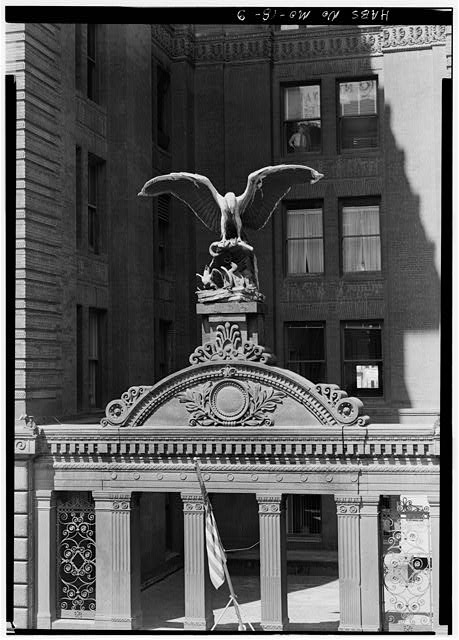 The New York Life Building as it appears today 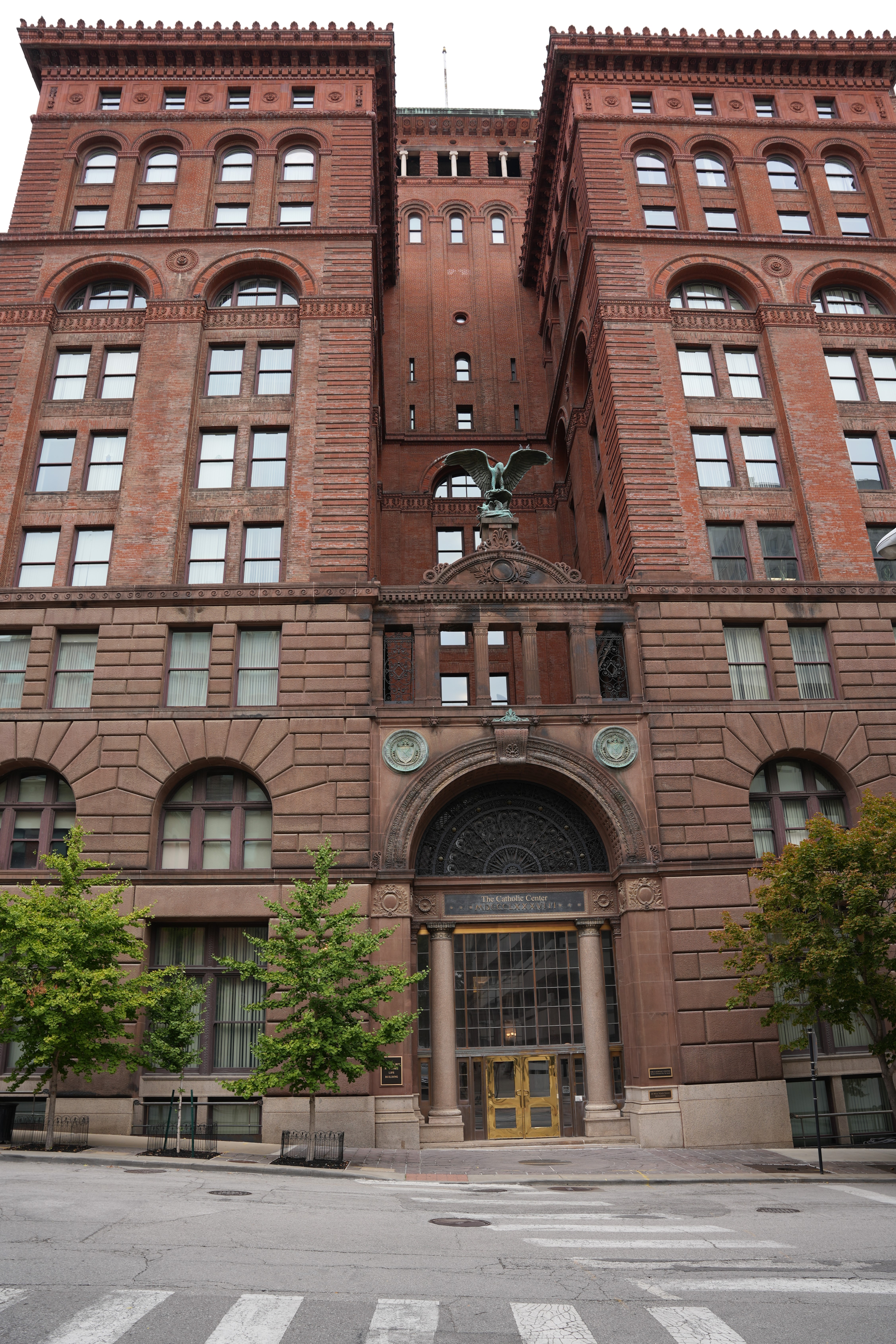 When completed in 1890, it was the city’s tallest and largest building and represented the city’s transition from “cow town” to a city of importance. Along with the building was substantial downtown development.1 The building was in use until 1988, when it was abandoned. Fortunately, in 1996, a $35 million restoration gave the building modern energy, environmental, and communications features. In 2010, the Roman Catholic Diocese of Kansas City-Saint Joseph purchased the building and renamed it the “Catholic Center.”2

Transcription on the Historical Marker

This Neo-Renaissance Style office building symbolizes the faith of the moneyed East in Kansas City during the unprecedented prosperity of the 1880s. The bronze eagle was cast in the studio of Augustus Saint Gaudens. The barrel-vaulted, skylighted lobby, mosaic floors and lavish use of marble and cherry-wood characterize the fine design. Entered on the National Register of Historic Places in 1970.3