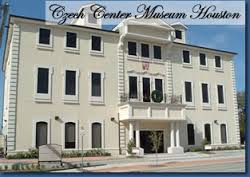 A permanent exhibit opened in February 2010 features a 1,200-piece collection of Czechoslovakian porcelain, pottery and glass, produced only for a 20-year period between the World Wars. The factories which made these pieces were either destroyed by the Nazis or made into munitions factories, and the pieces were not produced thereafter.

"About Us." Czech Cultural Center and Museum. Accessed June 11, 2014. http://www.czechcenter.org/about/aboutus.asp.