Built in 1882, the Hawkins-Hartness House is rich with local history. The house was originally built for Alexander B. Hawkins and his wife. The only other family that occupied the house for a significant period of time was the Hartness family, James A. Hartness and Annie Hartness. James Hartness was North Carolina's Secretary of State for three years. In 1969, the state of North Carolina acquired the house and has used it as offices ever since. Currently, the Hawkins-Hartness House is home to the Office of the Lieutenant Governor.

A view of the southern facade taken from an angle. This view showcases the verandah and some of the landscaping. 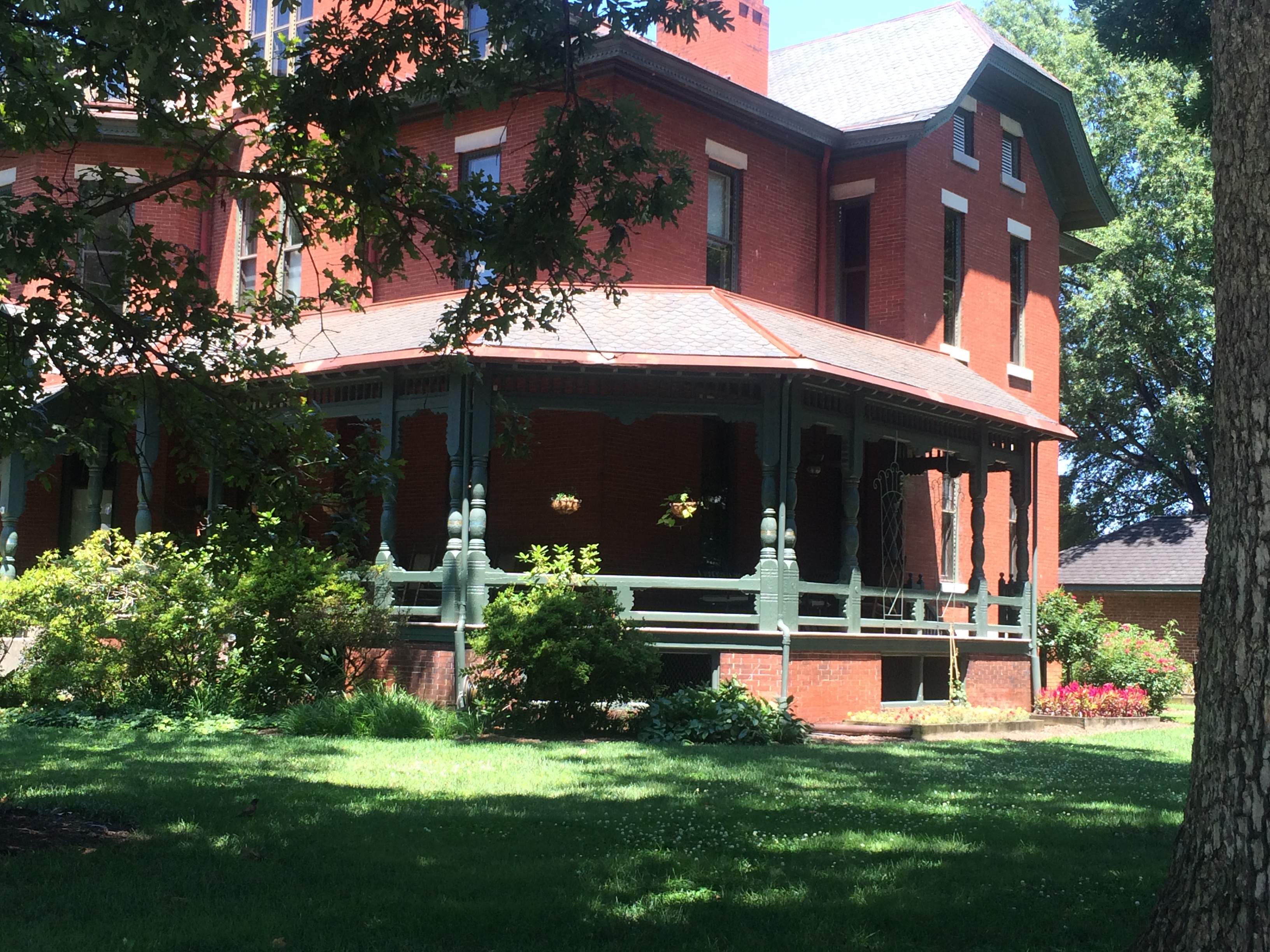 A view of the northern facade, taken facing south. This perspective emphasizes the iconic large verandah. 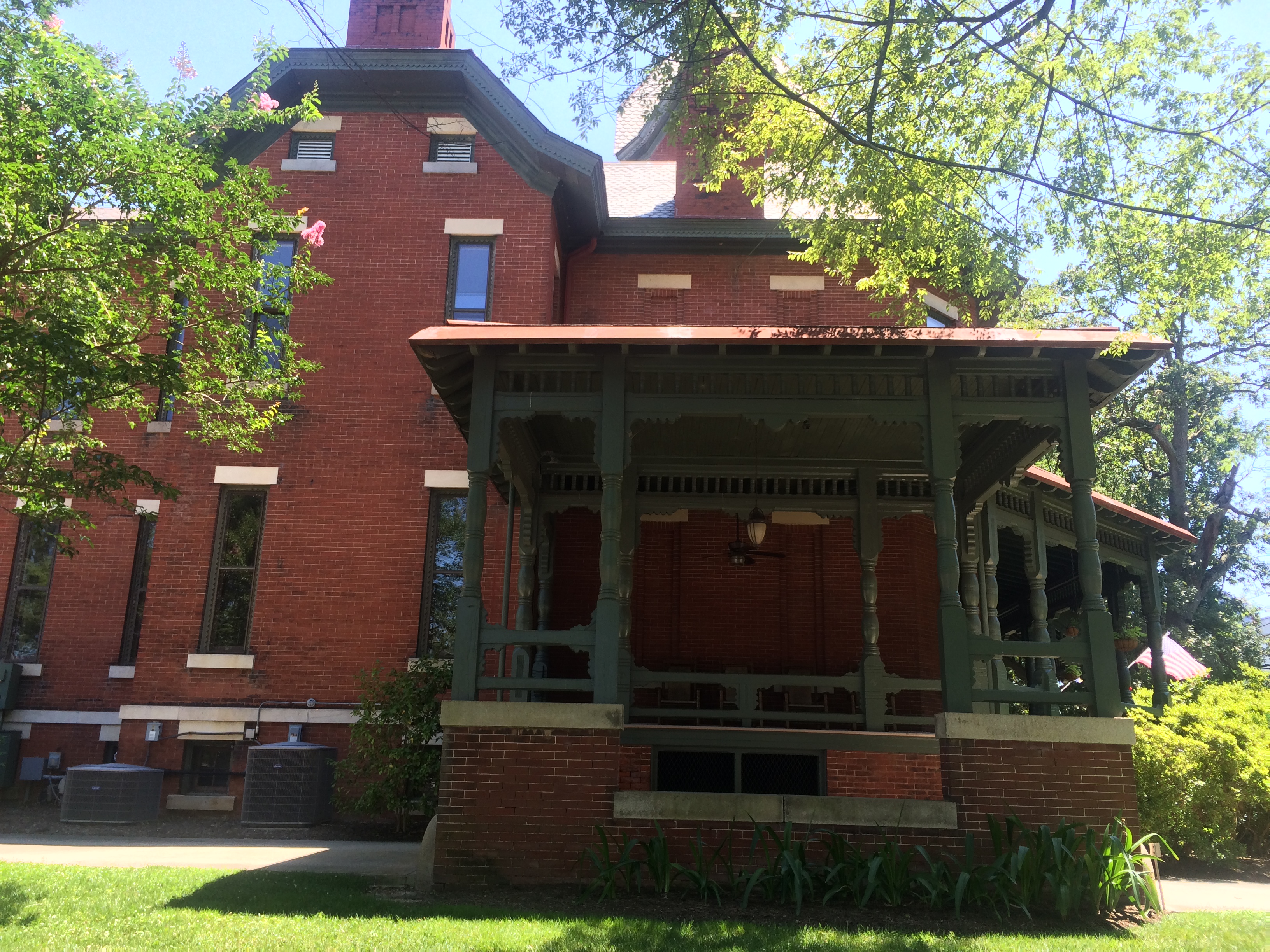 The name "Hartness" is inscribed in the sidewalk directly in front of this house. This must have been added sometime between 1928 and 1969. 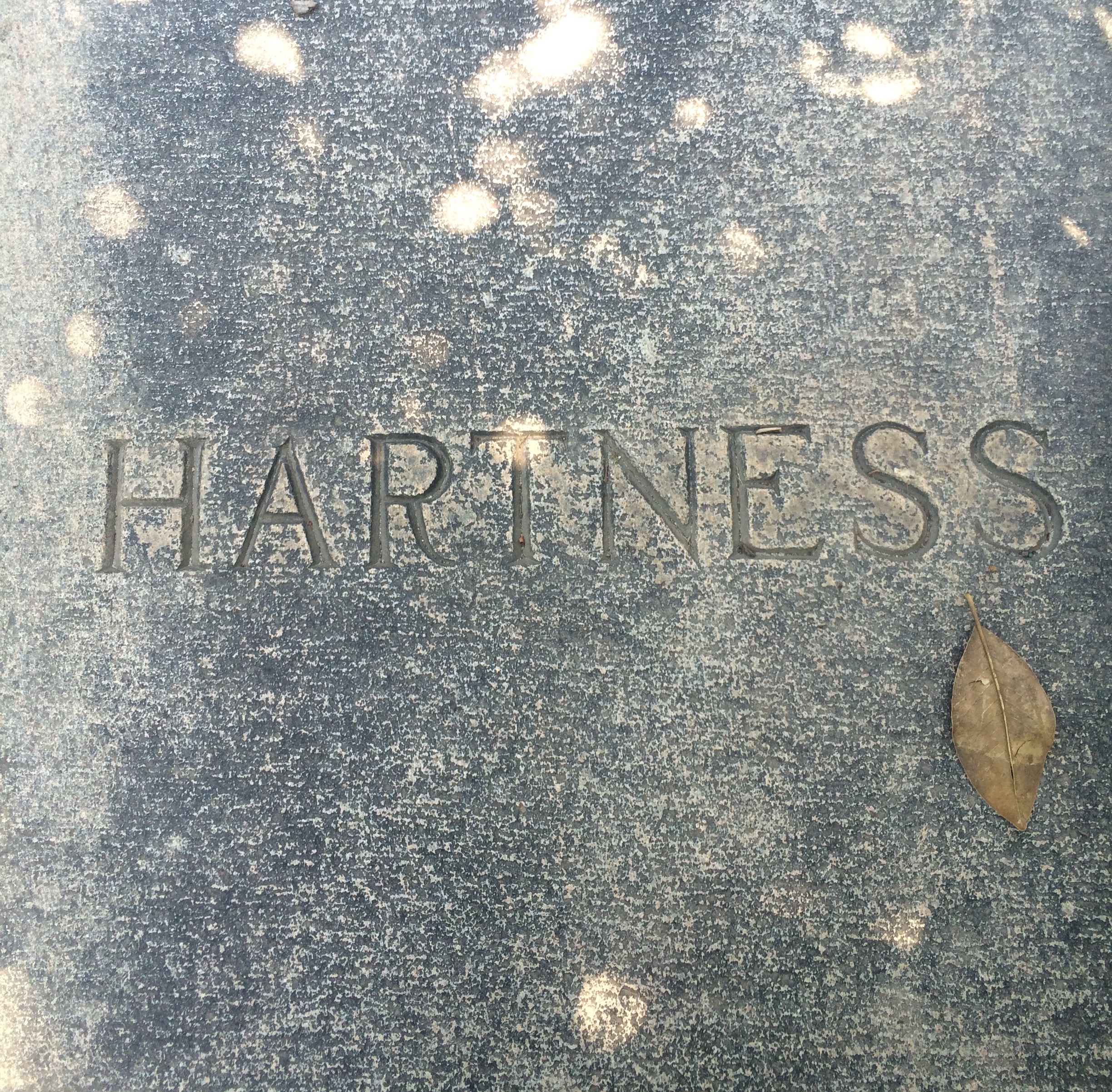 Another view of the front, western facade taken from an angle. This angle showcases the well-manicured landscaping. 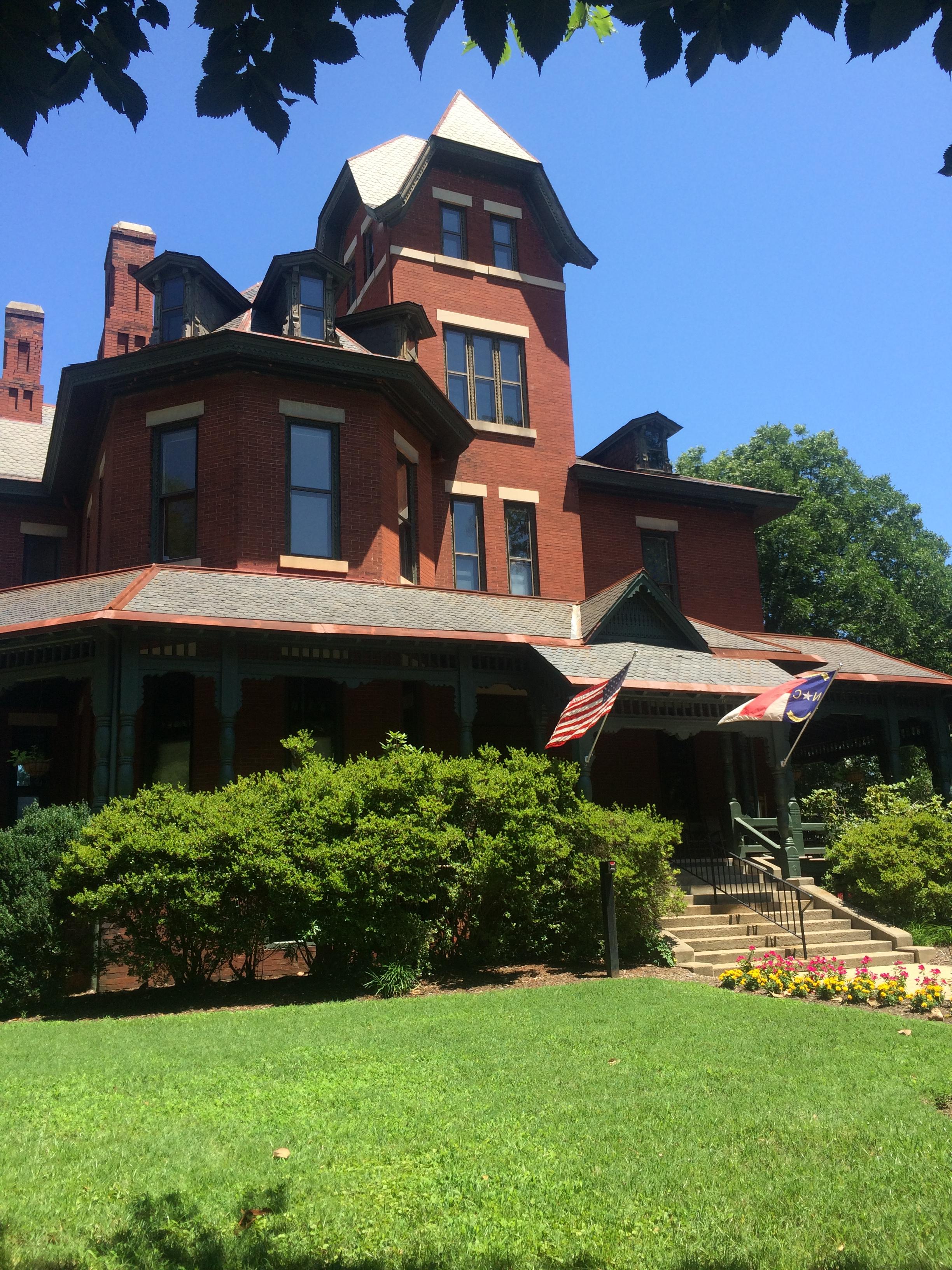 Sign outside of the Hawkins-Hartness House indicating that it is now home to the Office of the Lieutenant Governor. 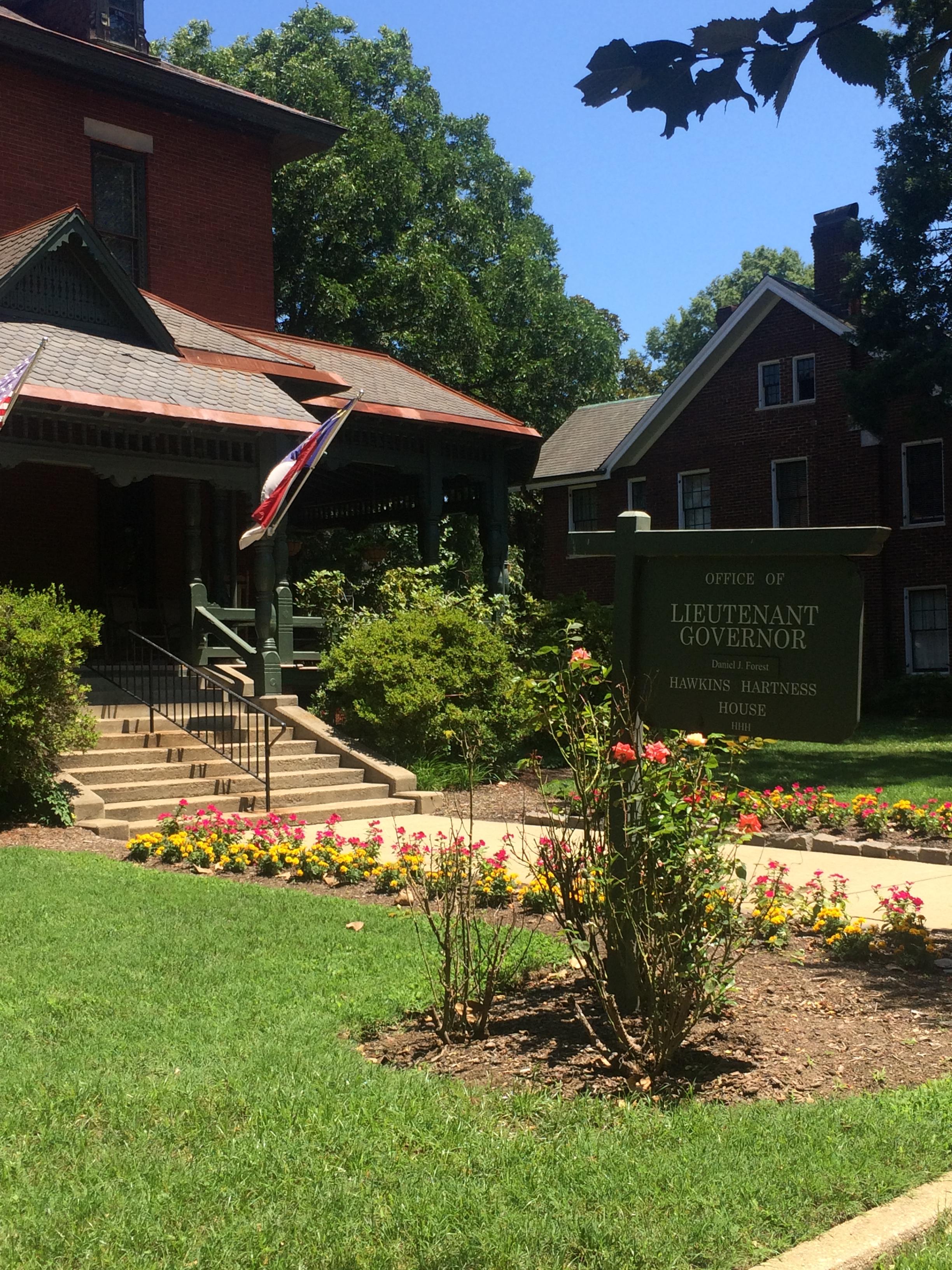 View of the front of the house, framed by tree branches. This is the western facade, photograph taken facing east. 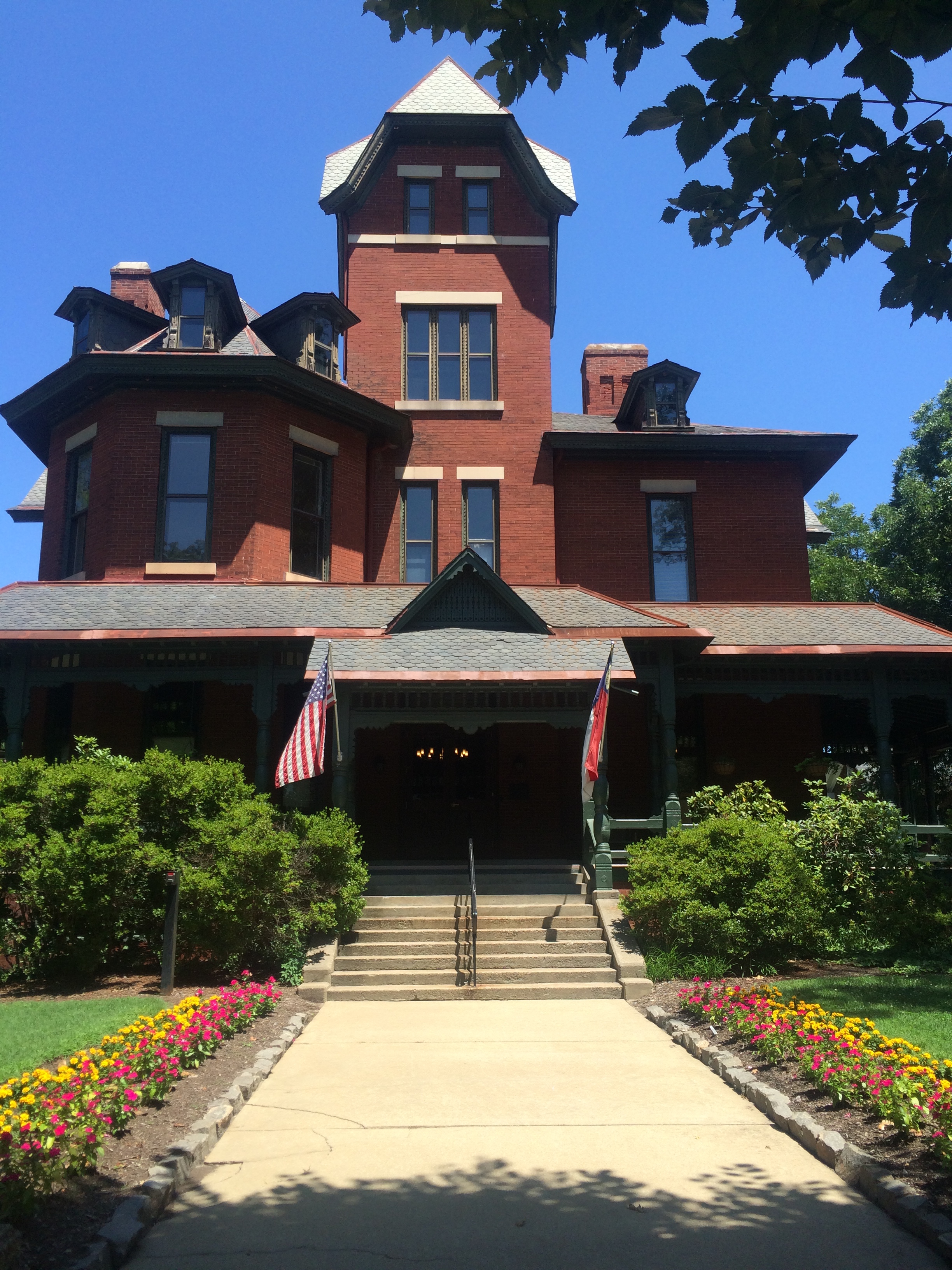 Another view of the front, western facade taken at an angle. US and North Carolina flags waving in the summer breeze. 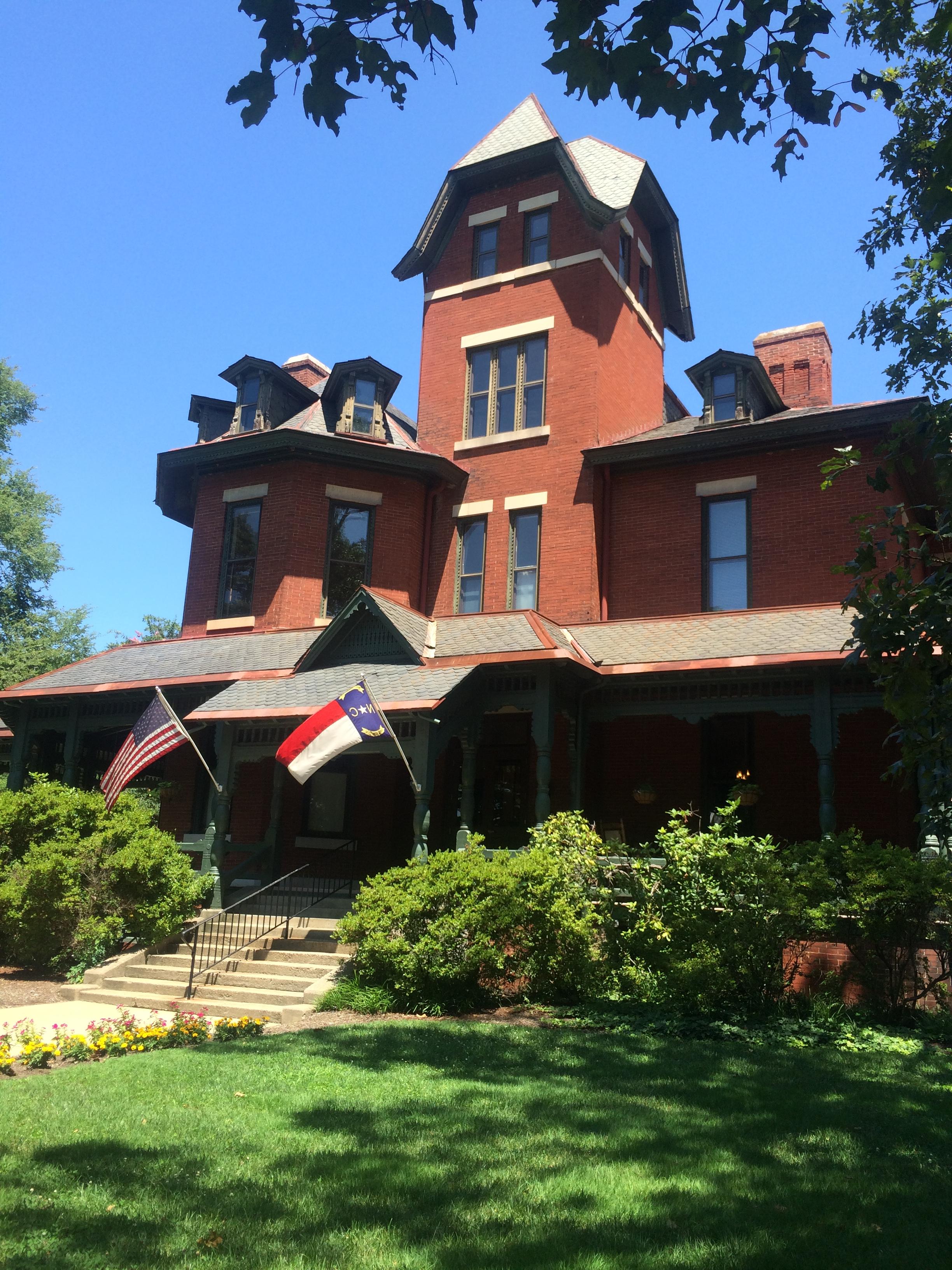 One of the most interesting features of the old Hawkins-Hartness House was the water system that Dr. Hawkins had installed. In the late 1800s, Raleigh did not yet have a city-wide water system, so Dr. Hawkins installed a windmill to pump well water into the attic to use for utilities. He also erected a 6,000 gallon rainwater cistern in the north garden for use as drinking water. Dr. Hawkins shared this drinking water with the governor’s mansion, regardless of who was in office. Thus the Hawkins-Hartness House had close ties to the governorship in the late 1800s as it does today.

The Hawkins-Hartness House changed hands a few times in the early 20th century. Dr. Hawkins conveyed the house to his sister-in-law, Martha H. Bailey, who had been living with Mr. and Mrs. Hawkins for quite some time. In 1922, Miss Bailey sold the house to William and Sadie Erwin. However, the Erwins never lived in the house. They sold the house in 1928 to James and Annie Hartness. James A. Hartness was the North Carolina Secretary of State from 1929-1931. Mr. and Mrs. Hartness lived in the house for the rest of their lives.

Upon Mrs. Hartness’s death in 1969, the state of North Carolina acquired the Hawkins-Hartness House. The house was converted into offices, which were first used by the State Department of Local Affairs. It was also used by the Department of Historical Preservation for a time. In 1988, the Hawkins-Hartness House became the office of the lieutenant governor, and it has served this purpose ever since.

In 2013, the Hawkins-Hartness House received a much needed face-lift. Newly elected Lieutenant Governor Dan Forest, an architect by trade, undertook a large scale renovation to restore the Victorian to her former glory. Mr. Forest secured donations from several local businesses to complete the six month renovation at no cost to the State. The history of the house was preserved as much as possible. For example, the original dining room table is still in use now as a conference table. However, some contemporary-style furniture has been put into use upstairs making this unique house even more eclectic.

The Hawkins-Hartness House is listed on the National Register of Historic Places and is a designated Raleigh Historic Landmark. Visitors are welcome to tour the home and are encouraged to call ahead to schedule a time.