First White House of the Republic of Texas- Historical Marker

This is a centennial marker placed here in 1936 that marks the site of the White House of the Republic of Texas. It is embedded in the outer wall next to the main entrance of the historic Scanlon Building. Texas Republic presidents Sam Houston and Mirabeau B. Lamar lived here from November 1837-December 1838 and December 1838-October 1839 respectively. 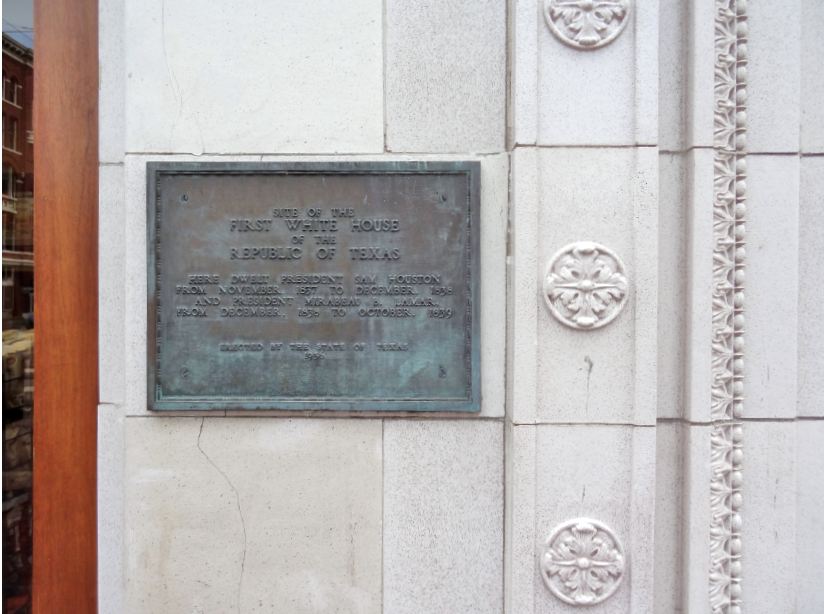 Map of the Texas Republic 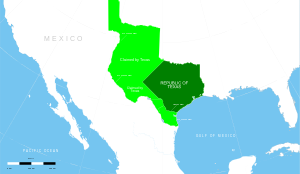 The Scanlan Building- site of the former White House of Texas 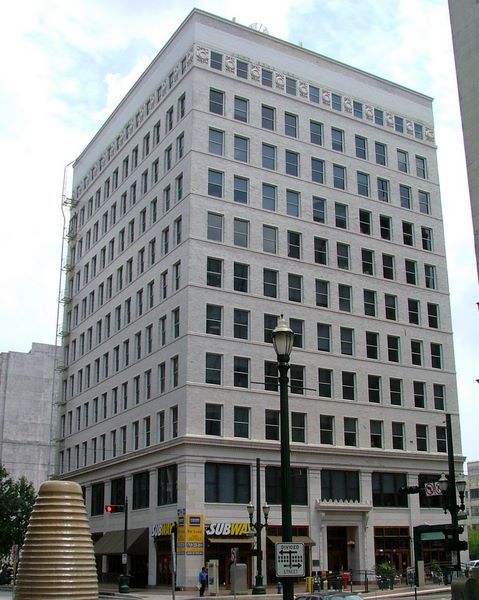 The Republic of Texas was a sovereign county that was in existence as such from March 2, 1836 to February 19, 1846. The republic included all of present-day Texas, as well as parts of present-day Oklahoma, Kansas, Colorado, Wyoming, and New Mexico. Texas gained its independence from Mexico in 1836 and its borders were created based on the Treaties of Velasco between the Texas Republic and Mexico. The 1819 Adam-Onis Treaty between the United States and Spain defined the eastern boundary. The southern and western boundary of the republic remained under dispute during the republic’s entire existence. Texas claimed the boundary at the Rio Grande while Mexico claimed the boundary at the Nueces River. This boundary dispute was one reason for the Mexican-American War from 1846-1848 between Mexico and the United States following Texas becoming part of the US on December 29, 1845.

The Adam-Onis Treaty of 1819, also known as the Transcontinental Treaty, the Florida Purchase Treaty, and the Florida Treaty was a treaty between the United States and Spain that gave Florida to the US and set the boundary between the US and New Spain (present-day Mexico). As a result of the treaty the boundary of US territory went through the Rocky Mountains and to the Pacific Ocean. This was in exchange of the US relinquishing claims on certain Spanish areas, such as parts of Spanish Texas West of the Sabine River. John Quincy Adams, US Secretary of State and Spanish minister Luis de Onis signed the treaty on February 22, 1819.

"Site of the First White House of the Republic of Texas." Waymarking. Accessed February 24, 2016. http://www.waymarking.com/waymarks/WMNQVK_Site_of_the_First_White_House_of_the_Republic_of_Texas.