Many of us wish we could live in a romantic castle, but few manage to achieve this dream. Some do, however, and one such man was Charles Henry Piggott. He constructed this magnificent Romanesque structure - Portland's only surviving castle - in 1892. It was added to the National Register of Historic Places in March 1979. Visitors should beware though - it is believed that the castle is haunted. 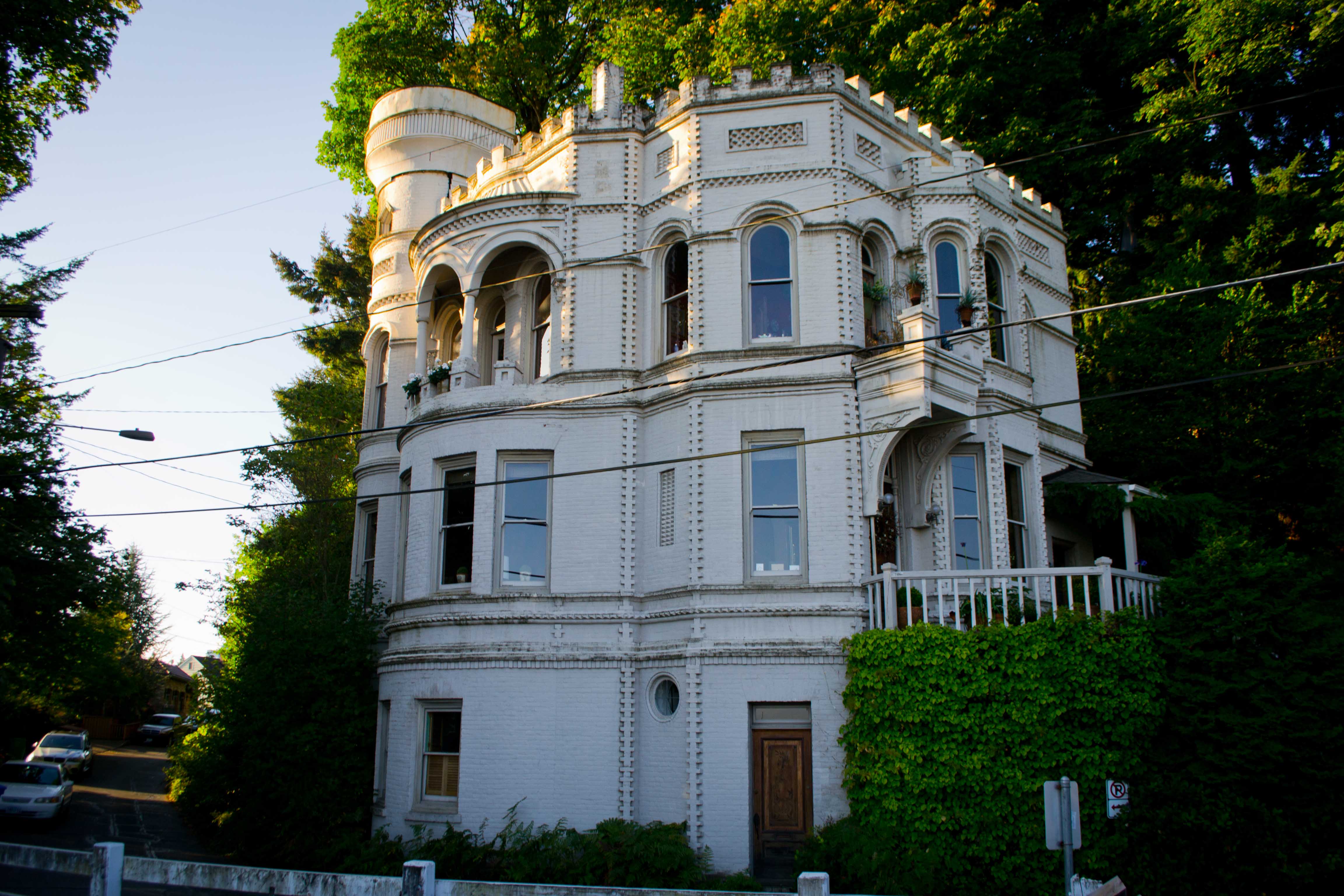 The Charles Piggott House is a folly castle overlooking Portland from the southwestern slopes of the Seventh Street Terraces. Also known as “Piggott’s Castle”, the building was designed and built by a most interesting and eccentric character. Charles Henry Piggott was considered by many to be quite mad, including the architect he had commissioned to design the building, who abandoned the project before construction began. Piggott had arrived in Portland in 1877, having previously operated a successful grocery business in San Francisco. He pursued a number of careers during his life in Portland, including as a lawyer, bricklayer, grocer, fuel company operator, and railroad labourer. He was also an author, publishing “Pearls at Random Strung” in 1908 – a peculiar collection of thoughts ranging from diseases to social theory. By the time he began construction of the castle he was owner of a thriving brick manufacturing firm, through which he supplied the materials for his dream home.

The inspiration for the architectural style of the building came from the castles of the Seven Hills in Rome, Italy. Construction finished in 1892. The castle was originally called “Gleall Castle”, a name composed of the compilation of his children’s first names: Gladys, Earl, and Lloyd. However, Piggott only lived in his castle for one year. In 1893 the Panic struck – a nationwide economic depression which made railroads bankrupt, crashed the stock market, forced more than fifteen thousand businesses to close, and made more than five hundred banks go bust. Unemployment shrank to approximately twenty percent, as around three million people lost their jobs. Piggott was one of the victims of this harsh environment, and he had no choice but to sell his home. Ownership of the building changed hands numerous times afterwards, but for the majority of the time the building was unoccupied. Eventually, in 1934 the Everyman’s Castle Incorporated society acquired the castle and reopened it as residential flats.

The two-story structure was built in a Romanesque Revival style. It features a crenelated parapet and a semi-round tower. Its masonry walls were made of bricks manufactured by Piggott’s own company, laid in stretcher bond. The trabeated doorways and window frames were topped with brick voussoirs, and ornamental carved bricks are distributed elsewhere on the building’s exterior. Entrance to the building is from the north via a moulded rail door topped with a corbelled entablature, the panels of which are elaborately decorated with a variety of woods inlaid in floral patterns and bronze rosettes. The original interior had many remarkable architectural details, including wood panels on the walls, good quality wooden floorboards, and a carved rosewood railing along the main staircase.

The building has required frequent restorations. Extreme levels of vandalism in the early twentieth century required renovations at a cost of thousands of dollars in 1934. A conflagration in 1969 decimated the interior, and although most of the original furniture was saved a second period of restoration followed in 1971, at a cost of more than one hundred thousand dollars. A number of alterations have also been made to the building during its lifetime, in particular to the interior. The original rooms were tiny, so partitions were removed to create larger rooms, such as the “L”-shaped kitchen and the enlarged drawing room. The interior ceilings were lowered, and the old library converted into a restroom. A turret once topped the three-story semi-round tower, but was removed and replaced with crenellations in 1967. An extension was also added to the rear of the building in this year. Today, the Charles Piggott House is the only remaining extant castle in the city. The previous castle, Canterbury Lane Castle at West Hills, was demolished in 2009.