Located in Sam Houston Park, the Heritage Society maintains nine historic structures dating from 1823 to 1905. The Heritage Society was founded by local historians in an effort to save the Kellum-Noble House which had been built in 1847 and was threatened with demolition. The Society also operates a museum at the corner of Bagby and Lamar Streets. 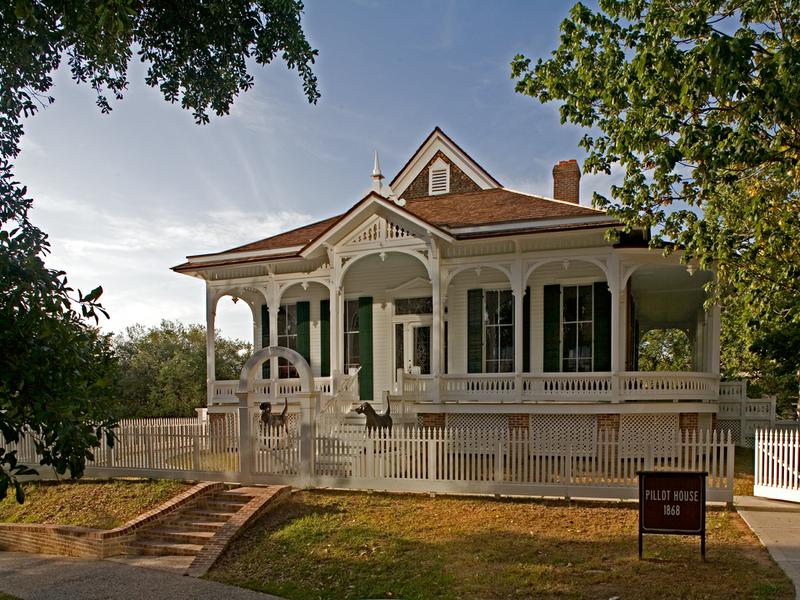 Nathanial Kellum, after whom the house is partly named, arrived in the Republic of Texas (it was not part of the United States until 1846) in 1839, three years after it declared itself an independent republic. He built the house in 1847. Eventually the Noble family moved in and two of its residents, Zerviah and Catherine—wife and daughter respectively—ran one of the first schools in Texas in the house.

The house is the oldest surviving house in the city and it still rests on its original foundation. It also still has its original brick walls. In 1899, the city bought the property and the surrounding land to create the park. The house served as the residence of the park keeper and the grounds around it became, for a short time, the location of the Houston zoo. It wasn't until 1954 that the Society was established to save the building.

"About Us." The Heritage Society at Sam Houston Park. Accessed June 7, 2016. http://www.heritagesociety.org/about-ths.

The museum gallery is open Tuesday through Saturday from 10am to 4pm.