Located on the Point Loma Peninsula in San Diego, the Cabrillo National Monument is a large statue dedicated to Juan Rodriguez Cabrillo, a Portuguese explorer who, on behalf of Spain, explored the west coast of North America. The monument marks the location where he set foot on what is now San Diego, California in 1542. Cabrillo was the first European to land on the west coast. The monument is located in a small park that is also home to the Old Point Loma Lighthouse, which was built in 1855. On special occasions, visitors can climb up inside it to enjoy the view of the bay and the ocean. A visitor center and hiking trails are also located in the park. California designated this area as a historical landmark in 1932 and it was placed on the National Register of Historic Places in 1998. The site also a California Historical Landmark and a U.S. Historic District. 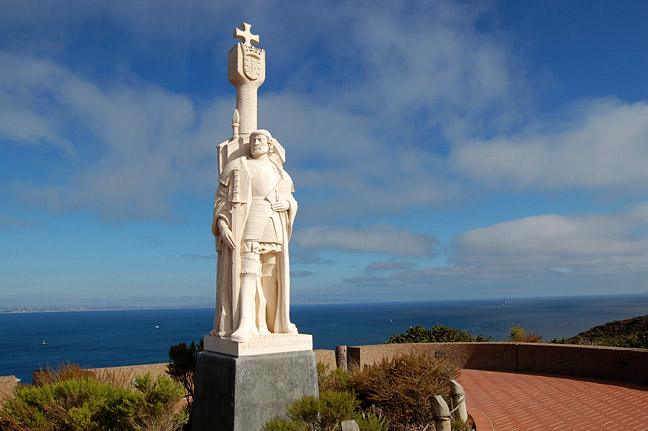 View of the monument and San Diego in the distance 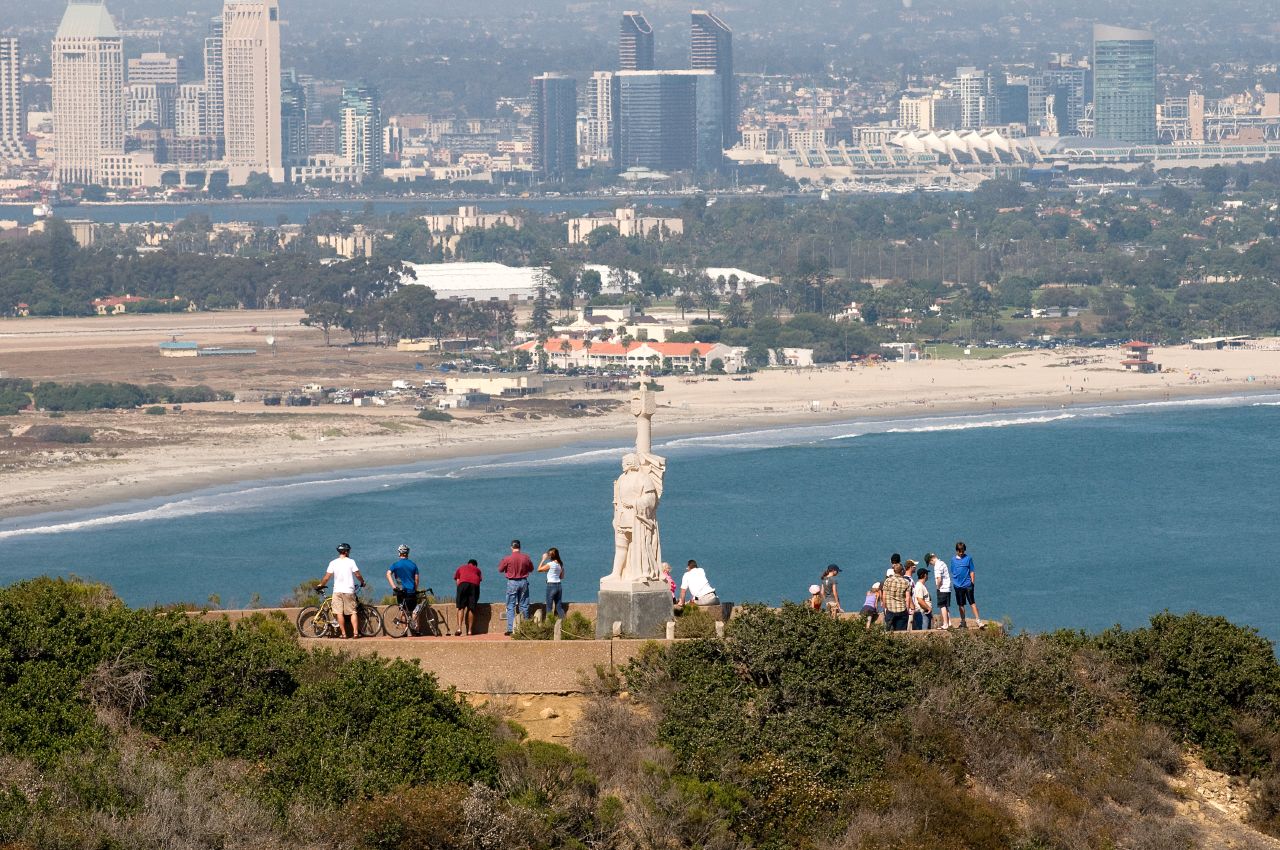 The Loma Point Lighthouse is situated on the southern end of the peninsula. 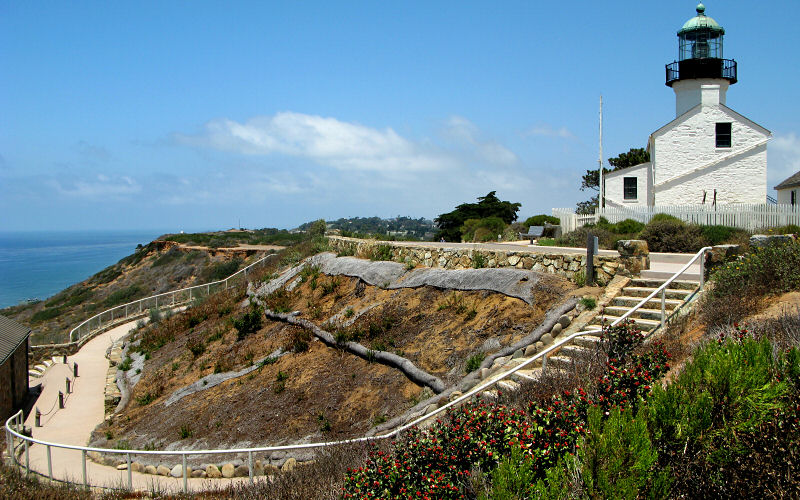 In 1913 President Woodrow Wilson reserved half an acre to construct a monument honoring Cabrillo. A statue was created but it never shipped to San Diego. In 1939, the Portuguese government made a new sandstone statue and donated it to the United States. However, it was put into storage as California had nowhere to display it. Finally, in 1949, the Cabrillo monument was finally installed on its current location. A new limestone statue was eventually created since the original deteriorated after due to its exposure to harsh weather. This statue still stands today.

The Point Loma Lighthouse sits on top of a high ocean crest which rises 422 ft. above sea level. The U.S Coastal Guard found this to be a suitable location and decided to build the lighthouse in 1854. However, the lighthouse was in operation for only 36 years because fog often blocked the light from extending far out to see. As a result, in 1891 the lighthouse was relocated to a new location.

Cabrillo National Monument is open from 9:00 AM to 5:00 PM - except on Thanksgiving and Christmas and New Year's Day. Note that the site's features and facilities have different closing times. Check the website for specific times.