This archaeological site is the location of a Chinookan settlement occupied between the mid-13th and mid-18th centuries CE. It was added to the List of National Historic Landmarks in Oregon in December 1989. 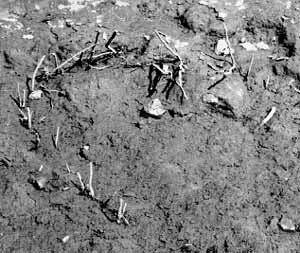 Overview of the site (Wikimedia commons) 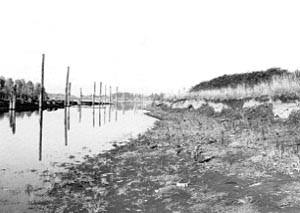 North of Portland, on Sauvie Island, is an archaeological site containing the material remains of a Chinookan settlement that flourished between the mid-thirteenth and mid-eighteenth centuries CE. The Chinookan-speaking Native Americans dominated the Lower Columbia River region, and to this date more than thirty Native American settlements have been discovered in the area encompassing the present-day counties of Multnomah, Clark, Clackamas, and East Columbia. This settlement may have served as a base from which hunting, fishing, gathering, and trade could be conducted on a seasonal basis, by itinerant tribes moving to and from the wet lowlands and the Wappato Valley. When compared with other Native American sites found in the region, a noteworthy level of standardisation can be observed. The majority of them spoke Chinookan languages, and were positioned in wetland areas, usually on the banks of the Columbia and Willamette Rivers in the early nineteenth century. It is believed that the village was abandoned following a devastating smallpox epidemic that struck in the early 1830s, which affected almost all Native American settlements in the wider region. By the 1850s there were no Native American villages remaining in the Portland area, as the tribes had all been removed to the Grand Ronde and Yakama Reservations.

Although there is little documentary evidence of the Native American tribe that once resided here, a series of archaeological investigations have taken place at the Sunken Village from the mid-twentieth century to the present day. Archaeologists Lewis and Clark were the first to record the site during their survey of Native American sites in the greater Portland area in the early nineteenth century. Excavations have been carried out by the Oregon Archaeological Society during the mid-1900s, and more recently by the Portland-based company, Archaeological Investigations Northwest, Inc. They discovered that the site had been looted numerous times in the late nineteenth and early twentieth centuries, a problem that persists to this day. Nonetheless, the waterlogged and anaerobic environment beside the Multnomah River has provided archaeologists with remarkably well-preserved remains, which allow us to enrich our understanding of what this village may have looked like. Perishable under normal conditions, the marshy conditions of the site creates a low-oxygen environment that delays or even prevents the processes of material decay. Rare woven baskets, stone tools, and biofacts such as acorns and seeds have all been discovered.

Today, the site is threatened by the hydraulic engineering works of the Sauvie Island Drainage Improvement District (SIDID), who aim to drain the area through the construction of levees. It is monitored by members of associated Native American tribes from across the state. Visitors interested in similar sites in Multnomah County should visit Cathlapotle, Meier, Clahclellar, and the St. Johns sites of Portland.