View inside the chapel 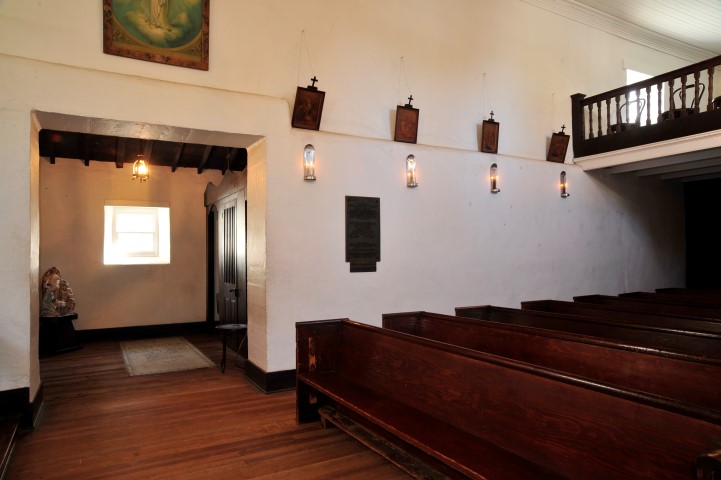 The chapel as it appeared around 1872 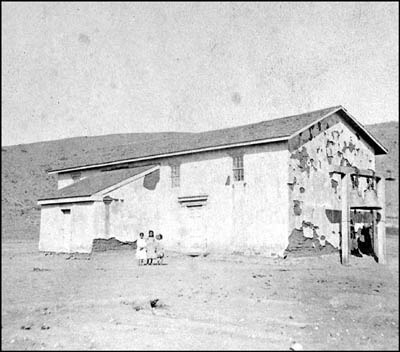 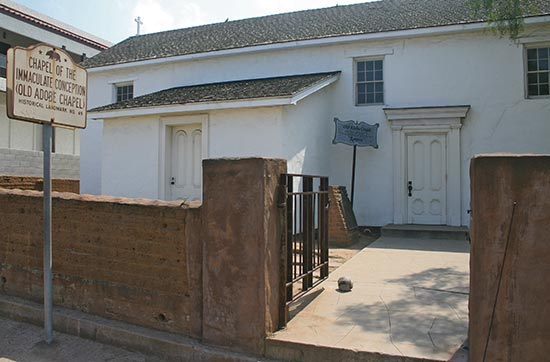 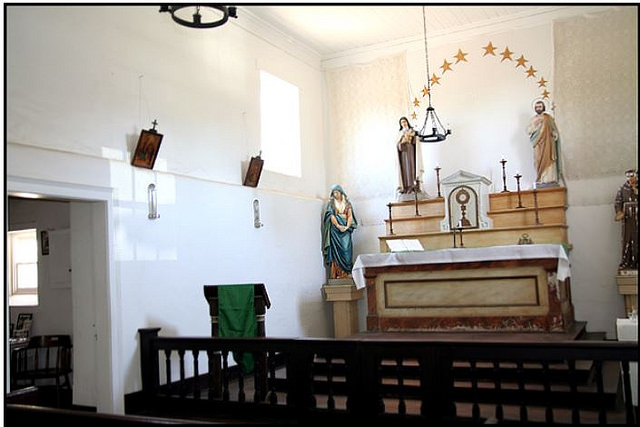 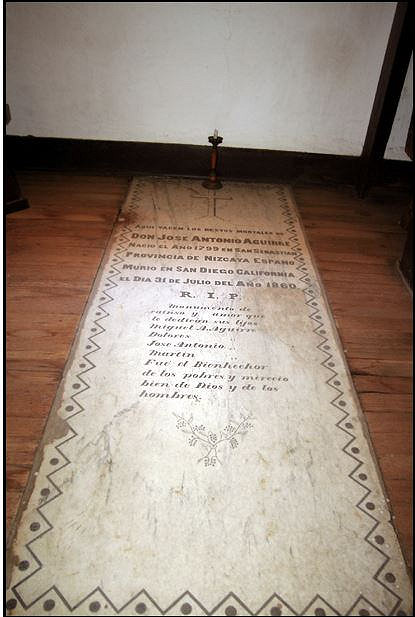 The chapel was originally built in 1850 to be used as a home for a man named John Brown. In 1858, Don José Aguirre converted the house into a chapel. Father Antonio D. Ubach served as the chapel's priest from 1866-1907. Previously, he was a missionary to the Native Americans in the area. While the original chapel was bulldozed in the mid 1930s to make way for a new street alignment, it was subsequently rebuilt in 1937 as a project for the Depression era Works Progress Administration (WPA).

Not only was the artwork from the Mission and Presidio churches retained at the chapel, a substantial photographic record of that artwork was kept as well. As a result, almost all of the artwork from the churches have been recovered. The chapel itself retains key original items, including the tabernacle, marbleized altar, some original pews and doors, and Jose Aguirre's tombstone.

Saturday & Sunday, 11am-5pm and by appointment