This monument was dedicated by the Daughters of the American Revolution in 1929 in honor of former governor and statesman William Harris Crawford. Crawford rose from humble circumstances to become an early lawyer and politician representing Georgia in the US Senate from 1807 to 1813. He was later appointed by President Madison as the ambassador to France following the War of 1812. He ran for President in 1824 and later returned to Oglethorpe County where he served as a judge before passing away in 1834. His grave is located in a family cemetery in Crawford.

This monument to former Georgia governor, US Senator, and Ambassador to France William H. Crawford was dedicated in 1929 by the Daughters of the American Revolution. 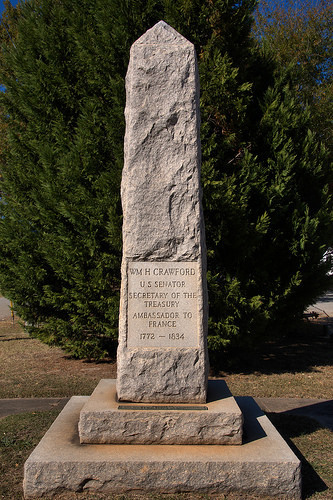 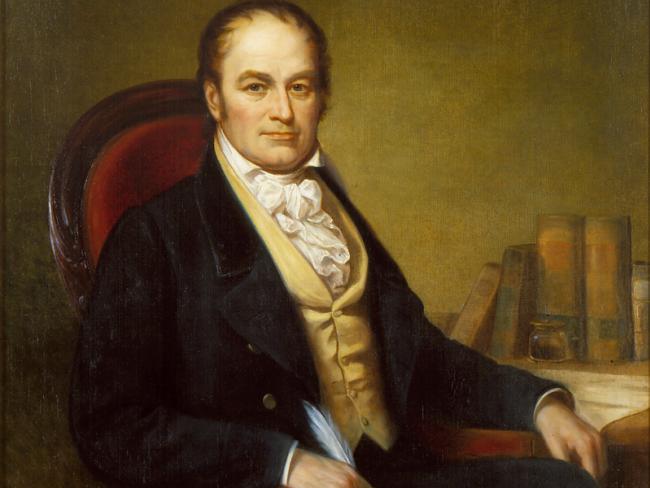 Rising from humble circumstances as the son of a poor farmer in the colony of Virginia, William Crawford moved to the frontier of Georgia and was one of the first to practice law in the area. At the age of 31 he was elected to the Georgia legislature and soon became a leading supporter of governor James Jackson against the land speculators who had used their position to legally "steal" hundreds of thousands of acres in a scandal known as the Yazoo Land Fraud.

Crawford's local popularity and service in the Senate led to his becoming one of the leading candidates for the Presidency in 1824. Due to ailing health, his influential career in politics was cut short and he returned to Oglethorpe County where he served as a judge until his death in 1834.