Front view of the observatory. 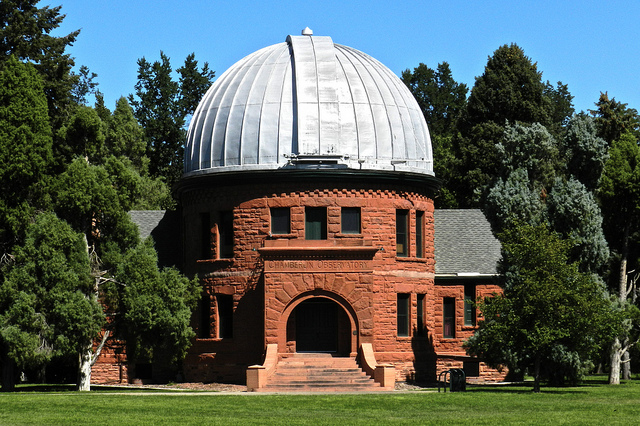 What people come to look through, the observatory's famous 20-inch lens. 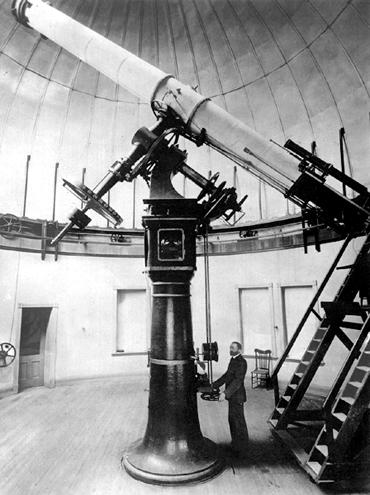 The observatory in earlier times, free from the encroachments of the city. 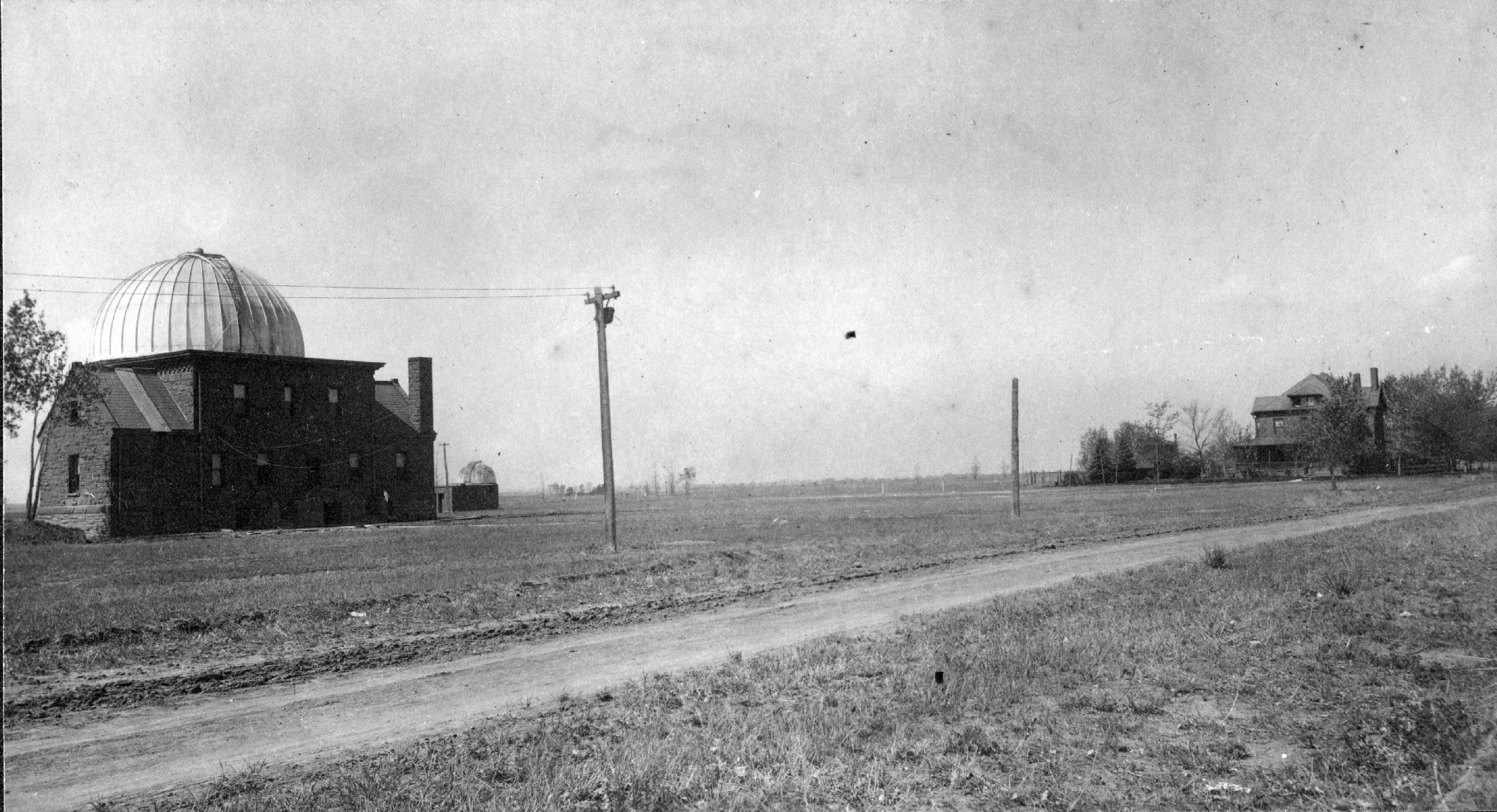 The observatory boasts an Alvan Clark-Saegmuller objective lens of 20 inches in diameter with a 26-foot focal length.  The lens itself was purchased at a cost of $11,000 back in the late 19th century and is considered priceless today.  Its initial use was overseen by the university’s first astronomy professor, Herbert Howe, who also worked on the design of the observatory.  He was the first to open the observatory for a public viewing and went on to publish 28 astronomical papers and two textbooks.

The Chamberlin Observatory is still open for weekly and monthly public viewings, open houses, Dark Sky Weekends and classes conducted by the Denver Astronomical Society.  Please call or visit their website for dates and times.  It was added to the National Register of Historic Places in 1980.