The Hotel del Coronado is a historic luxury hotel in Coronado, across the bay from San Diego. It was built in 1887 by Elisha Babcock and H.L. Story and designed by brother architects James and Merritt Reid in the Late Victorian and Queen Anne styles. The hotel is the second largest wooden structure in the country and at the time of its completion, the only hotel in the world to use electricity. Numerous presidents, politicians, and celebrities have stayed at the hotel since its opening. It was designated as a National Historic Landmark in 1977, a California Historical Landmark in 1970, and placed on the National Register of Historic Places in 1971.

A view of one of the dining rooms

One of the hotel's many pools 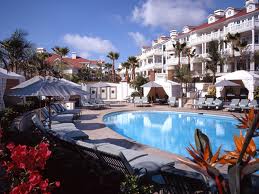 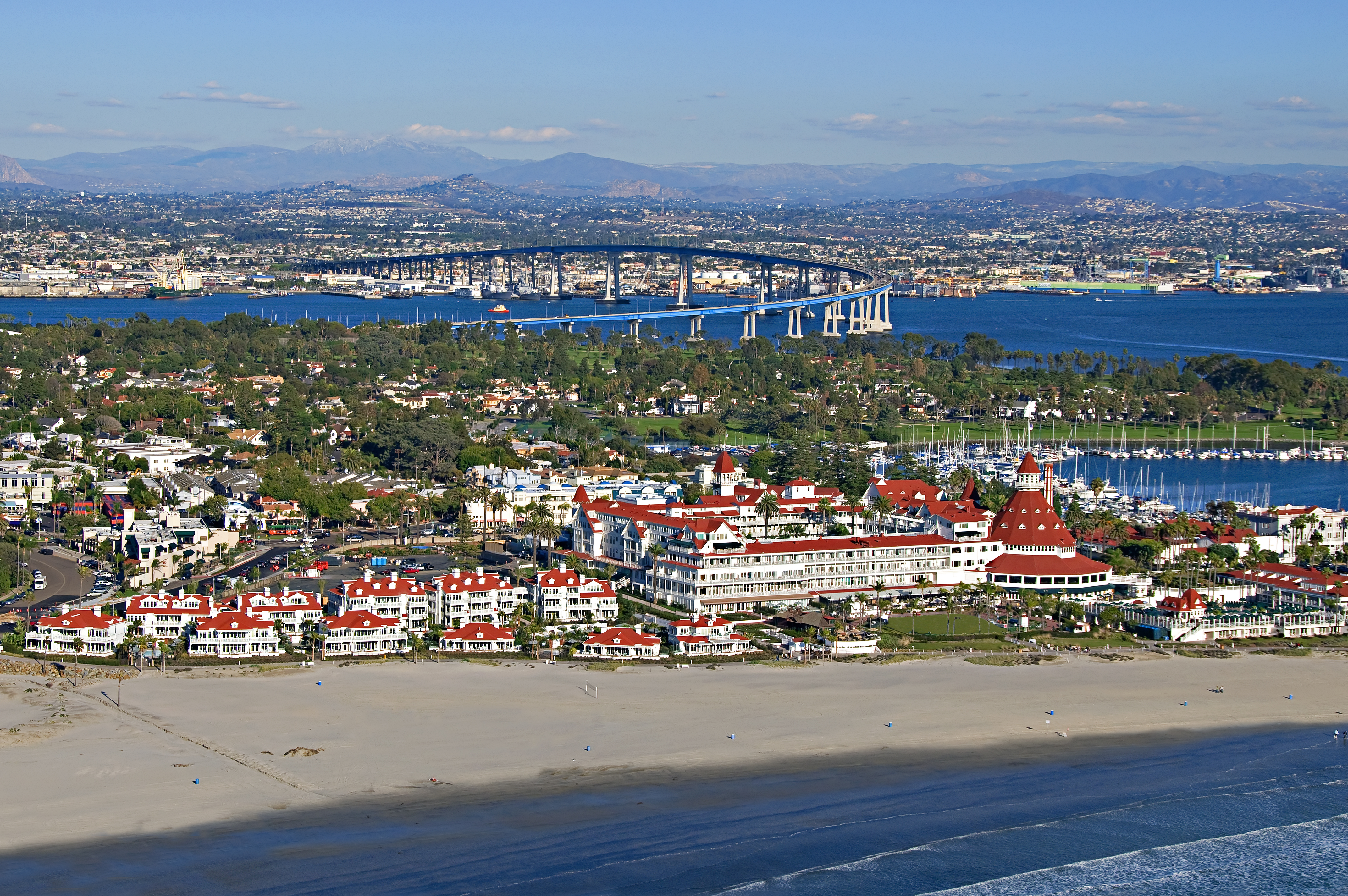 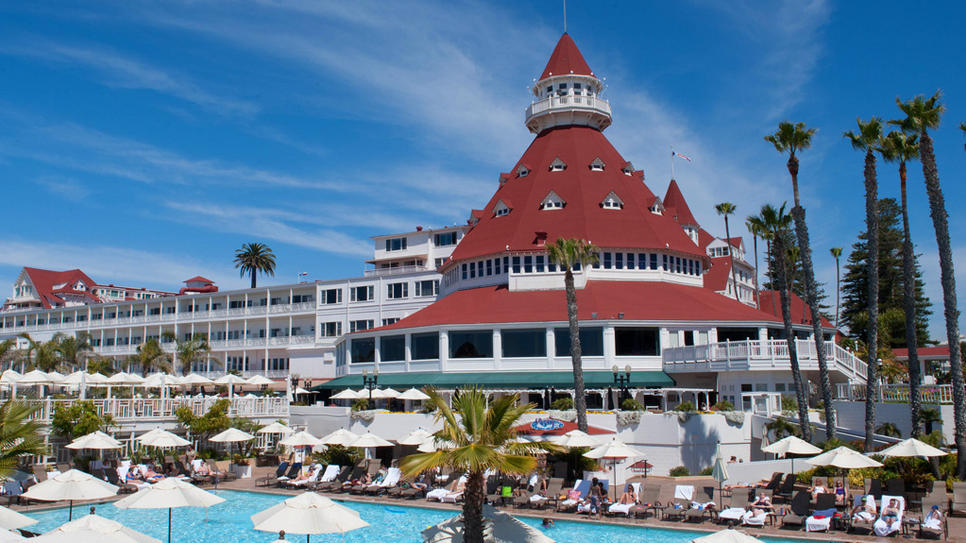 Map of the resort grounds 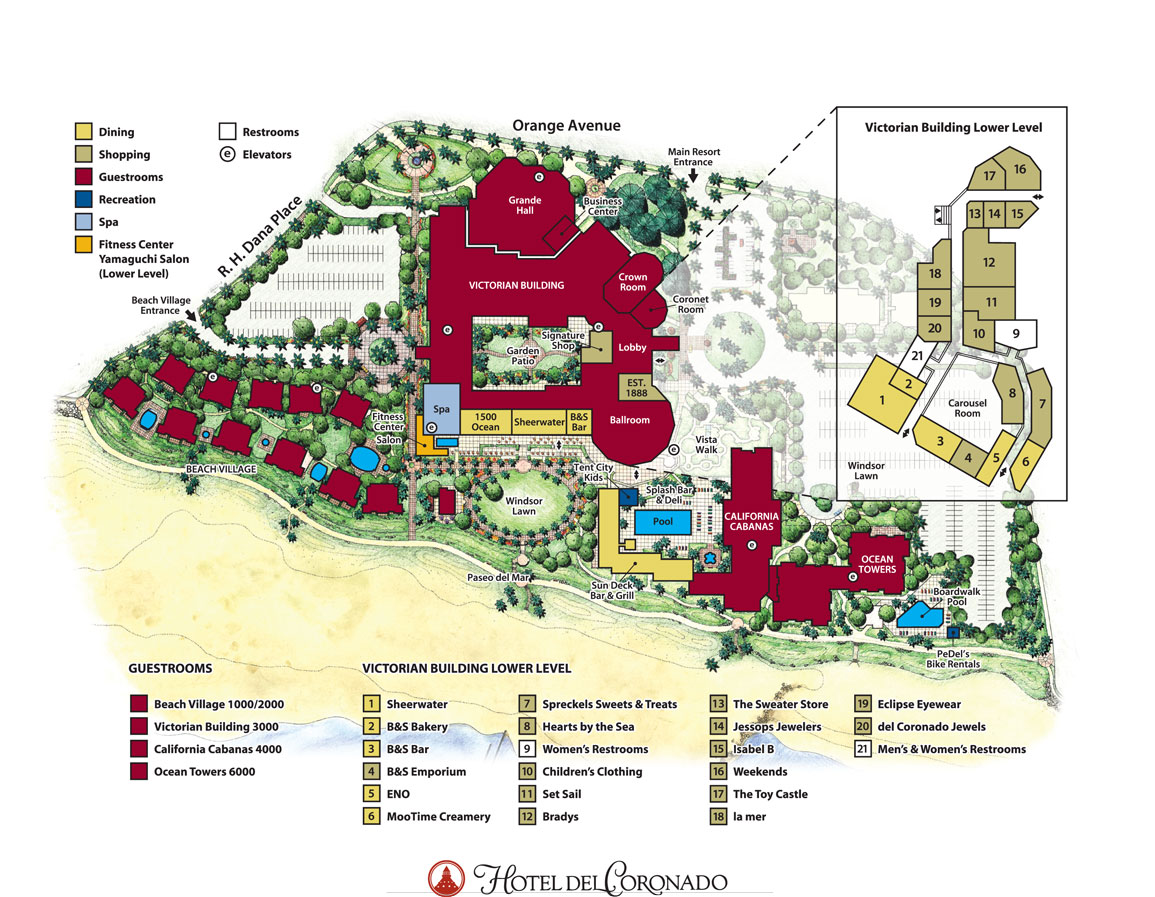 Construction of the hotel in 1887 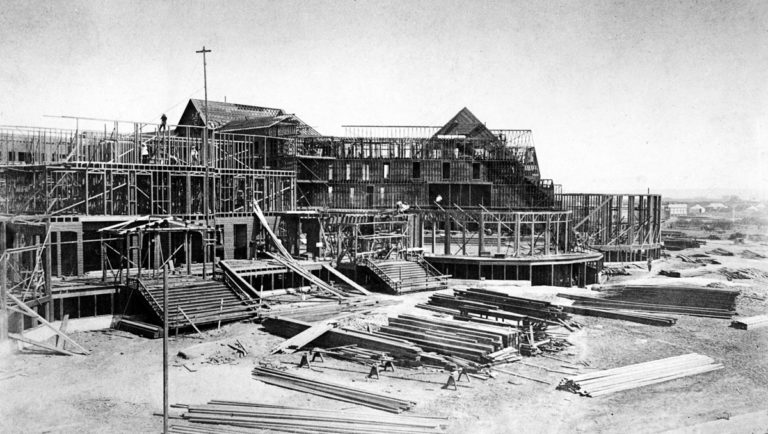 Marilyn Monroe during filming of Some Like It Hot at the Hotel del Coronado, circa 1958. 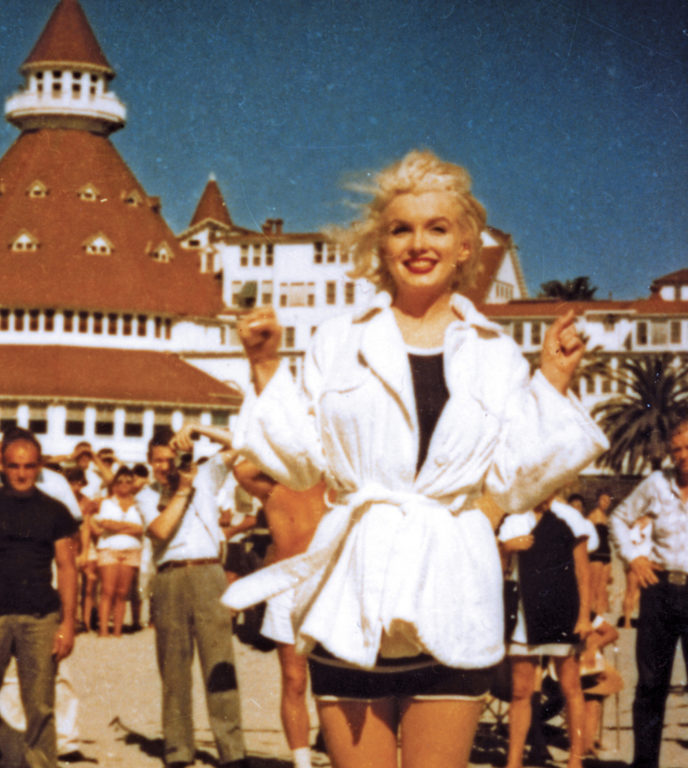 When Elijah Babcock picked out the spot for what would become the Hotel del Coronado in 1886, he admittedly lacked experience in the hotel industry, but "was so inspired by the natural beauty" of the island that he wanted to build a luxurious destination hotel to draw visitors from around the world. Purchasing the entire island of Coronado, Babcock and his partners had the daunting task of developing not just a hotel, but an entire beachfront community. The planning of the town of Coronado and the hotel happened simultaneously.

On March 19, 1887, a groundbreaking ceremony occurred amidst much fan fair, and construction formally commenced. At the high point of construction, over 250 men were employed in the whirlwind effort to complete the hotel at record pace. Just shy of one year later, the hotel opened for business. The completely wooden frame construction used an impressive variety of lumber, from Douglas fir and California redwood to hemlock, cedar, white oak, and sugar pine. The diverse varieties of wood throughout the hotel are one of its most notable features. It was an instant success and soon became a center for the nation's elite. Yet, even with the hotel's popularity, Babcock failed to make a profit. The hotel cost a staggering $600,000 to construct and $400,000 to furnish, yet room rates started at $2.50--and that included three meals a day. As a result, it was acquired in 1890 by John D. Spreckles who operated it until 1926 (the hotel stayed in his family until 1948). It continues to be a popular hotel today.

One of the early draws of the hotel, besides its idyllic location and generally lavish appointments, was its early adoption of electricity. Indeed, it was among the earliest major buildings to be fully "electrified." Other innovations included steam-powered hydraulic elevators and telephone connections. Besides hosting numerous celebrities and dignitaries, including aviator Charles Lindbergh, Presidents Franklin Roosevelt, William Taft, Richard Nixon, Gerald Ford, and Jimmie Carter, and entertainer Charlie Chaplin, it also served as the backdrop for one of Marilyn Monroe's most famous films, Some Like it Hot.