Fort Eustis was named after Abraham Eustis, a lawyer and a Brevet Brigadier General in the U.S. Army. The fort sits on Mulberry Island and is now a part of Langley. John Rolfe, who was the husband of Pocahontas, and part of the Virginia fleet once resided here before it became Fort Eustis. Two hundred residents lived here but were relocated during World War I when the Army purchased the land. In 1923, it became a permanent military installation and was named Fort Eustis. In 1931, it became a federal prison during the Prohibition era. Today it serves as an Air Force Base known as Joint Base Langley-Eustis. 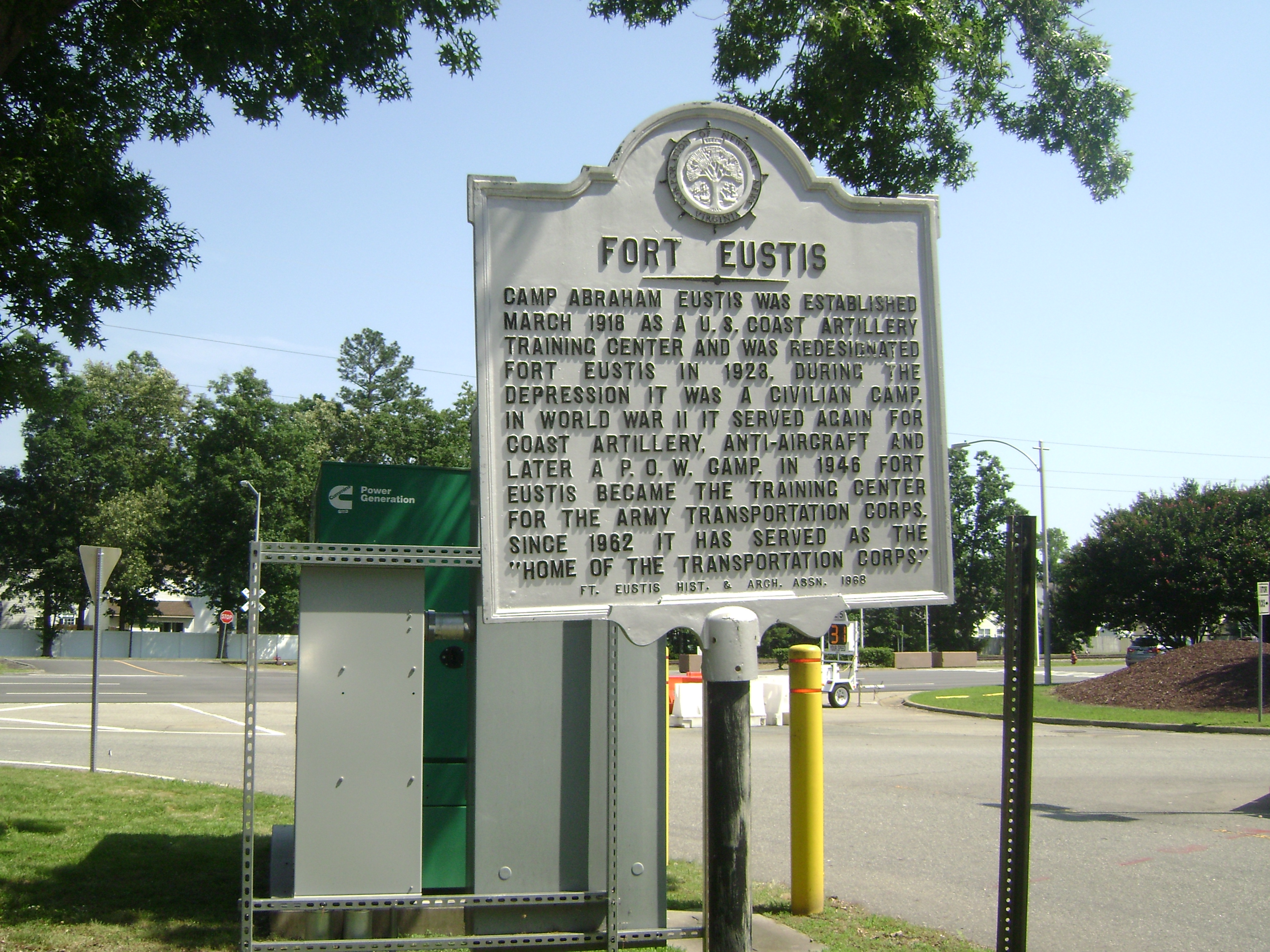 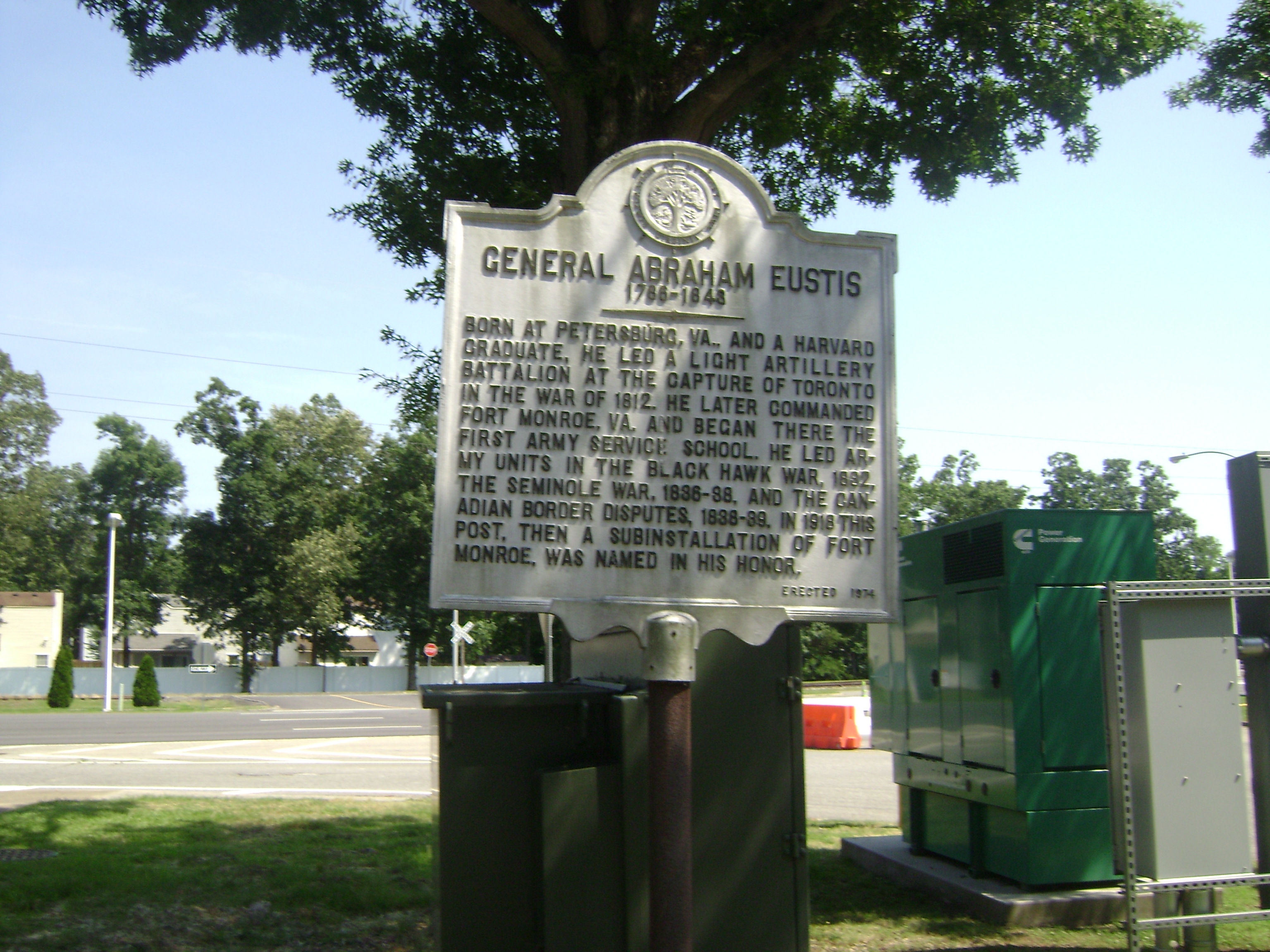 Abraham Eustis was born in Petersburg, Virginia in 1786. He studied at Harvard College and then Bowdoin College before becoming a lawyer. Eustis was a veteran of the War of 1812, the Black Hawk War and the Florida Seminole Wars. He earned the rank of Brigadier General in 1834. He became an artillery specialist  and was the first to command Fort Monroe in Hampton Roads, Virginia. Eustis also commanded the artillery school within its compounds.  Later he commanded Fort Butler in Murphy, North Carolina.

Mulberry Island was home to prominent English colonist John Rolfe in the early 1600s. He established tobacco farming in Jamestown, which allowed the colony to prosper and become economically viable. During this time he met and married Pocahontas, daughter of the Powhatan chief. The couple lived in Jamestown before traveling to England in 1616. Pocahontas would die there in 1617.

Camp Abraham Eustis was established on Mulberry Island during World War I. It sits on the off the James River. Its coastal location was convenient for an artillery replacement center to aid Fort Monroe. In 1923, it was renamed Fort Eustis. Fort Eustis was eventually combined with the nearby Langley Air Force Base in 2010 and renamed the Joint Base Langley-Eustis.

The fort has also been a federal prison and at one time held the most German prisoners of World War II, 4,345 men at the middle of 1942. The U.S. Army's Special Projects Division of the Office of the Provost Marshal General wanted to establish a school system to teach the POWs in Fort Eustis and in Fort Getty, Rhode Island. A German POW named Jakob bragged about the school and stated “Ft. Eustis is the greatest thing that ever happened to me. Even though it was a short course, it is an experience that you remember for a lifetime. Eustis restored my faith in God and man. It’s not only what was taught at Eustis, but the fact that the school existed, in the first place. Only the United States could have created such a place.”