Originally built in 1880 as the co-educational Brinker Collegiate Institute, the Navarre building has been home to many establishments since its construction. Throughout the late 19th century and most of the 20th century, the building accommodated a hotel, renowned for its illicit activity, and multiple restaurants. There was once a tunnel that connected the Navarre to the esteemed Brown Palace Hotel across the street: well-to-do members of the community would stop by the Brown and secretly make their way over to the Navarre building to indulge in the activities it offered. Today, the Navarre functions as the American Museum of Western Art – Anschutz Collection, in which visitors can view many great works of art. 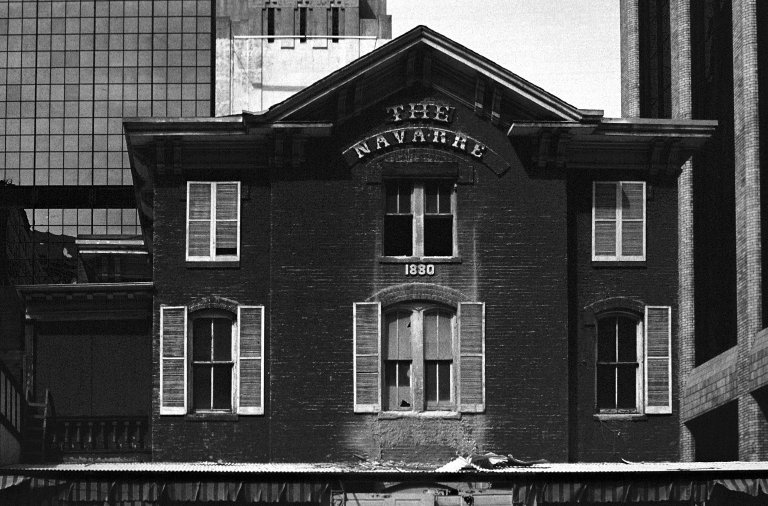 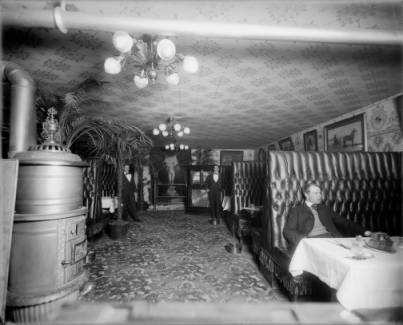 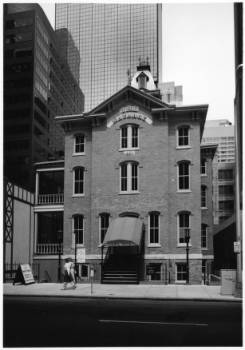 Navarre, prior to renovations 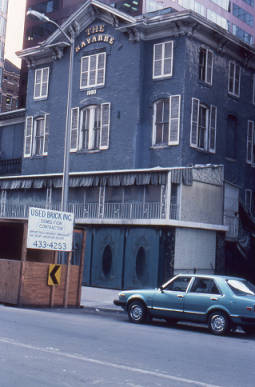 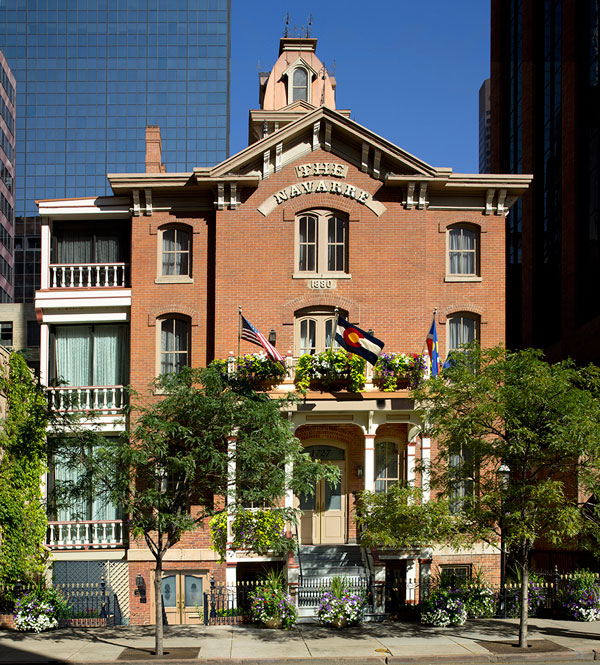 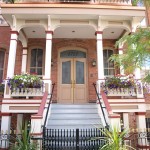 In 1880, the Brinker Collegiate Institute, a private institution, was designed and built by architect F.E. Edbrooke. The Institute was founded by Joseph and Elizabeth Brinker as one of the first co-educational colleges that offered anywhere from primary education to collegiate level academics. The local newspapers praised the new building as “an architectural as well as educational ornament to the City.”[1] The first floor of the building held the President’s office, along with classrooms, the dining room, and a kitchen. The second floor housed parlors, music rooms, the kindergarten department, and a chapel that was able to seat up to 300 people. On the third and fourth floors were the dormitories for students.

In 1886, the school closed after Joseph Brinker’s death. The building reopened in 1889 as the Richelieu Hotel. However, operators C.W. Hunsicker and Robert Stockton were well known as gamblers and quickly turned the establishment away from its original purpose. The building was later lost in a card game to gamblers F.D. Chase and Vaso Chucovich, who renamed it the “Navarre” after Henry of Navarre, King of France, who was well known for his fun-loving lifestyle. The upper floors were rented to “ladies of the night” and an underground tunnel was created between the Navarre and the respectable Brown Palace Hotel across the street. Esteemed members of the community could appear to go into the Brown Palace, while secretly spending their time in the Navarre. The tunnel has since imploded, but its entrance is visible in the current building.

Mayor Robert Speer attempted to reform the Navarre in 1904, but illicit activity continued to occur until the 1920’s. In the 1940’s Johnny Ott reopened the building as a dining establishment and restored it to its original Victorian roots; he refurbished the bars and booths and restored paintings. Peanuts Hucko, a jazz clarinetist, reopened the restaurant again in the 1960’s and transformed it into a premiere jazz club in Denver.

In 1997 the Anschutz Corporation took control of the building and refurbished it once again. They transformed it into the American Museum of Western Art – Anschutz Collection and added offices for two foundations, both of which continue to occupy the space today.