Koreshan State Historic site preserves the history of the followers of Cyrus Reed Teed, a religious leader who established a new faith he called Koreshanity. Teed came to Estero in 1894 and established a religious colony he called New Jerusalem. Teed died in 1908, and per his teachings, his followers expected that he would be reincarnated and resurrect as an immortal being. After burying his body as instructed, the eagerly awaited a sign of his resurrection. After his death, the colony began declining. The last Koreshan gave the land to Florida in 1961 and the state operates the land as both a state park and historical site. Highlights of the park include buildings that housed Teed's followers and landscaped grounds that feature plants from around the world.

An undated photo of the Estero Boat 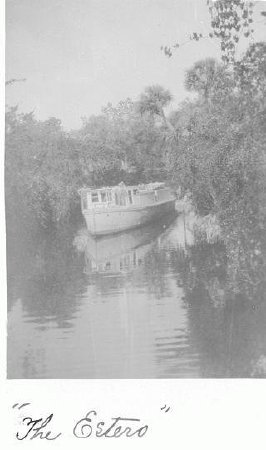 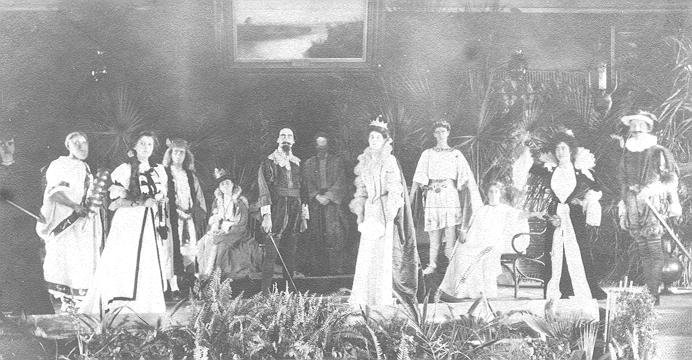 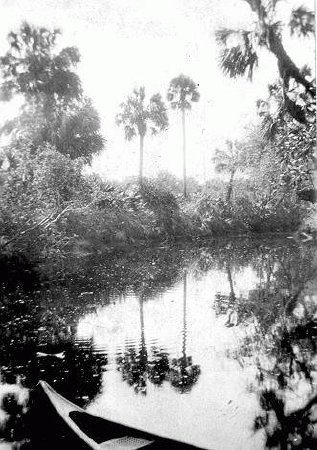 Teed was born in New York. During the Civil War, he joined the 127th infantry of the New York Volunteers. In 1863, and while still serving as a member of the 127th Infantry in Virginia, Teed suffered from sunstroke while on a mark towards Warrenton Junction. The sunstroke led to paralysis of his left arm and leg. While recuperating in the hospital for over two months, Teed studied medicine. He later began a medical practice in Utica, New York. Some of his prescriptions included advice that blended his personal beliefs. When patients and residents labeled Teed as eccentric, he left Utica in hopes of finding like-minded individuals.
Teed claimed that he could change lead into gold, one of many secrets of the universe he claimed to understand. Teed applied aspects of various Bible verses and applied them to science and nature. He also believed the Earth was hollow and stated that humans lived on the inside of the Earth rather than the outside.

Teed suffered from numerous health issues following the Civil War and his professed beliefs also made it difficult for him to earn a living. Nonetheless, he began teaching his beliefs which included reincarnation and celibacy as well as the possibility of immortality. He was able to earn a living for a couple years after the war owing to his family's mop business, but the business failed as he dedicated his time to gain followers. Teed changed his first name to Koresh and opened a communal home in Moravia. He later established communal homes in Chicago and San Francisco. The last communal home he established in Estero became the best known, and today retains some of the buildings constructed by followers.

Teed had his followers journey to Estero, Florida between 1893 and 1894 to build “New Jerusalem” as a place for the followers of Koreshanity. The move to Florida featured fifteen train cars that were loaded down with possessions and necessary items. The community began with three hundred and twenty acres, but the Koreshans later purchased over 5700 additional acres.

The Koreshans brought in many plants from tropical locations to help beautify their colony and constructed homes and began agricultural endeavors and various necessary industries so that they might have a self-sustaining community. At its peak, over two hundred and fifty residents lived in Estero and the community produced a newsletter known as the Flaming Sword. On page eleven of the Koreshans’ newsletter for July 1929, the author claims that Thomas Edison, who maintained a neighboring summer home, visited the community. Despite a large following, the commune was unable to maintain its growth. In 1961, the group's last remaining member decided to give the remaining 135 acres to the State of Florida.