The Turner-Dodge House was originally built in 1858, one of the first homes constructed in the new capital of Lansing. It belonged to James Turner, a merchant pioneer, and his wife Marion. Their daughter Abby and her husband Frank Dodge bought the home in 1899 after James died. Both the Turner and Dodge families were active in politics and in the development of Lansing as the new state capital. Their Classical Revival-style home has been extensively remodeled and renovated over the years. Today, the house is maintained by the Lansing City Department of Parks & Recreation as a historic center with public tours.

The Turner-Dodge Historic House was added to the National Register of Historic Places in 1972. 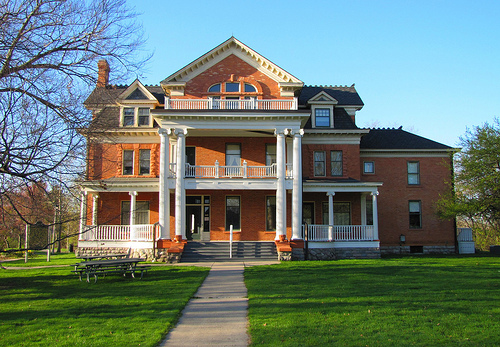 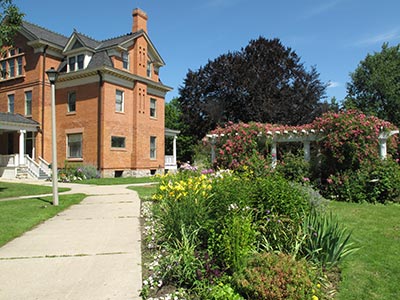 One of the bedrooms in the mansion 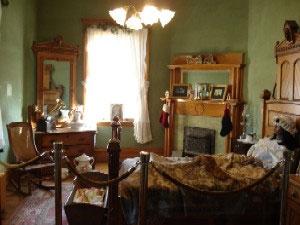 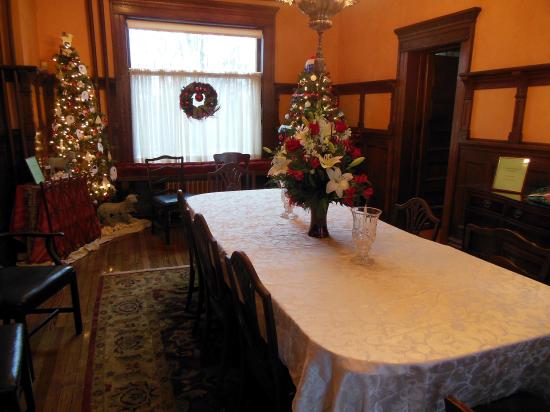 James Turner and Marion Munroe, married in 1843, were both born in New York to pioneering families. They moved to the new capital of Michigan, Michigan (later renamed Lansing) in 1847, where they opened a general store in the Seymour House hotel. In the 1860s, James became the Deputy State Treasurer and later a Michigan State Senator. He was a Republican who supported abolition. He was active in constructing infrastructure around the Lansing area for settlement and helped to found the Michigan Female College. Marion was involved in several pioneer societies and with the Central Methodist Church. In 1858, James and Marion built their home in the popular Classical Revival style on a high bank beside the Grand River. The two-story brick home was designed by Lansing architect Darius Moon and hosted many important Lansing social gatherings put on by the Turners.

James and Marion’s daughter Abby Turner married Frank Luke Dodge in 1888. Abby was educated at the Michigan Female College that her father had helped found and studied music in Germany for several years. She held a prominent social position in the local community. Dodge was a Michigan State Representative and a Democrat who supported labor rights in local sawmills. He was very active with the city of Lansing and served on several civic boards. Abby and Frank bought the house from Marion in 1899, but she continued to live there with them until her death in 1912. The Dodges made significant enlargements to the home from 1900-1903. They added a third story and several porches, as well as a carriage house to the side of the house. The house was 8,600 square feet after renovation, with leaded glass windows, decorative woodwork, and high tin ceilings on the interior.

From 1959-1968, the property was used by the Great Lakes Bible College. The house and carriage barn was converted into dormitories. The property was later sold to the City of Lansing in 1974. Today, the house is maintained by the Lansing City Department of Parks & Recreation as a historic center available for event rental. The center tells the story of Lansing’s history through the involvement of the families, with an emphasis on the time period of 1900-1910, when the house was newly renovated. 1