Founded in 1989, the Florida Holocaust Museum is one of the largest holocaust museums in the United States. It covers over twenty-seven thousand square feet of space and houses thousands of photographs, records, and historical artifacts from the holocaust. It houses one of the only lasting railroad boxcars that were utilized by the Nazis to migrate the Jews from Auschwitz to Treblinka. Walter Loepenberg provided a desire for a memorial of the Holocaust, as Loepenberg found an opportunity to flee from the Nazis in Germany in 1939 to become a soldier in the American Army during World War II. 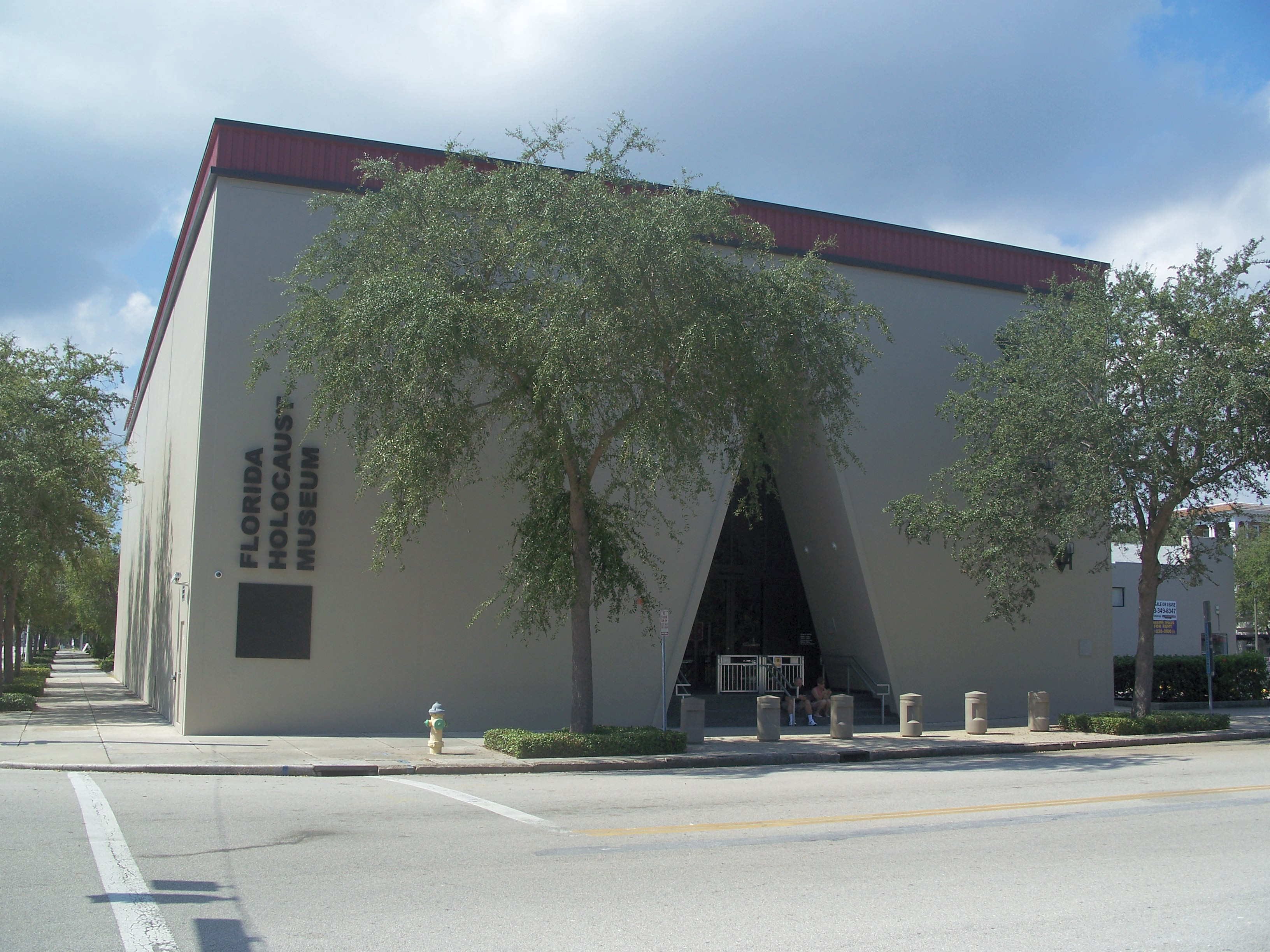 One of the only camp boxcars left, on display at the museum 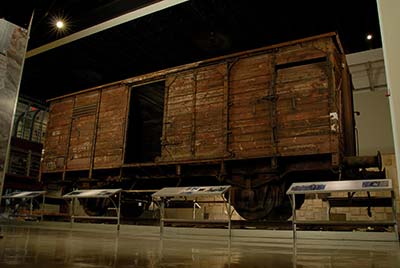 A portion of the thousands of photos of the Holocaust's victims displayed in memorial at the museum. 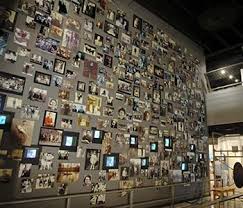 Front entrance of the museum 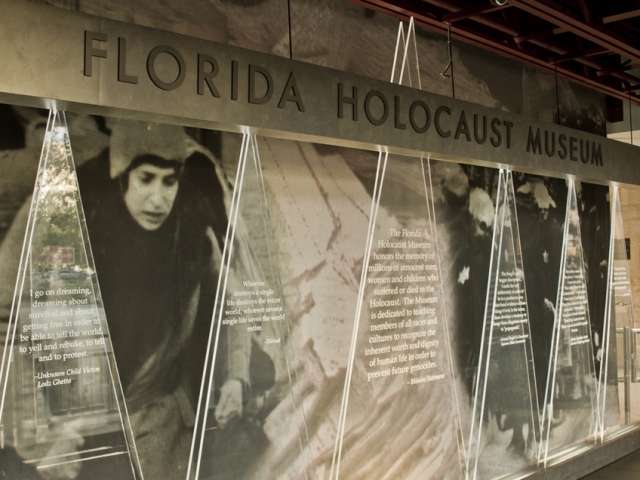 The museum first opened in 1992 as the Tampa Bay Holocaust Memorial Museum and Educational Center.  It was the brainchild of businessman Walter Loebenberg and his wife, Edith.  They were both German Jews who had escaped Germany in 1939, and Walter had served in the U.S. Army during WWII.  Wanting to build a memorial for those that did not manage to escape from the Germans, they partnered with other philanthropists in Tampa and created the museum, housing it in a small rental facility.  The museum quickly grew in popularity, attracting twenty-four thousand visitors in its first month alone.
In 1996, due to the museum's popularity, it was running low on space and it required a larger area. So, in 1998, it moved to an old bank location, which it utilized to better its display of exhibits. A year later, the museum changed its name from the Tampa Bay Holocaust Memorial Museum and Educational Center to the Florida Holocaust Museum. The name change was a result of a revision of the museum's mission statement, which broadened the awareness of the Holocaust on a national level.
The first floor of the museum is the History, Heritage, and Hope Exhibition, a permanent exhibit that details the history of the holocaust, from anti-semitism before WWII to the concentration camps.  This exhibit is famous for the boxcar that it has on display, which is one of the last surviving boxcars used by the Nazis to transport prisoners to the camps.  Also, there are various rotating exhibits about Jewish history, the Nazis, artwork about the holocaust, and individuals that worked to save Jews from the camps.  The museum has collections of photographs, books, and newspaper articles on the holocaust in its library.
The Florida Holocaust Museum holds a major significance in the realm of education. The museum hosts educational lectures on the Holocaust and current human rights efforts throughout the year, and hosts the Genocide and Human Rights Awareness Movement, an annual initiative aimed at educating the public on genocides and human rights violations throughout the world. It also molded legislation in 1994, which made Florida the first state to command Holocaust education in the classroom from kindergarten to twelfth grade.