The Colorado Sports Hall of Fame Museum opened in August of 2001. The museum exists to honor those individuals who merit recognition and distinction for their exploits, accomplishments, and leadership in sports and athletic endeavors in Colorado. It is located on the west side of Sports Authority Field at Mile High and exposes visitors to Colorado sports history. There is a fee for tours, but museum admission is free.

The front view of the Colorado Sports Hall of Fame. Photo by uncovercolorado.com 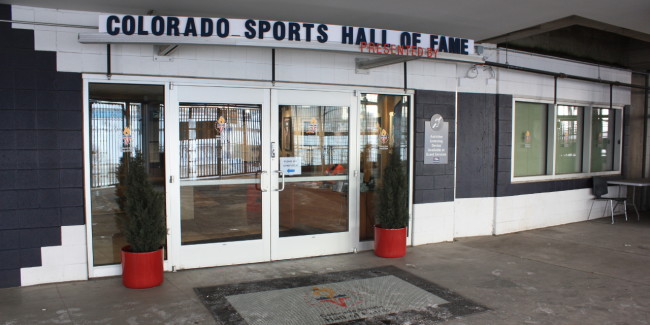 The inside of the Colorado Sports Hall of Fame. Photo by realcoloradotravel.com

Miniature basketball court and other interpretive exhibits within the hall. 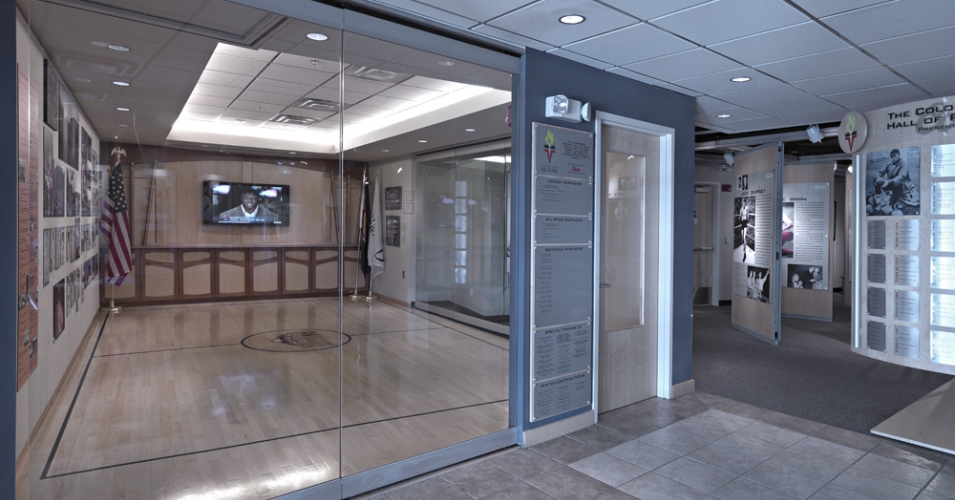 The Colorado Hall of Fame was actually founded in 1964, but the permanent museum opened in 2001, after Broncos stadium was completed. The Colorado Sports Hall of Fame Museum showcases key moments and important sports figures in Colorado's state history. The museum offers a wide variety of exhibits, including a Denver Broncos exhibit and another exhibit where children can try on uniforms and equipment from Colorado's sports teams.

The first class that was inducted into the Colorado Sports Hall of Fame was in April of 1965. More than 200 sports figures have been inducted since. They not only include professional and college athletes, but also high school. The Colorado Sports Hall of Fame Museum partnered with local academic institutions in order to involve students in the project.

Colorado's finest athletes, coaches, and industry leaders are inducted into the Colorado Sports Hall of Fame every year. These people have demonstrated characteristics of sportsmanship, leadership, courage, sacrifice, endurance, and power. Exhibits include: A Snapshot of Women in Sports, The Denver Broncos Franchise, Gallery of Legends, Kid's Zone, and Salute to the Inductees.