This large Queen Anne/Victorian mansion was built by Placentia founder Albert Sumner Bradford in 1902 on his Tesoro Ranch. It remained the home of Bradford and his family until his death in 1933 and the house and surrounding land was eventually donated to the city by the Bradford family in 1973. It was added to the National Register of Historic Places in 1978. It is now preserved and maintained by the Placentia Founders Society and has been furnished in typical 1900-1920 style. The house is open for docent led tours the second Sunday of each month from 2:00-4:00.

The A. S. Bradford House 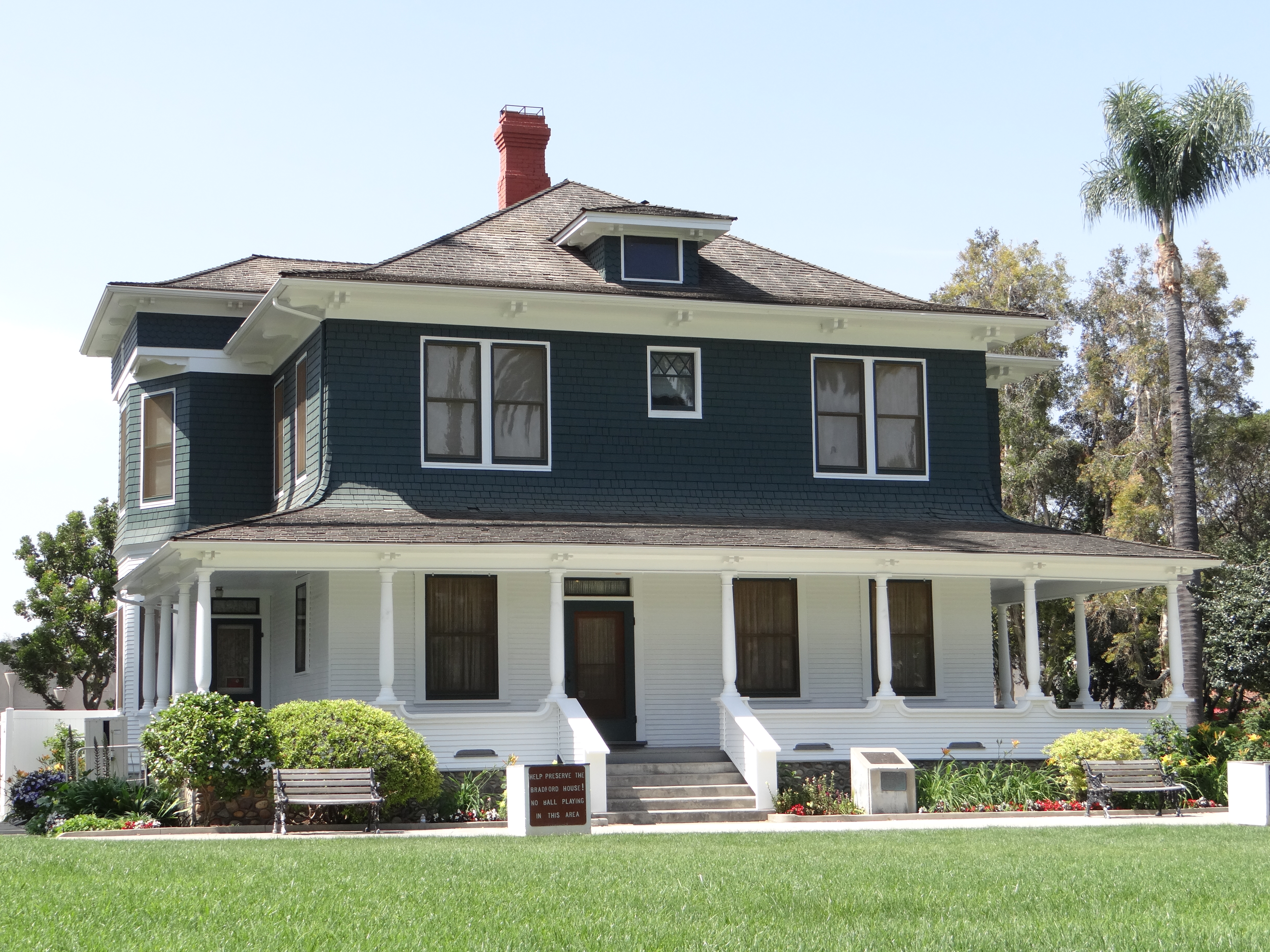 The Bradford House in 1974, shortly after it was donated to the city. 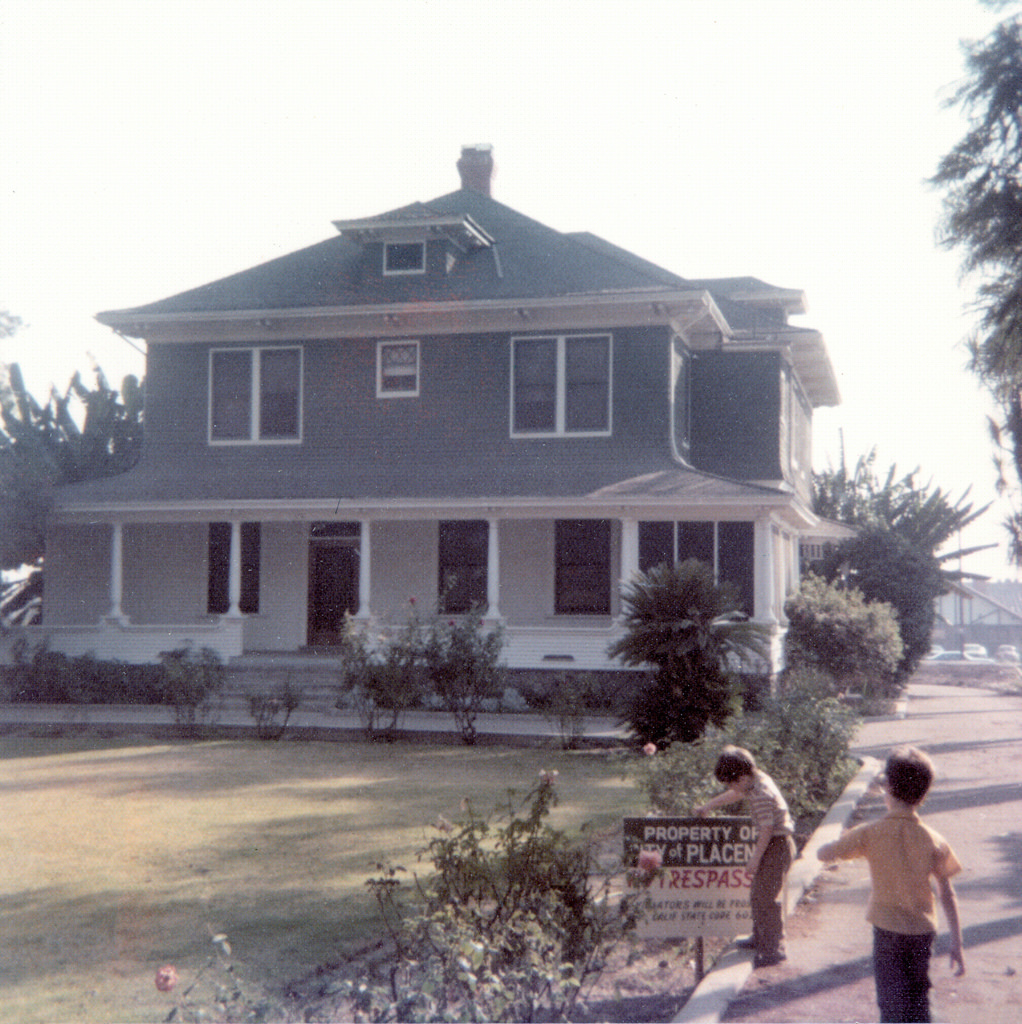 Historical marker at the Bradford House. 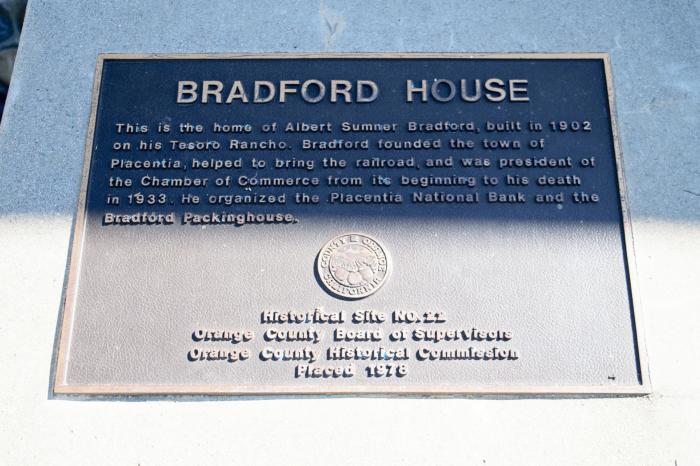 A springtime tea at the Bradford House. 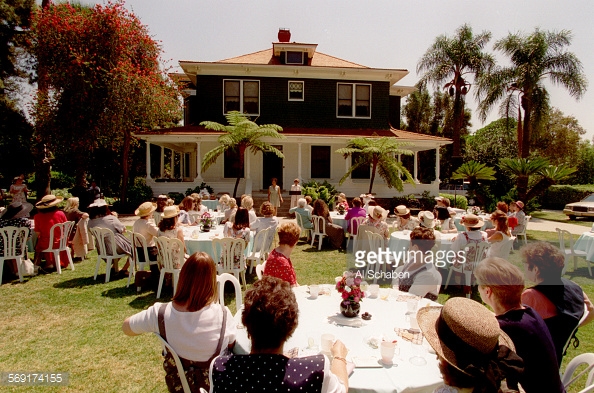 Arthur Bradford began his successful business career as a citrus farmer and put Placentia (which is Latin for “pleasant place”) on the map in 1910 when he convinced the Santa Fe Railroad to run a line through the town on its way to Los Angeles. The railroad soon built a station and citrus packing houses soon followed as did people to work in the packing and citrus industries. Bradford went on to file township papers, organized the Placentia National Bank and Bradford Packing House. He also served as the president of the Chamber of Commerce from its creation until his death.

Designed by James Stafford, the house features pocket doors, a three-sided porch, a double fireplace that serves both the parlor and dining room, a ruby glass window, coved ceilings, and a hand-crafted hemlock staircase with intricate carvings. The entire first floor and four of the seven upstairs rooms are open during tours. The house offers a wonderful glimpse into the life of a pioneering family during the early twentieth century.

The Placentia Founders Society sponsors numerous special events at the house such as art shows, live music concerts of various types, teas, and even a beer and BBQ night. The house also welcomes student field trips and scout tours.