Sakura Square is home to a small Japanese garden and statues of Minoru Yasui, a Japanese-American lawyer, and Denver's Yoshitaka Tamai (1900–1983) who was a Buddhist priest. The square is adjacent to the Denver Buddhist Temple and is the center of Denver's Japanese community. It is also home to Denver's annual Cherry Blossom festival.

The bust stands prominent in the square that allows plenty of room for celebrations. 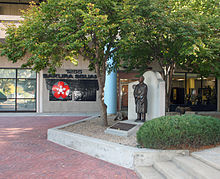 Another view of Sakura Square 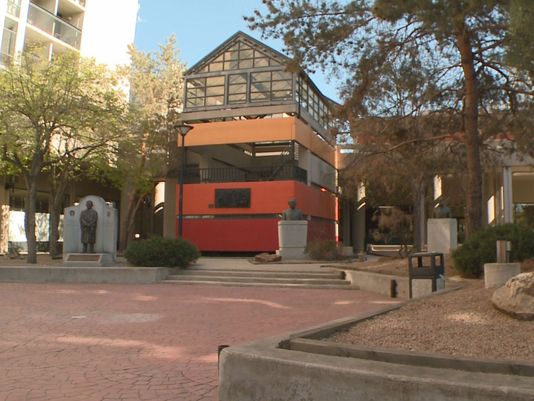 The bust of former Governor Carr. 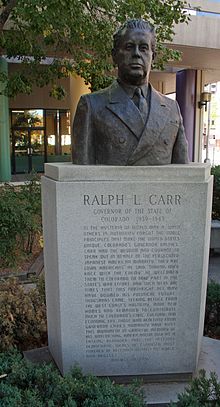 The square also contains a bust of Colorado Governor Ralph L. Carr. Carr was the only major elected official to publicly condemn and apologize for the internment of Japanese Americans during the early stage of World War II. The bust was given as a gift from the Japanese Americans to the town.

The annual Cherry Blossom Festival in Denver takes place in late June and is one of the most beautiful celebrations in the country. Many traditional Japanese activities take place during the festival, including the Japanese tea ceremony and flower arrangement. There is also a street festival feel with outdoor vendors, information tables, and live music. At night, traditional dances and parties occur throughout the downtown area.

Sakura Square is a gateway to downtown Denver and a reflection of the Japanese-American experience in Colorado. The one-block square was dedicated in May 1973 and is a destination for people seeking Japanese goods. In addition to shopping and culture, Sakura Square also offers a number of special events and activities throughout the year.