The Columbia Memorial Space Center is a space and science museum located on the former site of the NASA Downey Facility. The facility produced the rockets and the landing capsules for the Apollo missions. It is now the official memorial for the Space Shuttle Columbia and honors the crew that lost their lives on February 1, 2003, when the shuttle disintegrated upon reentering the earth's atmosphere. The center serves as an interactive science experience for those who visit. 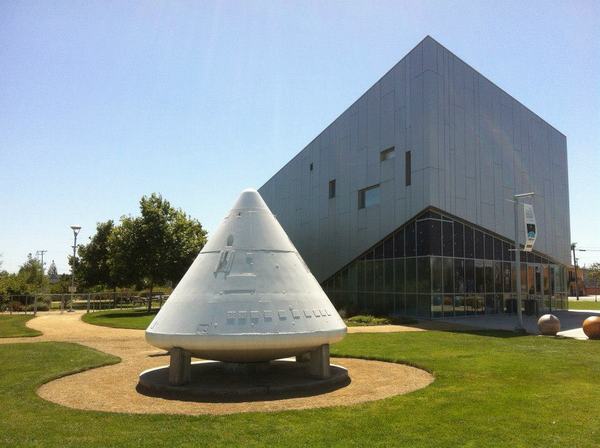 The site on which the museum/former facility now stands has a long manufacturing history, beginning in 1929. That year land was bought make way for an aircraft manufacturing factory. Later it became the site of the Navajo Missile Project, the government funded program to develop long-range missiles that could reach the former Soviet Union. Eventually, the site became a facility that built NASA space modules and rockets.

The museum features a number of science and space-related exhibits. These include a replica astronaut suit (which people can go in through the back), a shuttle simulator and paper airplane simulator. Outside the museum is a wooden full-scale model of a space shuttle built in 1972 called Inspiration.