The Ailey Young House is registered as the oldest African-American building in Wake Forest.

Outside of the Ailey Young House (1) Source: Wake Weekly (goo.gl/GFBYBt) 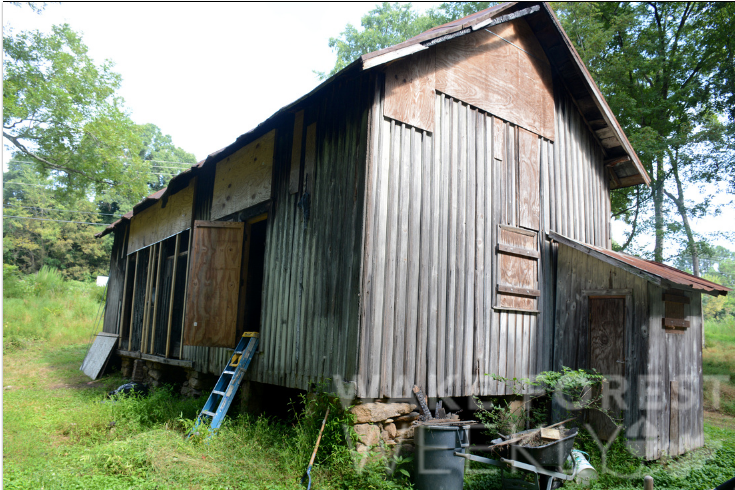 Outside of the Ailey Young House (2) Source: Wake Weekly (goo.gl/GFBYBt) 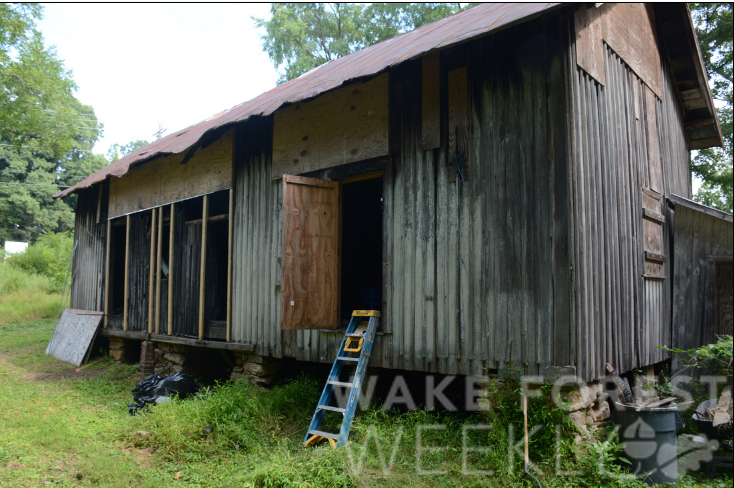 Inside of the Ailey Young House (3) which includes the fireplace. Source: Wake Weekly (goo.gl/GFBYBt) 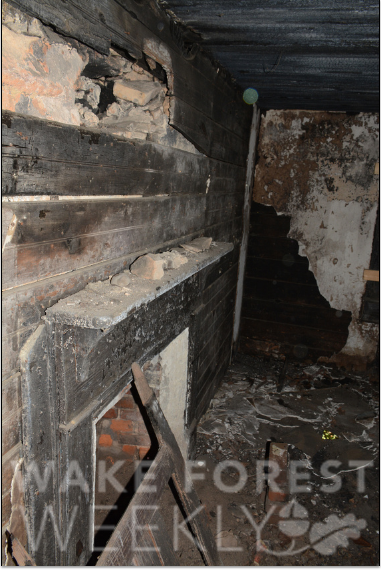 Inside of the house; Depicts the fire that burned a section of the house (4). Source: Wake Weekly (goo.gl/GFBYBt) 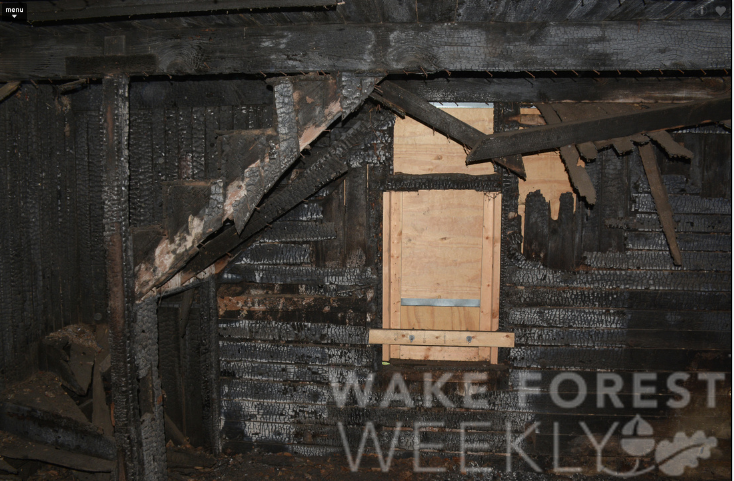 The new sign that shares the information with the community about the historical site (5). Source: News and Observer (goo.gl/iXDMe7) 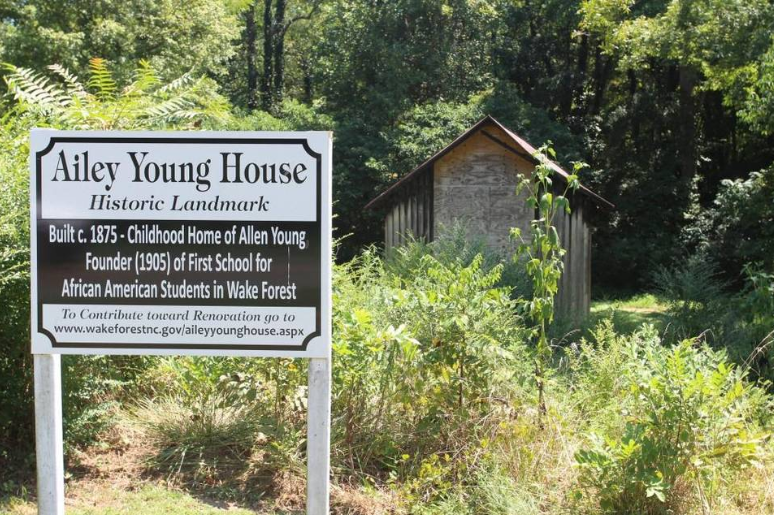 The local historical site that I chose was the “Ailey Young House” located off South White Street in Wake Forest, North Carolina. This site was of particular interest because my husband was born and raised in Wake Forest.

The Ailey Young house was added to the Historical Buildings in 2008 when an official survey was conducted on the Wake Forest area. The town of Wake Forest did not know that this property existed and had purchased additional land in hopes of expanding the cemetery located nearby.

The Ailey Young House is registered as the oldest African-American building in Wake Forest and is known as the “saddlebag house” and “freedom house”, which was a popular style for slave houses. Built around 1875, the building sits off the ground on stone piers. The house includes two rooms, a front door and a fireplace in the middle.

Mary Elizabeth Simmons the widow of William Simmons, subdivided the property into small lots and sold it to African Americans. The thirteen or so families created the “East End” or “DuBois” community. It should be noted that Mary Simmons had a reputation of being helpful and kind. She was interested in providing the African Americans land to build their houses. In addition, she believed in their housekeeping, temporal and spiritual welfare.

William Simmons served on the Wake Forest College faculty from 1855 to his death in 1889 as a Chemistry and Natural History professor. During the Civil War, Simmons was one of two professors who continued to teach at the college. William Simmons built and rented additional homes which were called, “Simmons Row”, although the other houses have been demolished.

It is believed that Ailey and Henry Young rented the home before they purchased it in 1895 for $105. Records show that Ailey was a laundress and Henry was a farmer. They had 13 children, the oldest was Allen Young. In 1898, Mary Simmons sold a half-acre lot to Allen Young (22 years old) for $45.

Allen Young, the son of Ailey Young, began his career as a educator in Wake County until 1905. He organized the Presbyterian Mission School for Colored Boys and Girls. This name was changed to the Wake Forest Normal and Industrial School, the first school for African Americans, which operated from 1905 to 1957 in Wake Forest. Allen Young was the Principal of this school, which reached an enrollment of over 300 students during the 1920s and 1930s. In addition to education, Young created the Presbyterian Church for African Americans and operated a dry cleaning business for the Wake Forest College. It was finally abandoned in the early 1970s after a suspicious house fire and purchased by the Town of Wake Forest in 1988. In 2015 the town began accepting donations for the renovation of the historic building.