Walt Disney's Carolwood Barn is located in Griffith Park in Los Angeles, California. It is a museum dedicated to preserving Walt's love for trains. He was one of the country's biggest railroad supporters and was fascinated by the way trains worked. He used the barn as his workshop where he worked on model trains and miniatures. He also helped build one of the most detailed and complex miniature live steam home railroads in the barn. The railroad was 1/8 scaled and fully functioning and he called it the Carolwood Pacific Railroad.

Walt Disney's Carolwood Barn has been converted into a museum showcasing Disney's love for trains and model railroading. 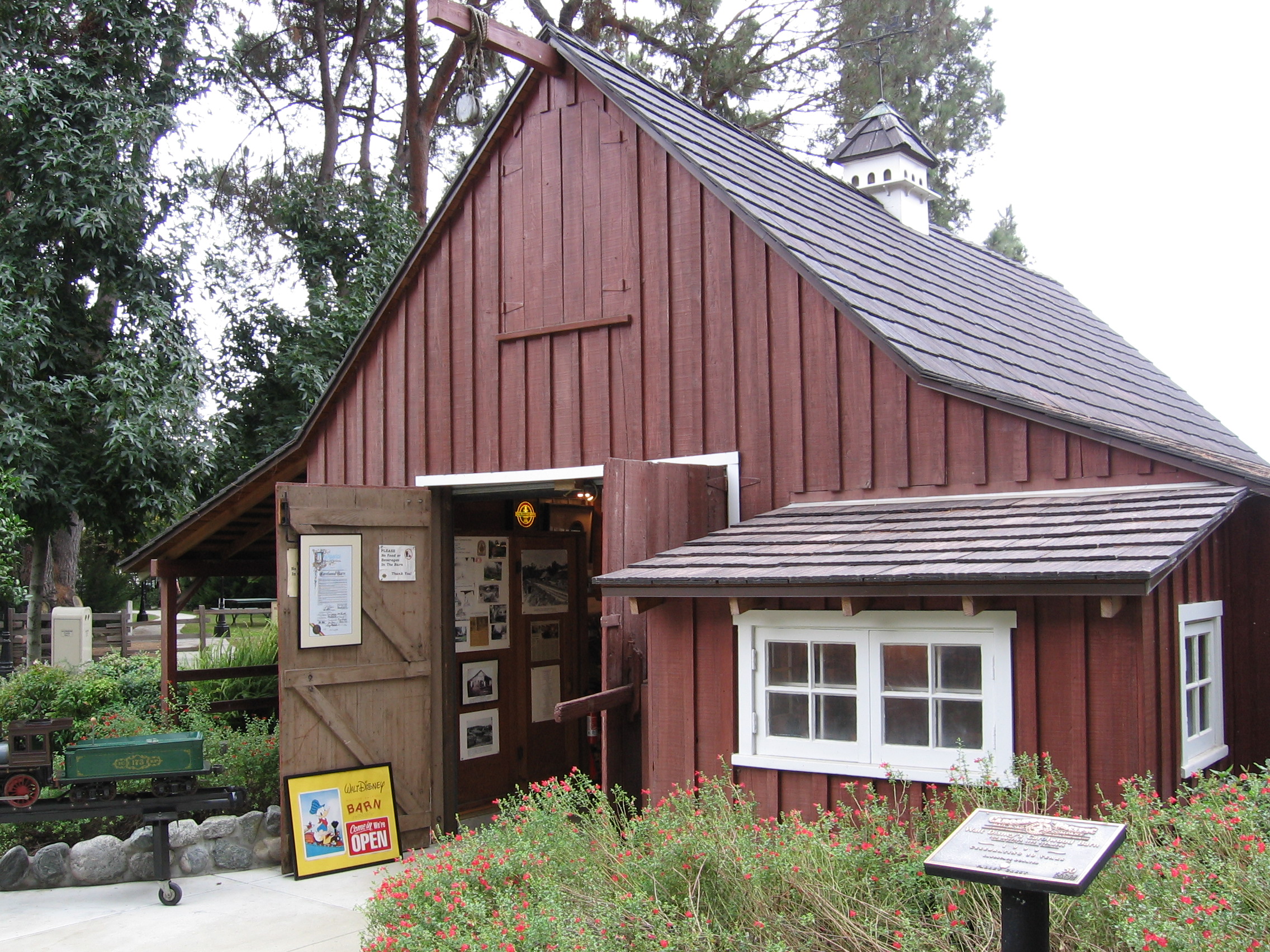 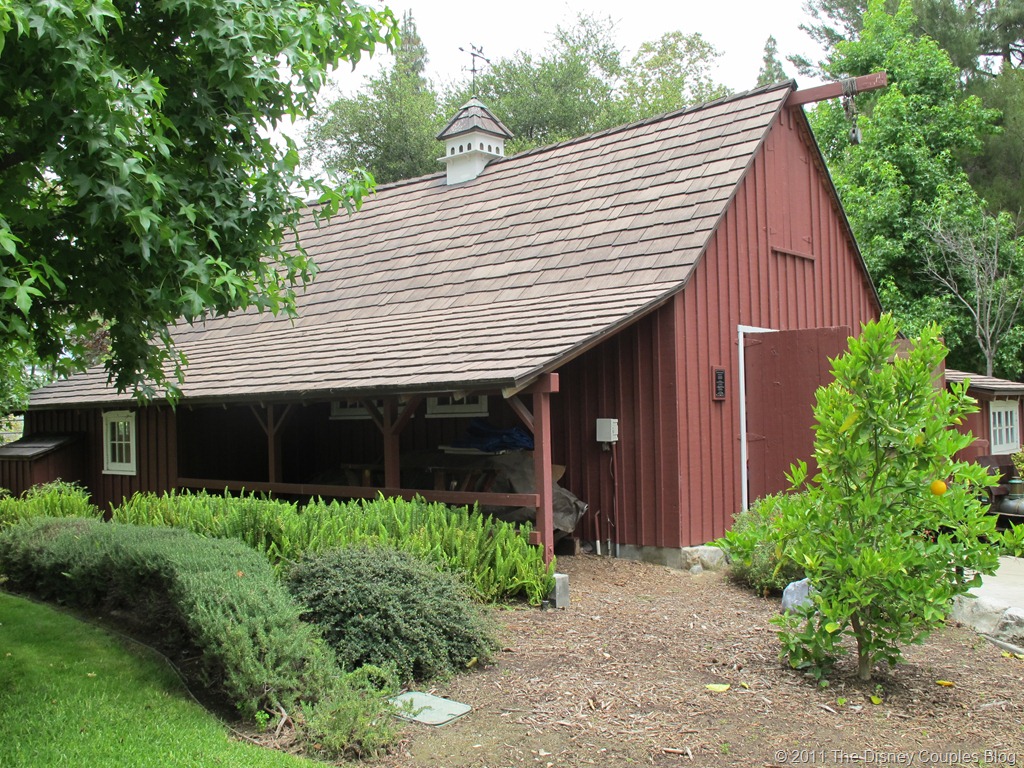 This photo shows Walt and another man working on the railroad. 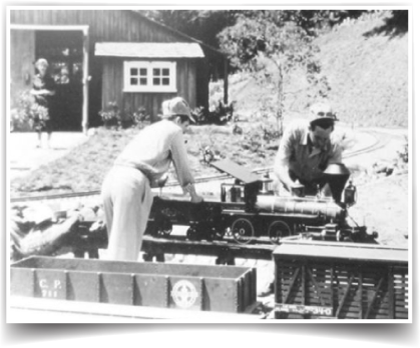 Walt Disney built the barn in the backyard of his house. His railroad was named after the street on which he lived: Carolwood Drive. Disney ran his first Carolwood Pacific Train on May 7, 1950. This first run had a 2,615 ft. track that included a 46 long trestle and a 90 ft. long tunnel under Mrs. Walt Disney's flower bed. His Carolwood Barn allowed him to monitor the train and control its switches and panels.
Not only did this barn serves as the station for his train, but also it was a place where Walt Disney could relax and enjoy time with his friends. Also, the barn's official page says that Disney's Carolwood hideaway also gave Walt a place to think and come up with new ideas. It is almost as is the barn is to Walt as Santa's workshop is to Santa.
Today, the barn has been restored and surrounded by beautiful landscaping and picnic tables. It was Walt Disney's Daughter, Diane Disney Miller, who had decided that importance of the barn and contracted Michael and Sharon Broggie to plan what to do with the barn. The Broggies founded the Carolwood Pacific Historical Society. Another general contractor, Bill Abel, was chosen to dismantle the barn and store it in the Los Angeles Live Steamers Museum. Since the city of Los Angeles allowed Abel to store the barn in their museum for so long, the barn was opened in their Griffith Park as a loan to the people of Los Angeles on July 19, 1999. The barn is opened to the public still today on the 3rd Sunday of each month from 11 am to 3 pm.

The Barn is open the third Sunday of each month from 11:00am -3:00pm weather permitting.