Nitro began as an industrial town born out of the need for ammunition and explosives as the nation entered World War I. This local history museum collects artifacts related to Nitro's history as a center of wartime production during World War I, as well as the region's history during the Second World War. The museum is supported by the leaders of the city and includes exhibits related to Nitro, Nitro High school, World War I, local famous residents, the history of the city beyond the two World Wars. With an amazing extensive collection of artifacts, local newspapers, and Nitro school yearbooks. Anyone who is a local or passing by should tour this museum.

The Nitro museum tells the story of the explosive plants that were created during World War I, and the people who worked there and built the city. 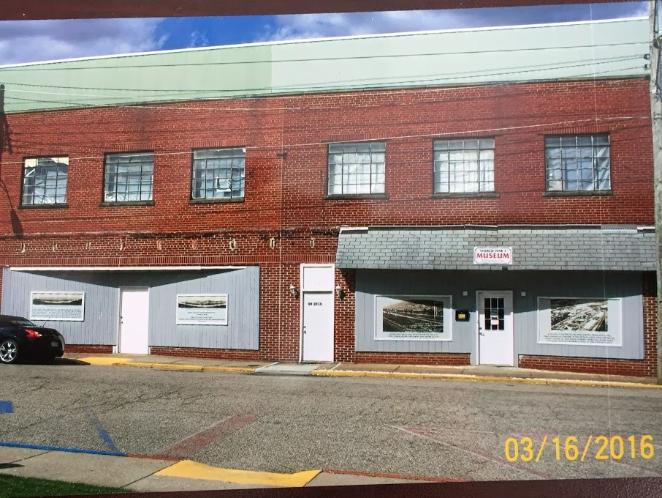 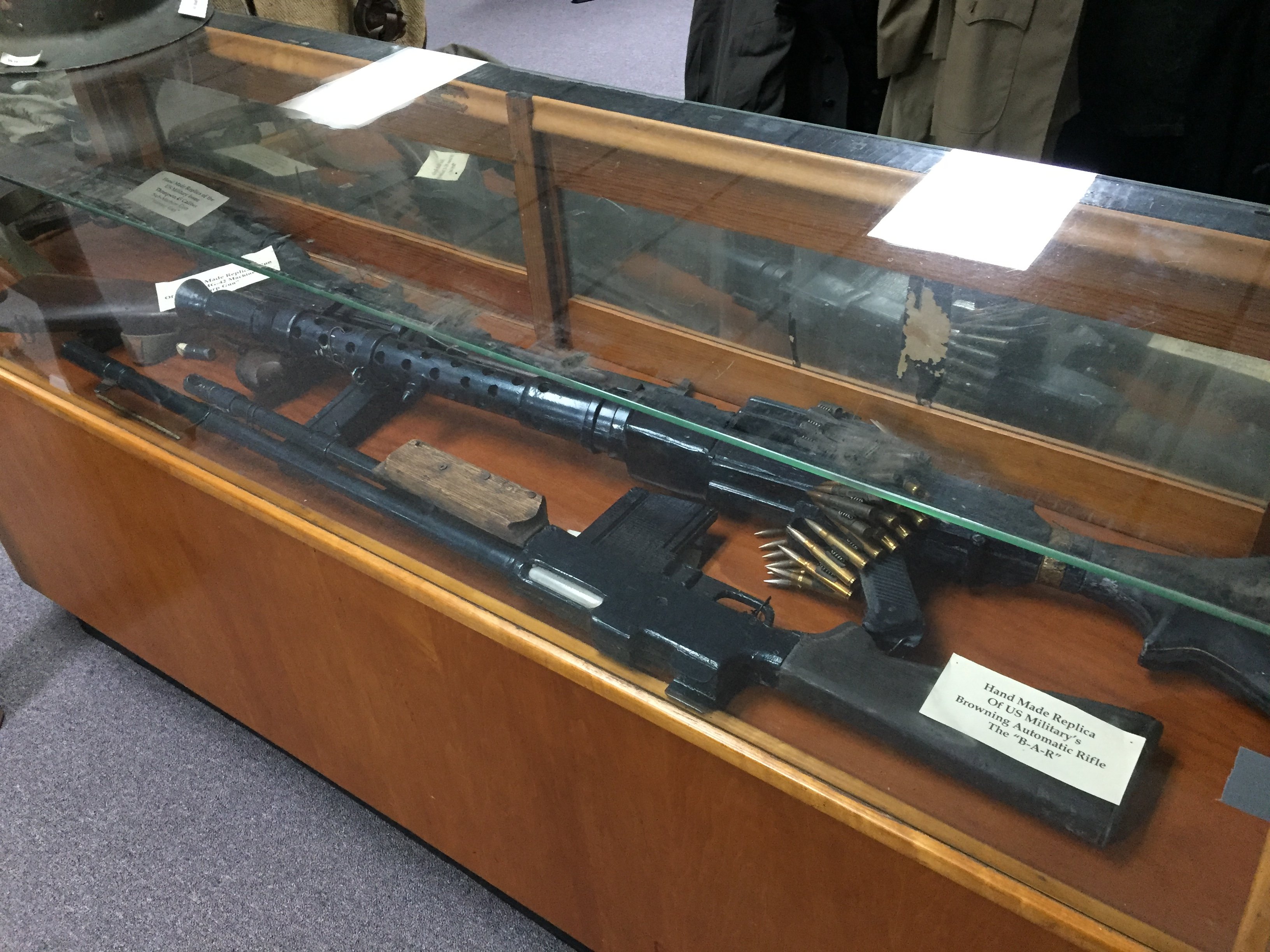 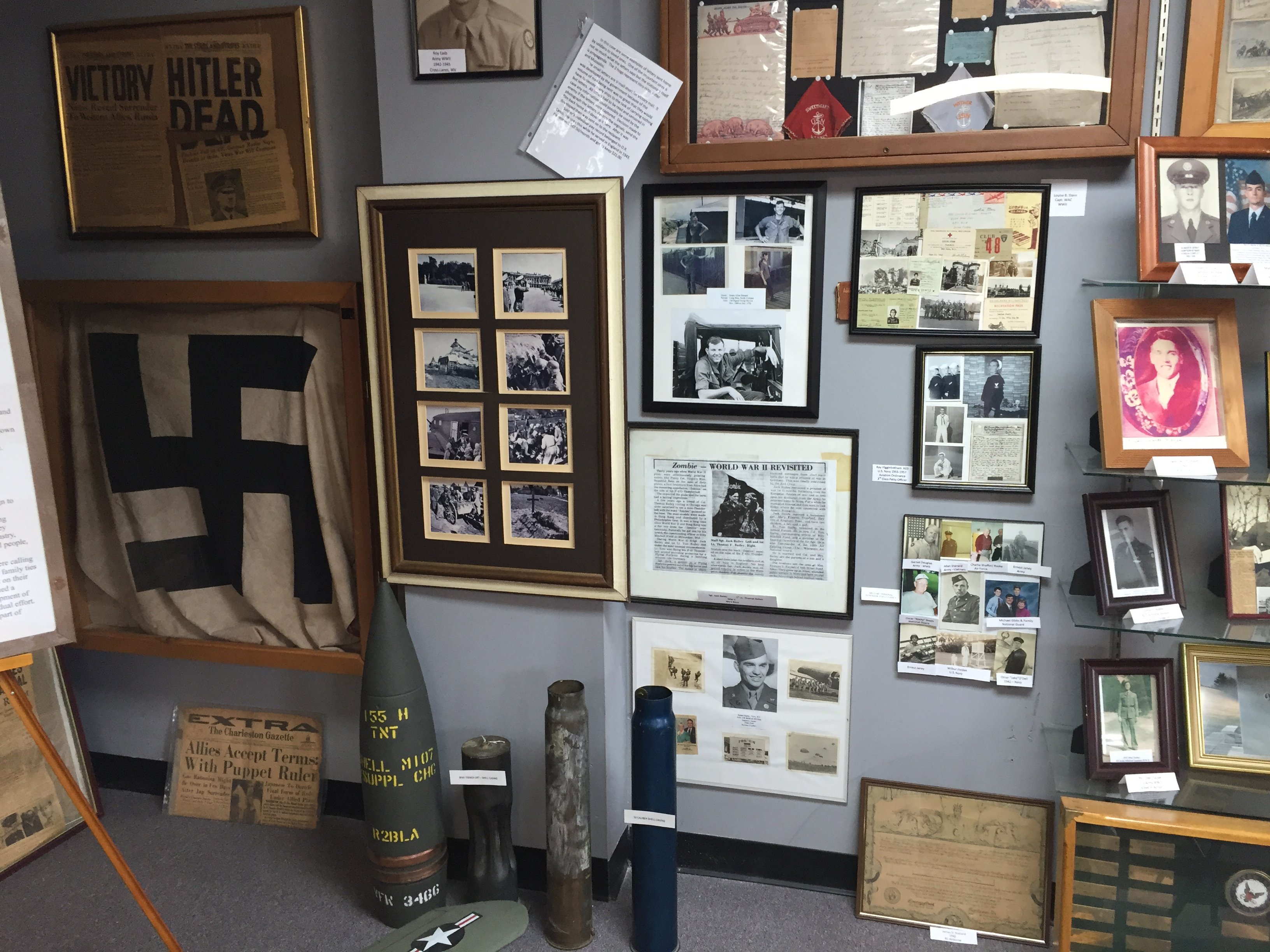 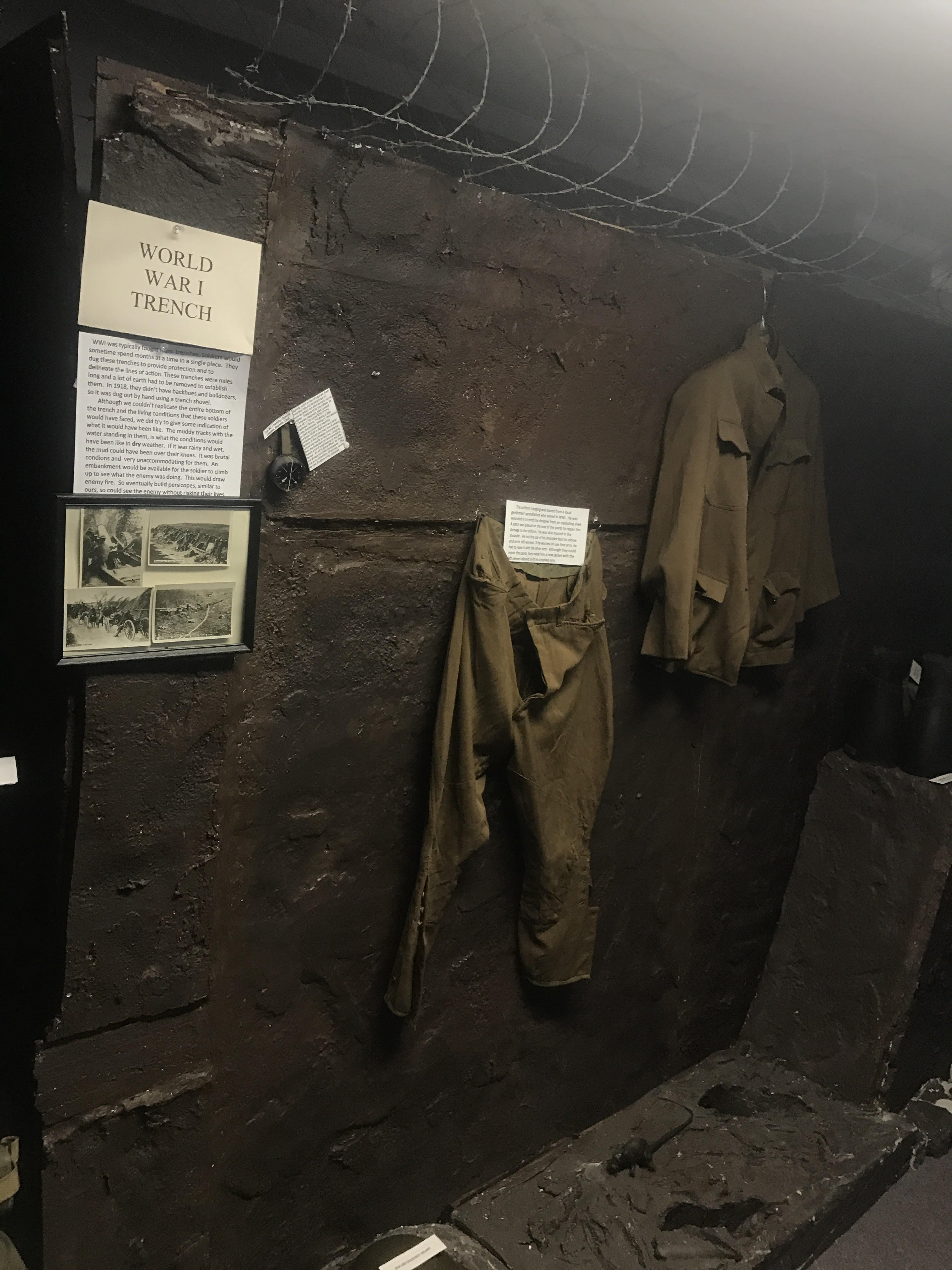 Overview of the history of Nitro, WV 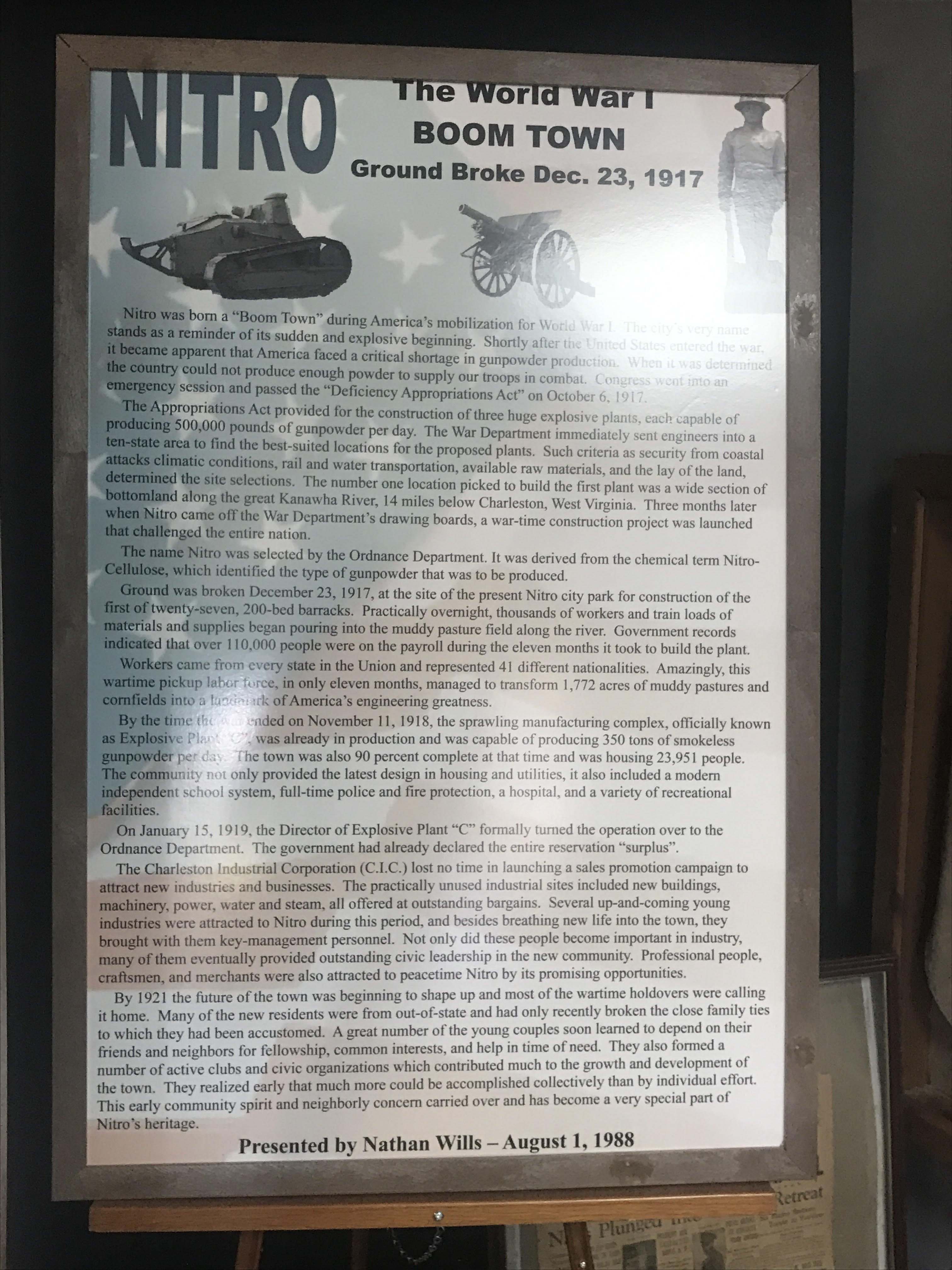 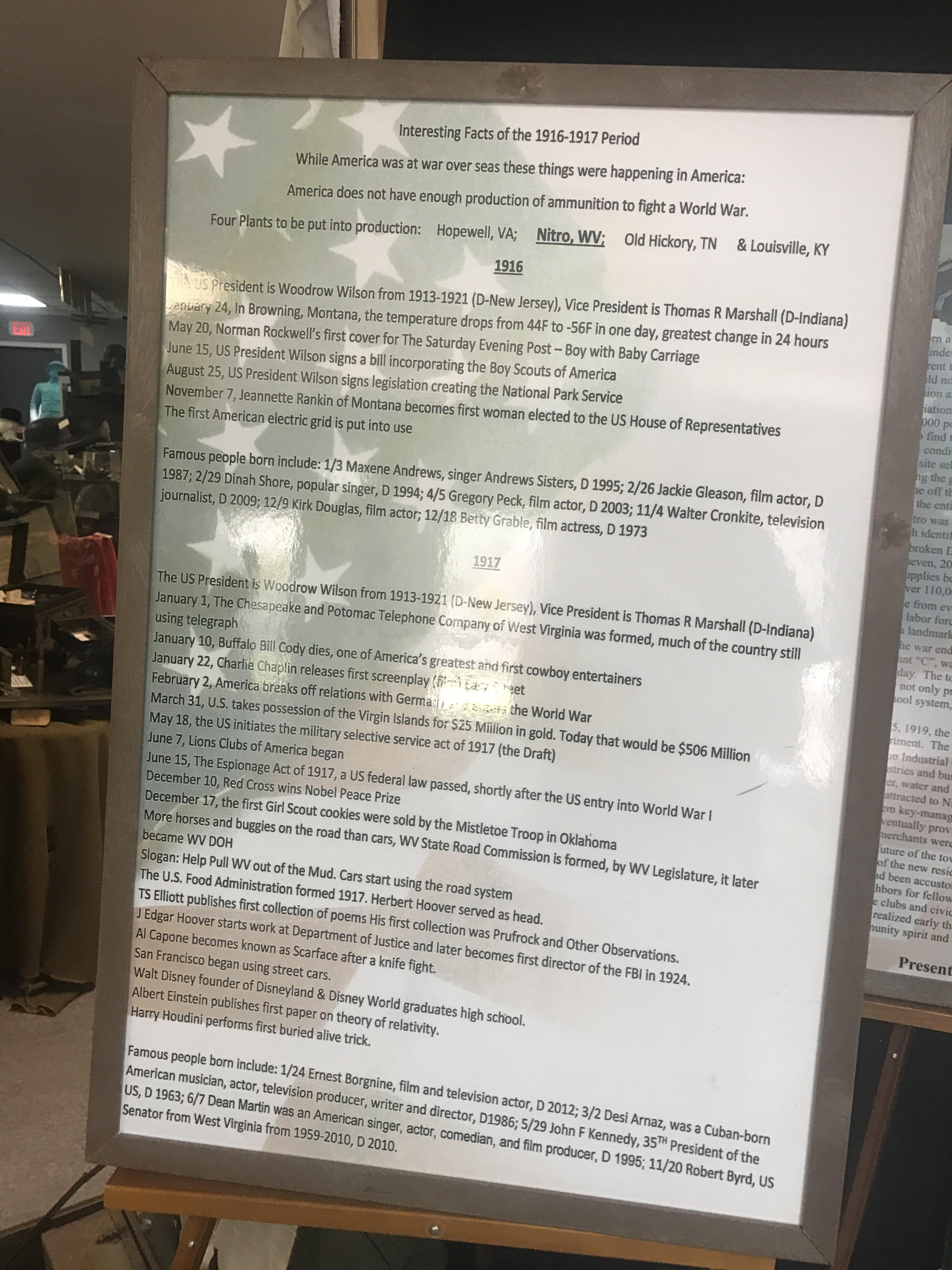 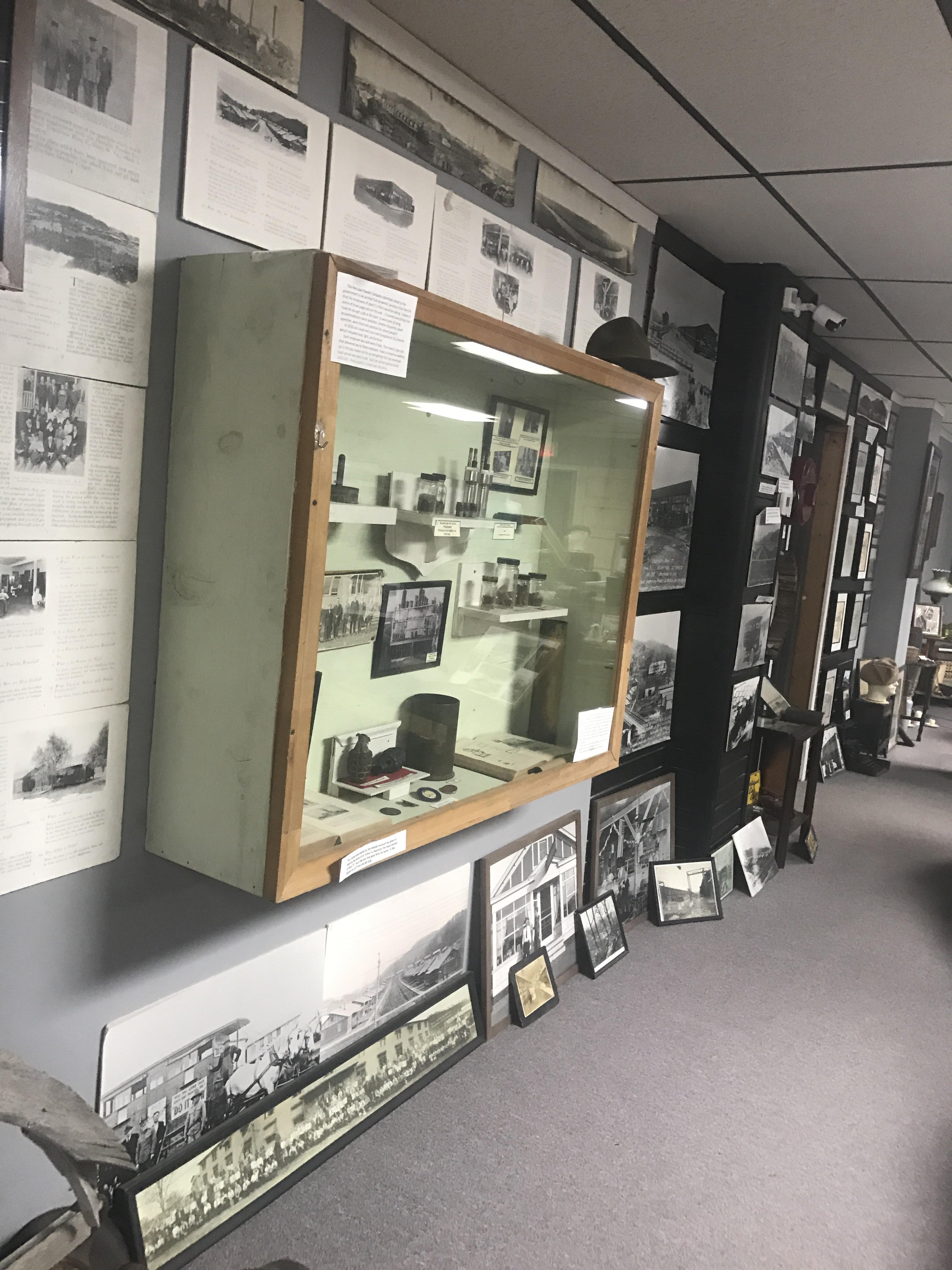 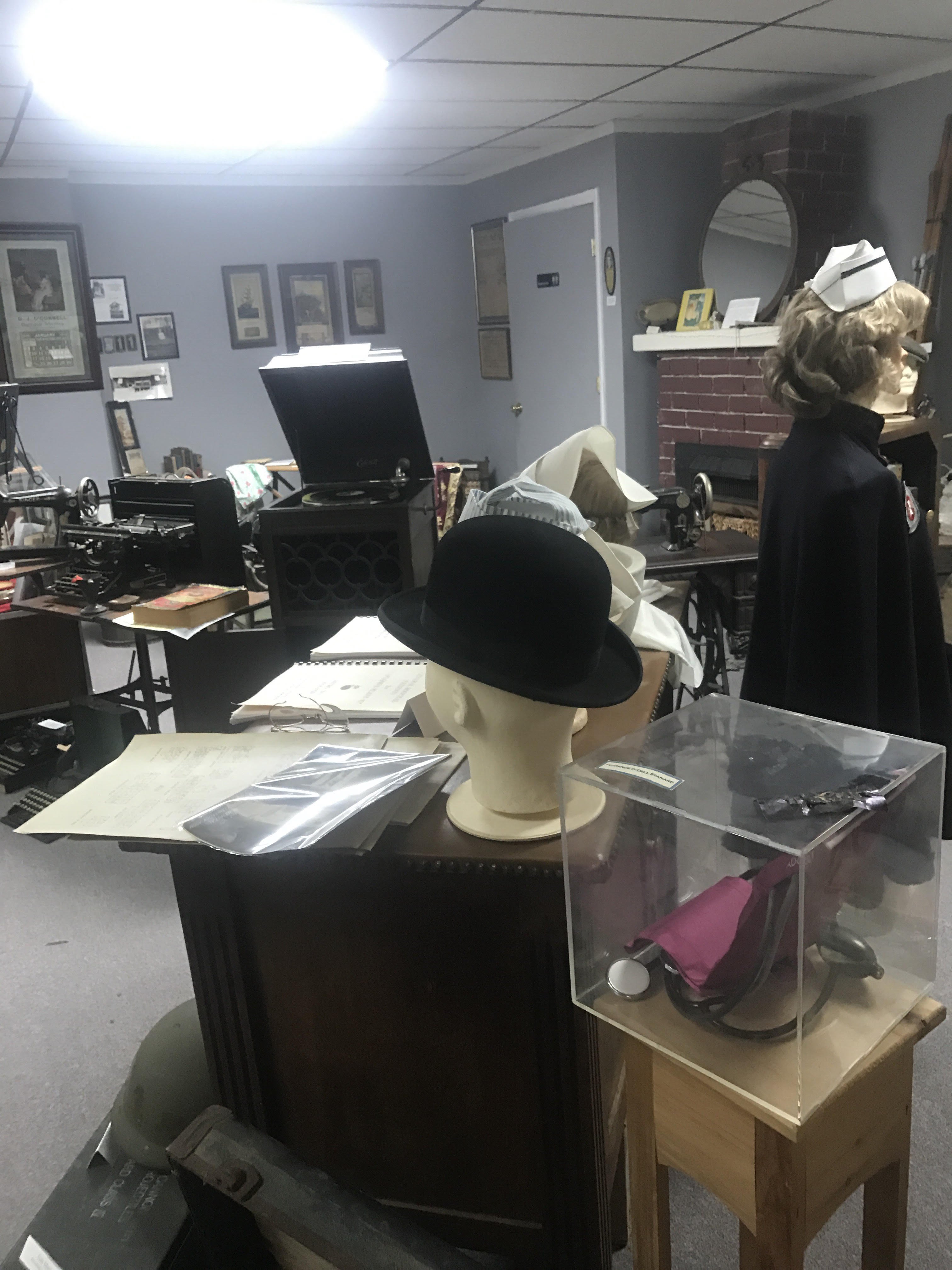 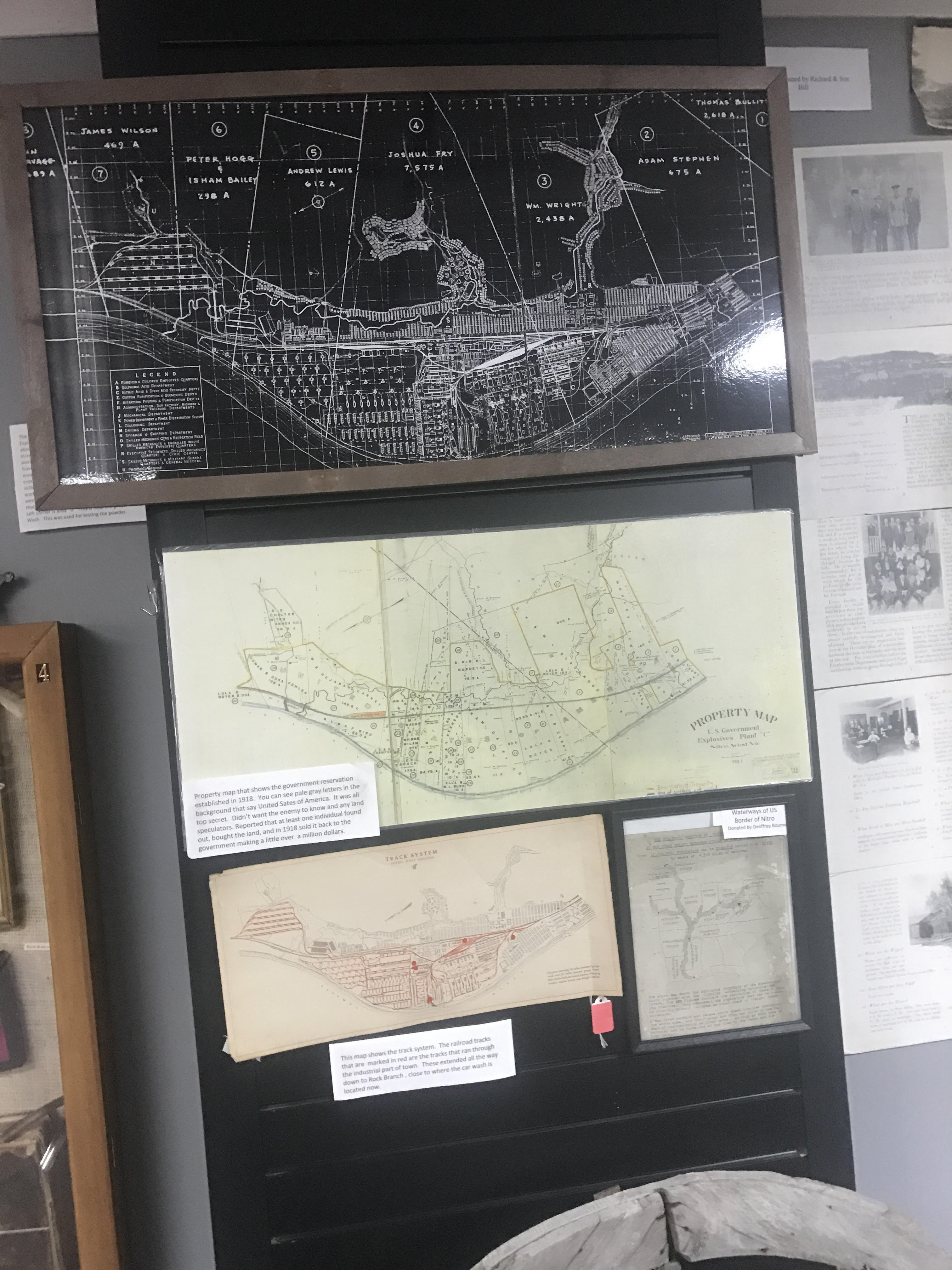 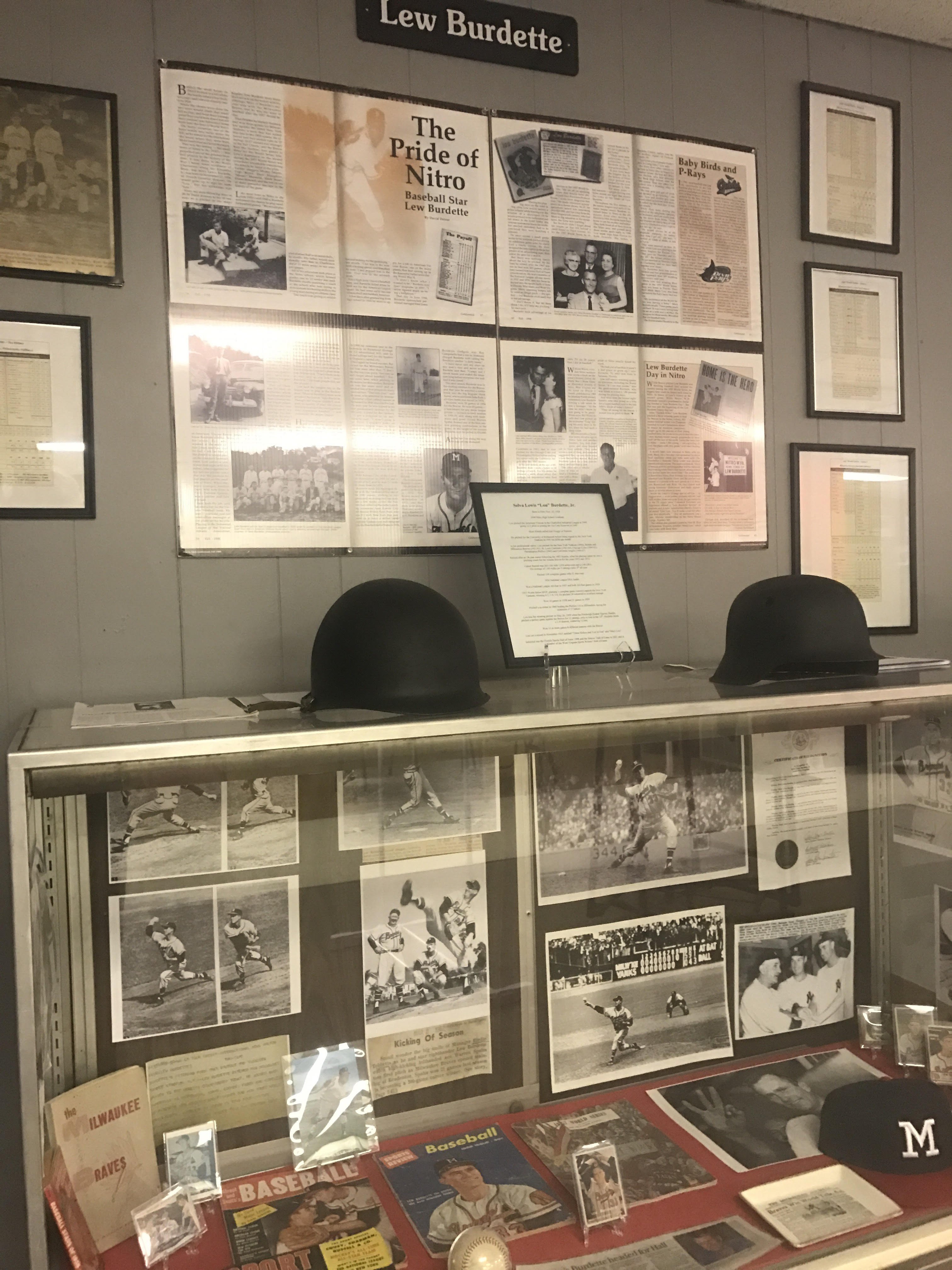 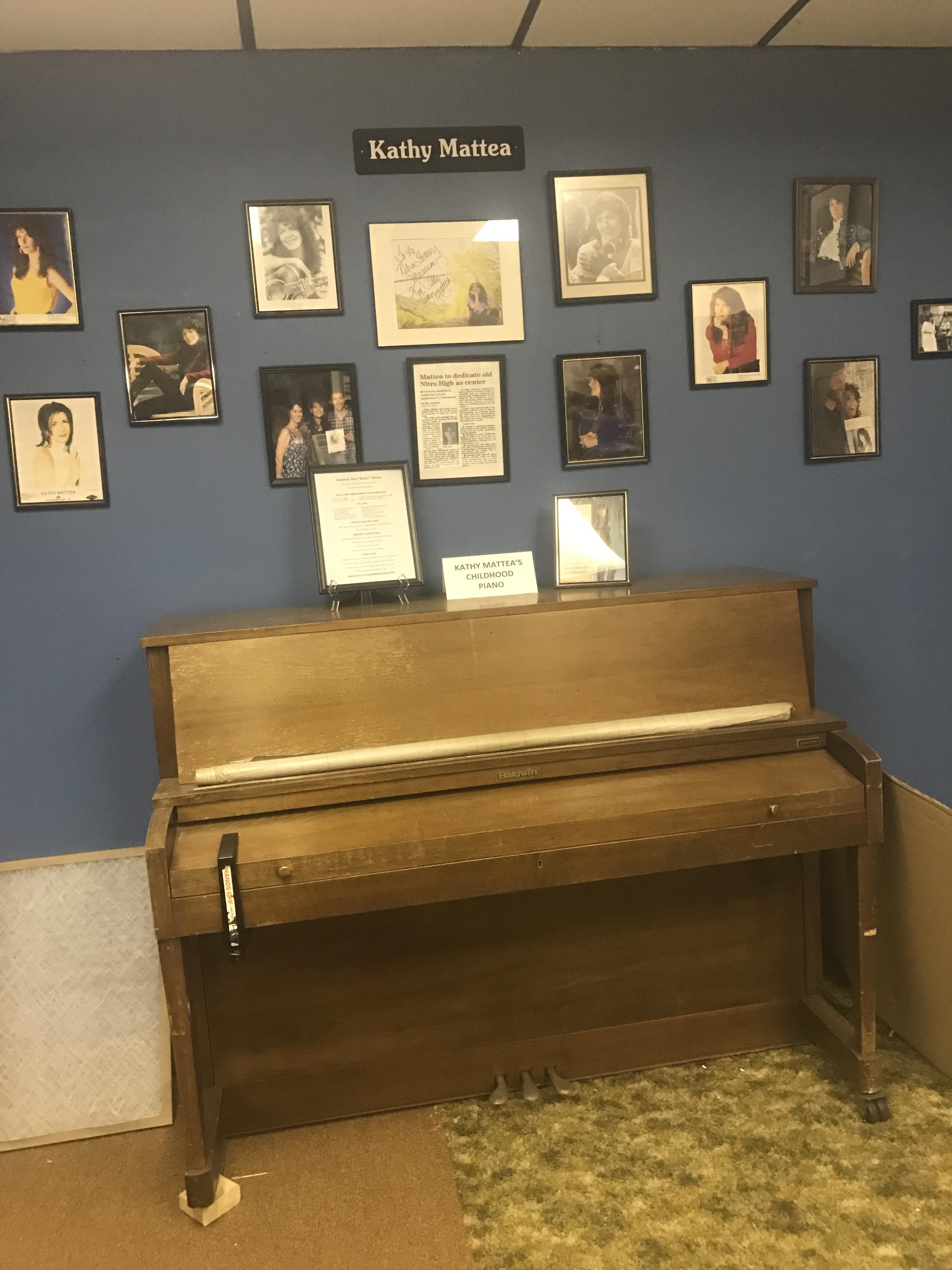 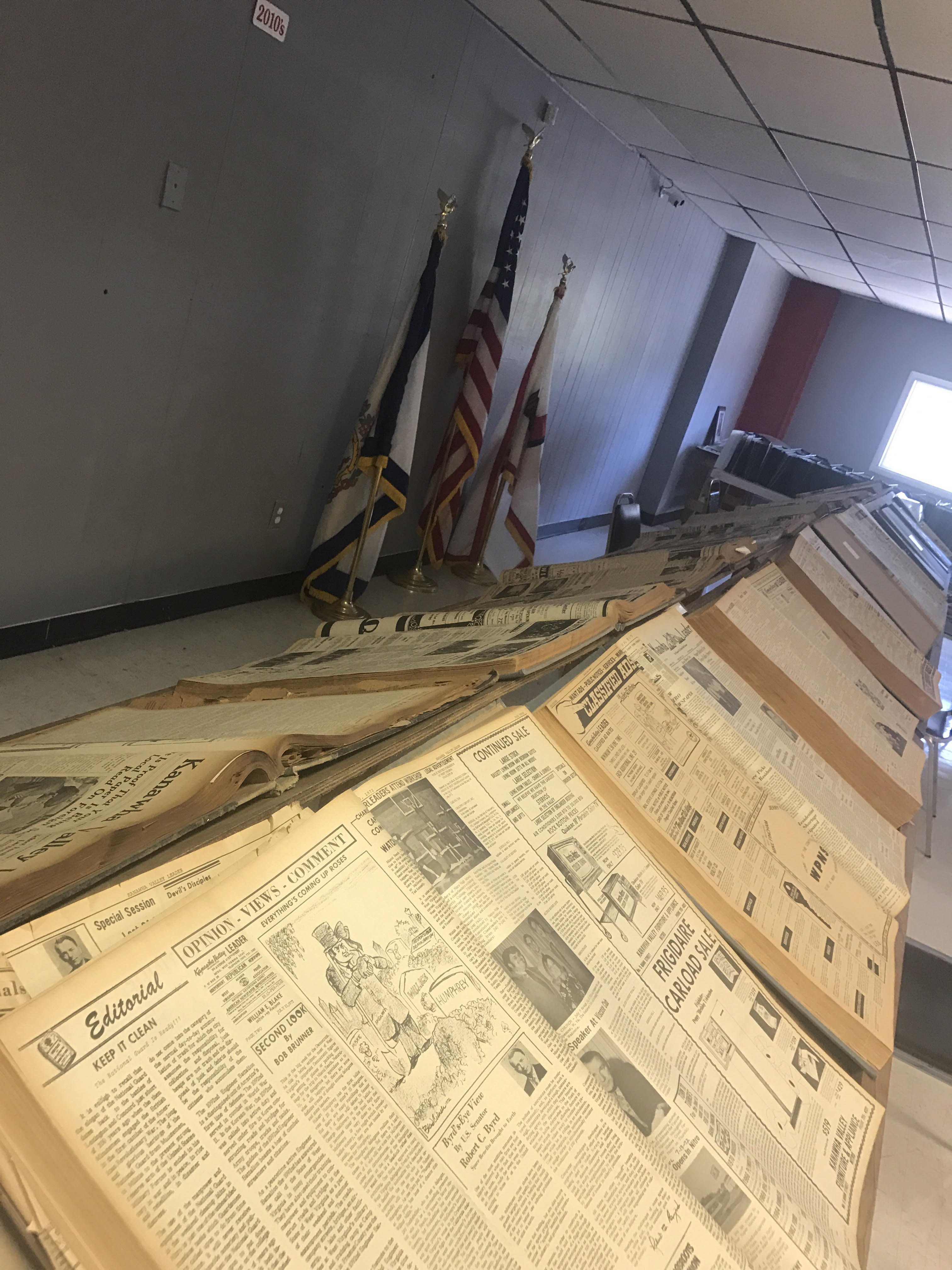 Ad for the selling of homes in Nitro, WV 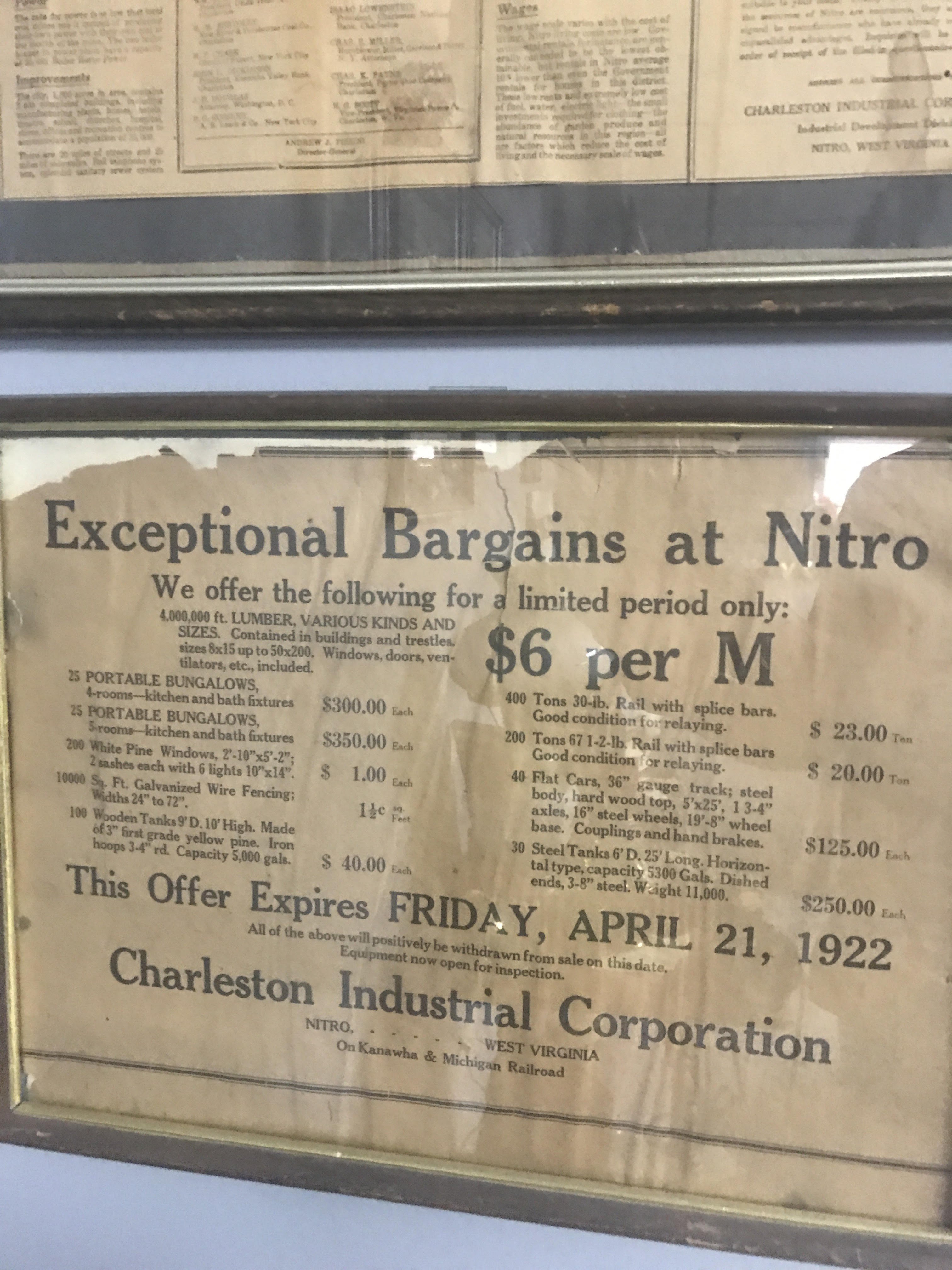 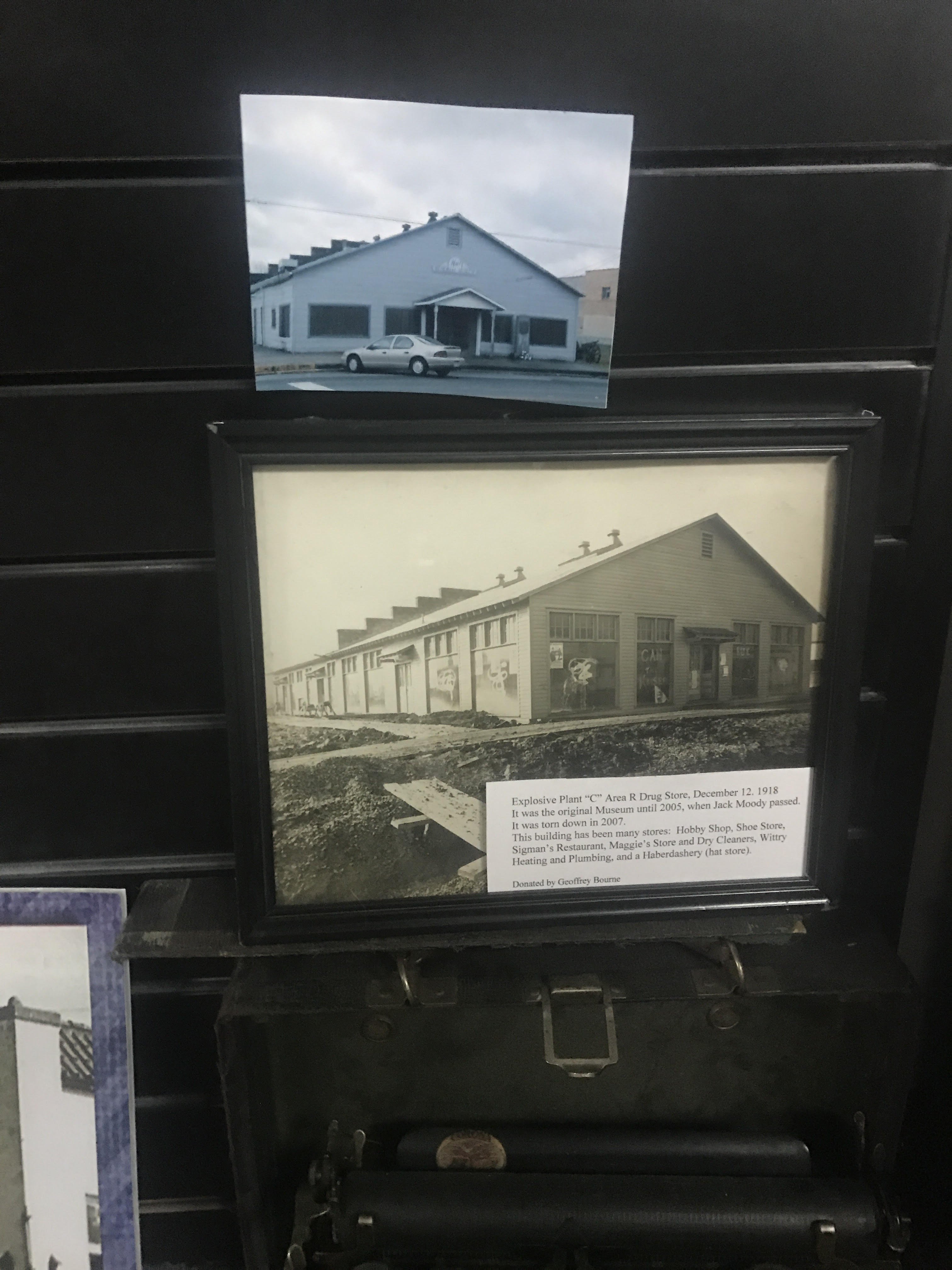 Memorial square, also where the orginal Nitro museum was. 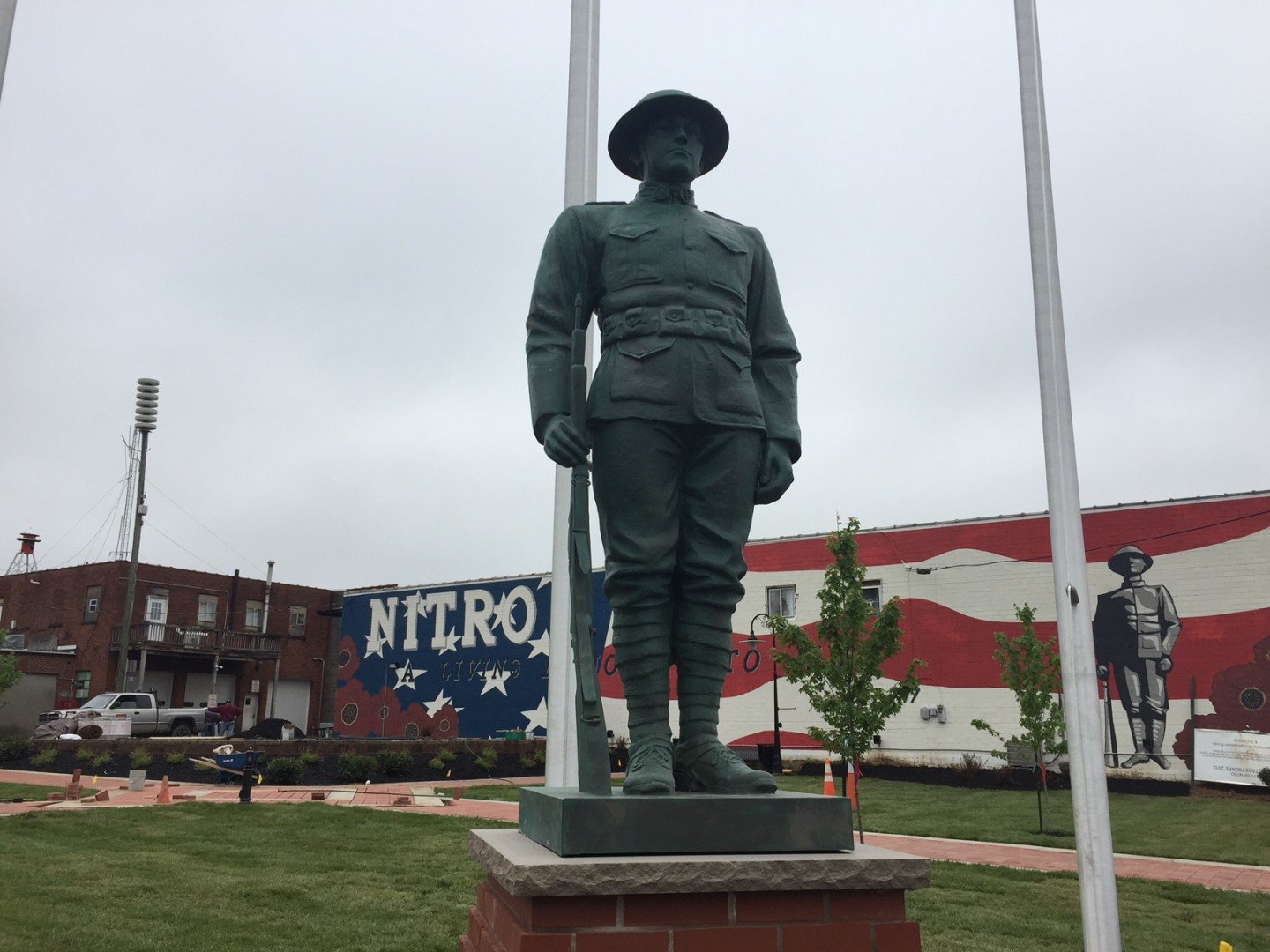 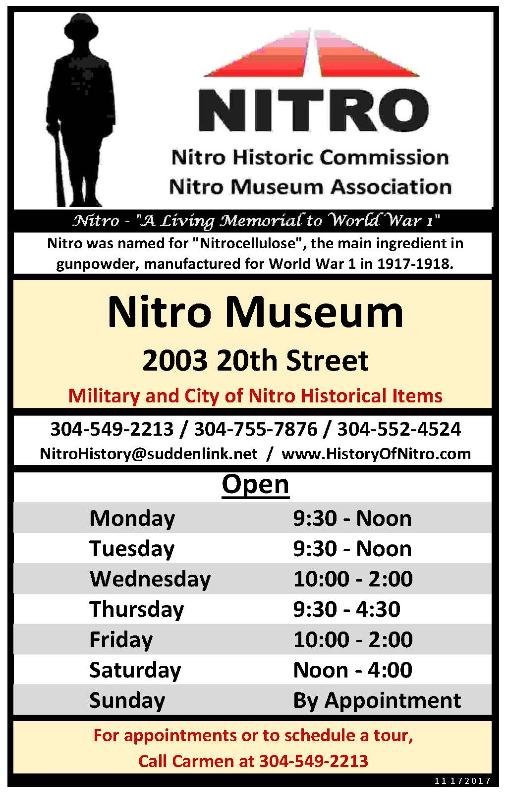 The Nitro WWI History Museum is located on 20th Street in Nitro, WV beside the fire department. The museum contains a large collection of memorabilia, artifacts, descriptions, and history to read. Among these are two displays with essays about World War I history, many guns and replicas of other weapons, uniforms, and other artifacts from the time period.

Naturally, one of the main categories of artifacts in the museum is guns. One case contains Springfield rifles and showcases a machine gun barrel case in which soldiers would carry extra barrels. Barrels of machine guns, at the time, would burn up under heavy use, requiring the soldier to have another. This showcases, in an interesting way, the advances of modern weapon technology.

The museum also possesses handmade replicas of heavier arms such as Browning Assault Rifles, or the B-A-R, and the MG-42 machine gun. Near these are a mortar launcher, racks of uniforms, and trunks of clothing from veterans of multiple wars. The museum also features a section commemorating World War II, including multiple large Nazi flags, weapons, and news prints. A majority of the artifacts were donated by the Jack Moody estate. Jack Moody was a WWII veteran, collector, and the man who owned the original Nitro Museum. His museum was located on the street behind the new museum. That has now been turned into a memorial square for WWI.

Over the years, the museum has expanded with the help of community members. The city of Nitro continues work towards promoting and celebrating the history that ignited this “Boom Town” through the War Museum. In its centennial year, the War Museum was the focus of the celebration. Nitro was created just after a plant to manufacture gunpowder in the town during the first World War. The explosive Plant C broke ground in the area on December 23, 1917. When the war ended on November 11, 1918, most of the plant and the city of Nitro have been developed. With this Nitro boomed, and the museum focuses on the glory days Nitro experienced during and after the War. The museum shows the progress the town during this time. The facility is operated with the help of local volunteers. Hours are limited, but appointments can be schedule for additional tours. The Nitro War Museum operates on a small scale with large amount of history.