This historical marker shares the story of Andrew Hunter, a supporter of independence during the American Revolution who later became a wealthy plantation owner and an influential local official. 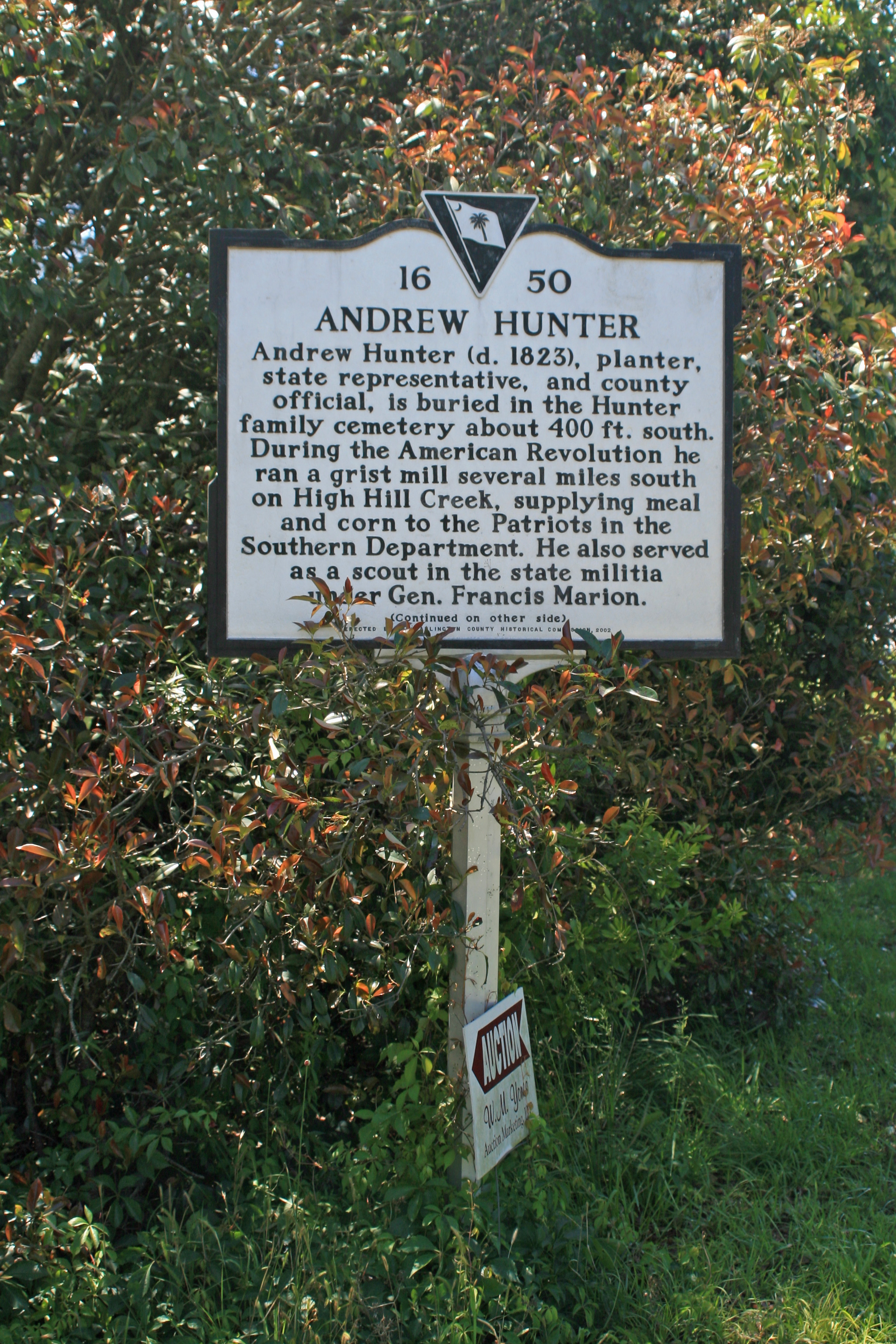 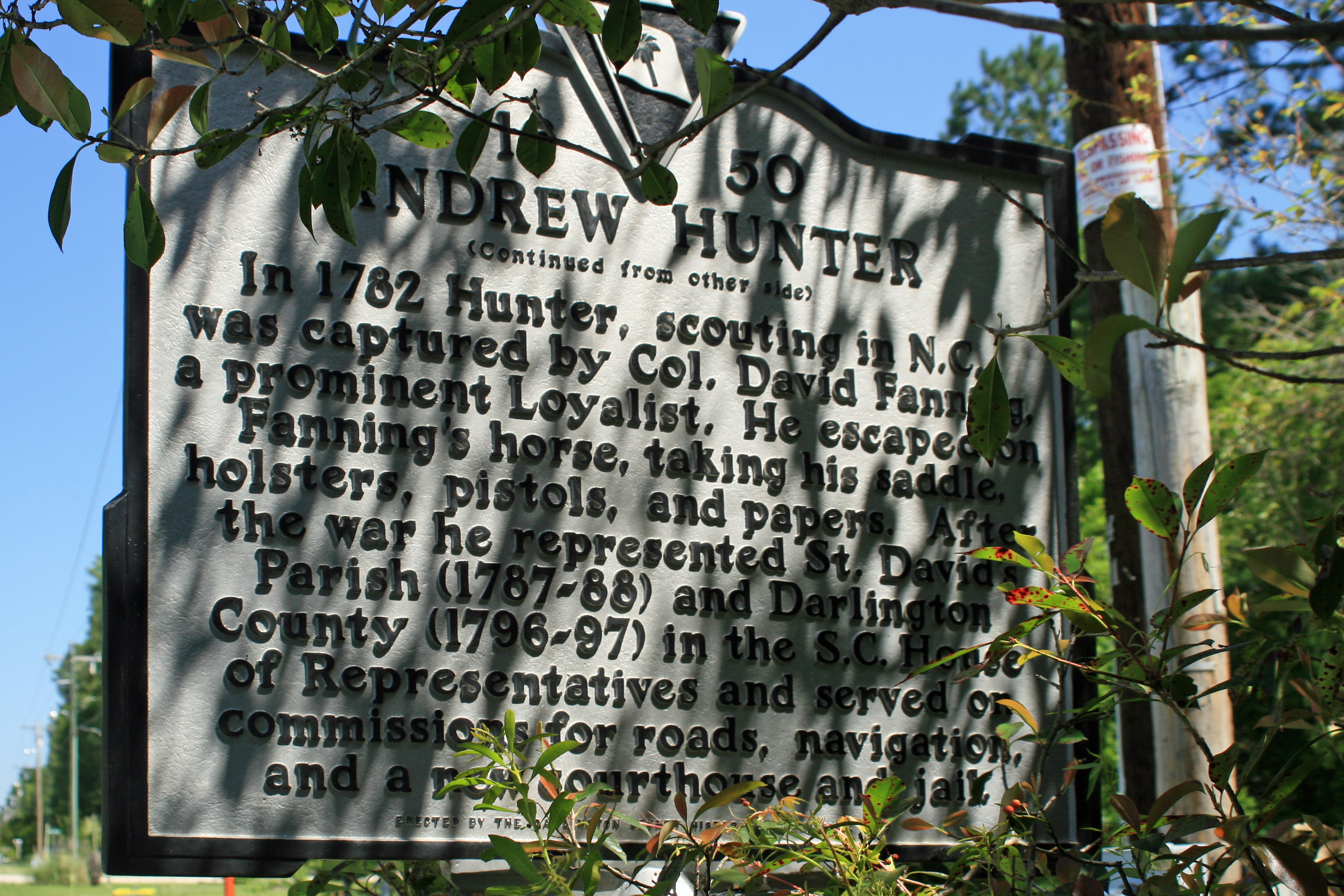 In 1782 Hunter, scouting in N.C., was captured by Col. David Fanning, a prominent Loyalist. He escaped on Fanning´s horse, taking his saddle, holsters, pistols, and papers. After the war, he represented St. David´s Parish (1787-88) and Darlington County (1796-97) in the S.C. House of Representatives and served on commissions for roads, navigation, and a new courthouse and jail.