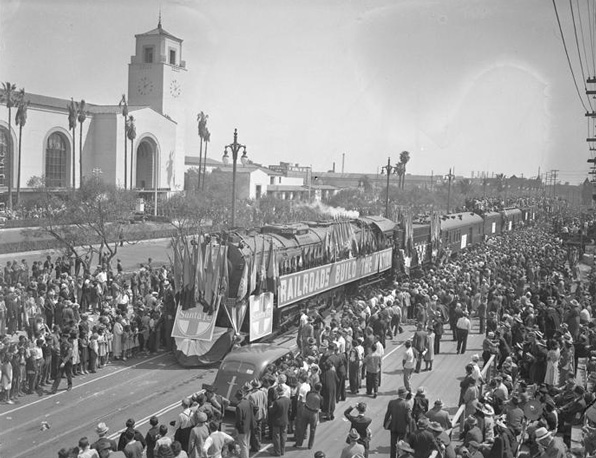 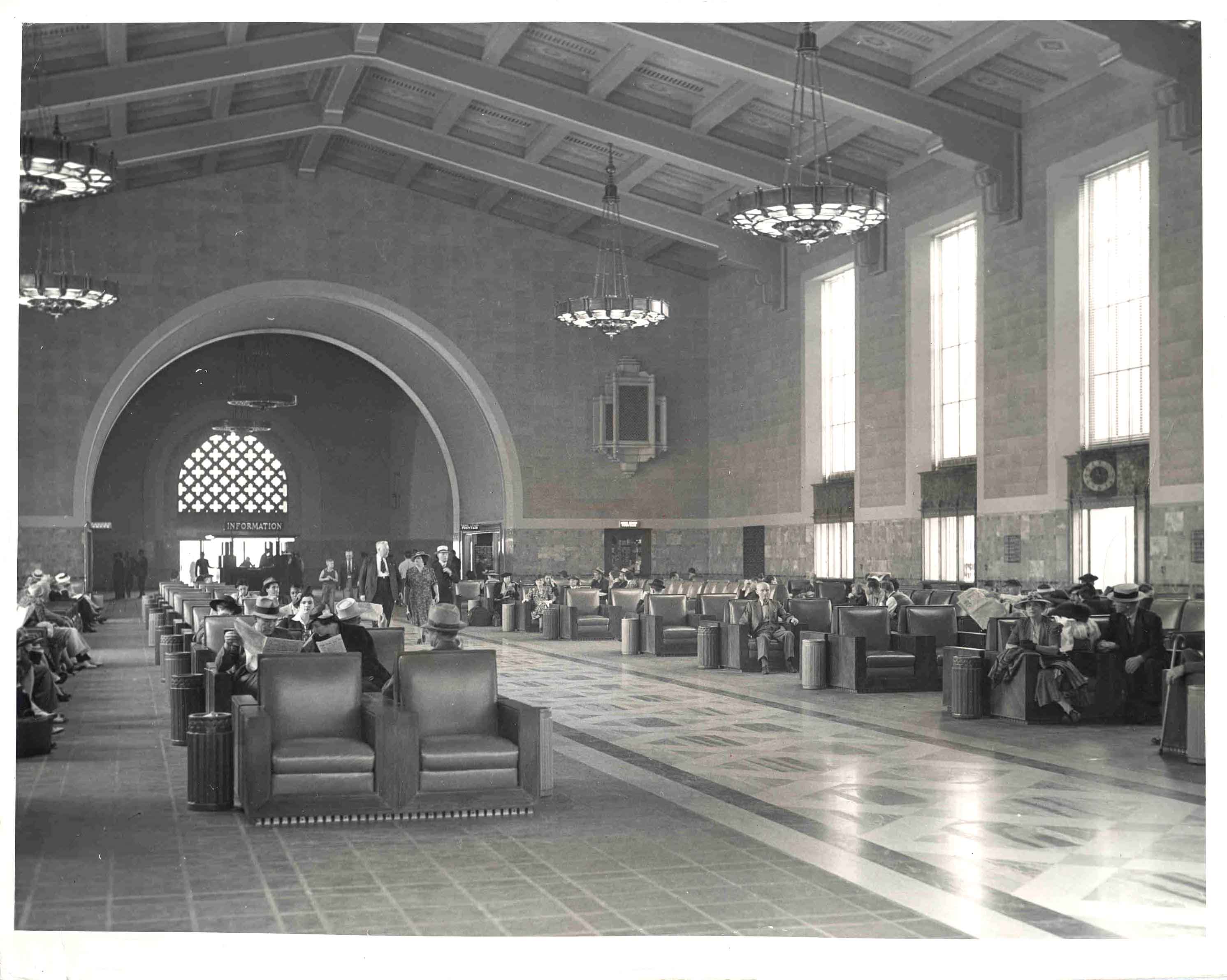 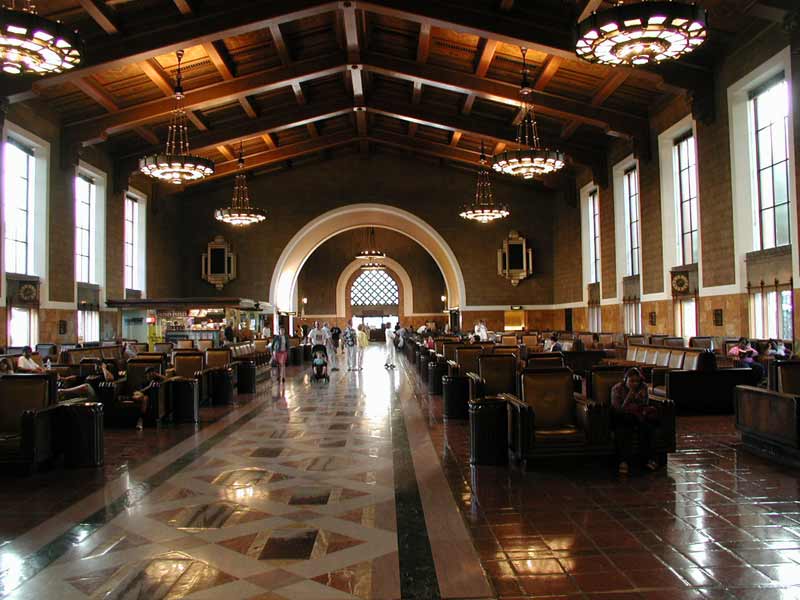 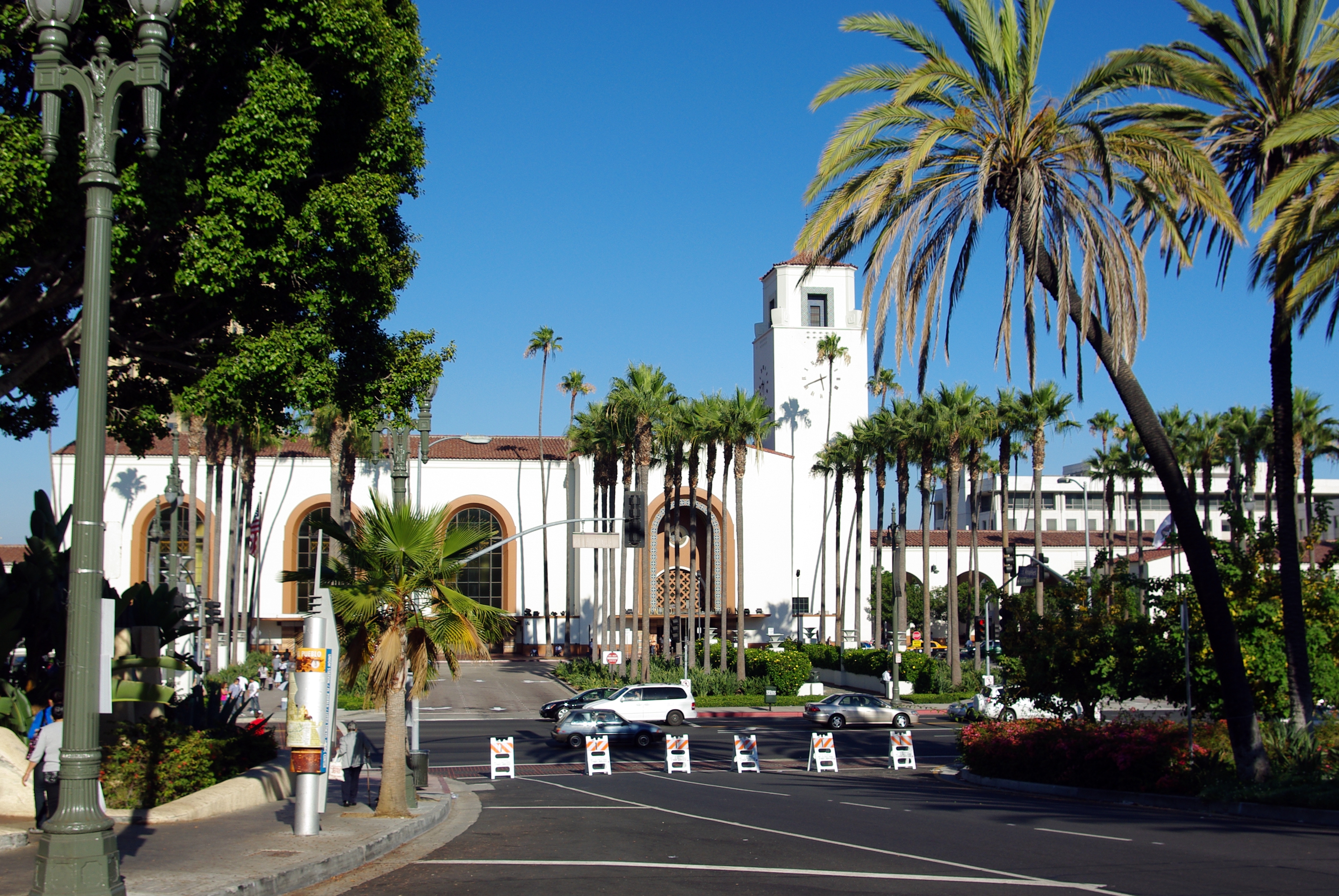 After years of public votes and a population boom in the 1920s, construction of Union Station in Los Angeles began in the mid 1930s. Union Station served as a consolidation of railways into one terminal including; Union Pacific, Santa Fe, Topeka, Atchison, and Southern Pacific. The cost of construction was shared by all railway companies. Union Station was completed in 1939 and conducted its first regular passenger service on May 7th. The station was used heavily during World War II as a major hub for troop movement. The site of Union Station is rich with history as it is located adjacent to the original Los Angeles settlement. This settlement was founded in 1781 by Spanish governor Felipe de Neve.1

Construction of Union Station reflected the racial prejudices of this era. The site of the station was set to be in what was the original Chinatown region of Los Angeles. This was the original center of the Chinese Community in Los Angeles. Many Chinese residents and business owners, along with some Mexican residents, were forced from their homes and businesses only to watch them be demolished in order to clear the way for Union Station. New Chinatown has since been moved west of its original location.3

Over the course of many years multiple services have been added to Union Station. In 1982 commuter rail between Union Station and Oxnard California was attempted but later abandoned. A second successful attempt was made in 1990 with the addition of Amtrak service. In 1992 Metrolink Commuter rail service was extended to San Bernardino and Ventura County California. Light rail service has been extended to Pasadena California and Metrolink has added service to Orange and Riverside Counties California.2

Today Union Station provides service to over 60,000 passengers each day. There are 16 tracks, 9 platforms, and 4 different railway lines. Railway lines include; Amtrak, Metrolink, Metro Rail, and Metro Liner. "The station itself is a reflection of the grandeur that is Los Angeles. In the waiting room, travelers stroll to their trains along terracotta tiled floors accented with inlaid marble strips. Walls are  clad with both travertine and early models of acoustical tile. Adjacent to the indoor waiting areas are beautiful enclosed garden patios and courtyards. These lush outdoor spaces were planned by landscape architect Tommy Tomson, who chose a selection of colorful and fragrant plants including orange trees, fan palms and espalier magnolias." 1